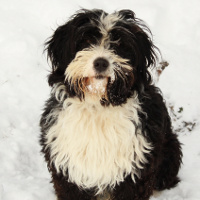 Orca's and Kodiak's pot of gold litter is doing so well and growing as they should. They're such a rainbow of colors that we don't really need ribbons to easily identify them!

This litter will be ready to go home after May 14th. The folks with deposits will start to choose the first weekend in May.

I have a deposit for each pup at this time. My next planned litter of medium bernedoodles will be from Liesl/Kodiak, expected the end of the year. See Tomorrow's pups for planned future litters. 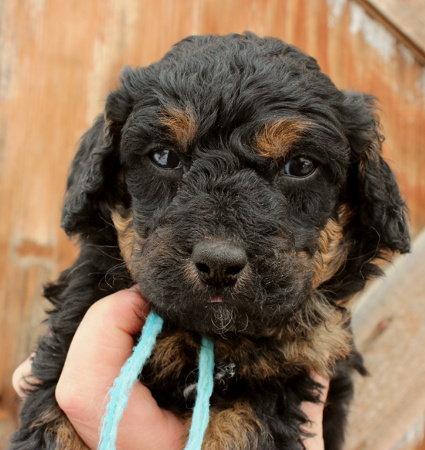 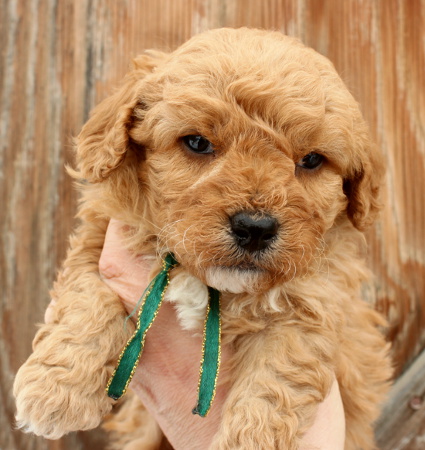 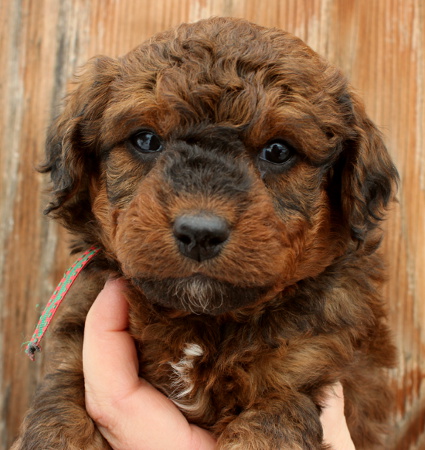 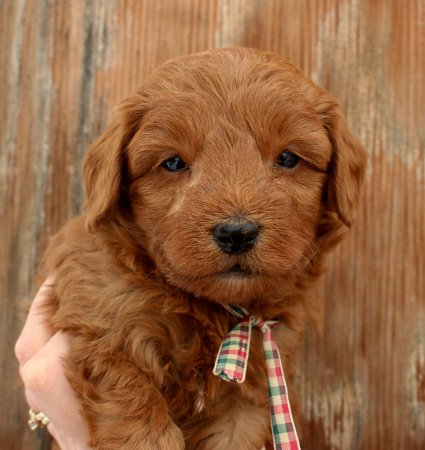 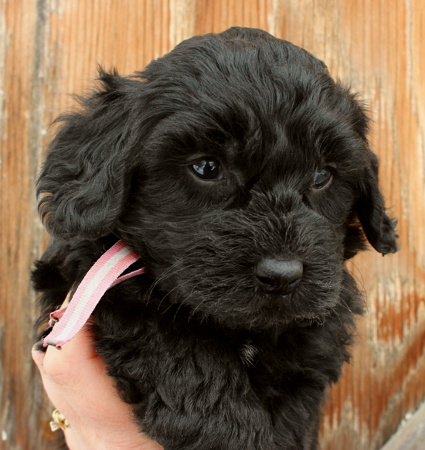 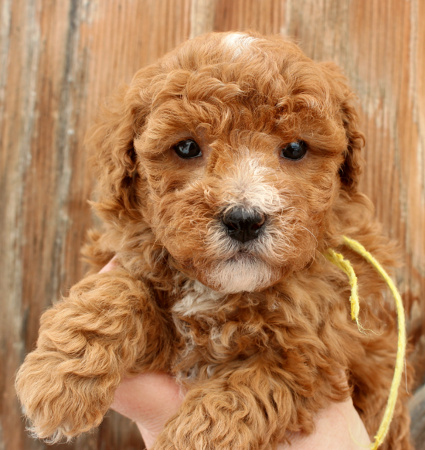 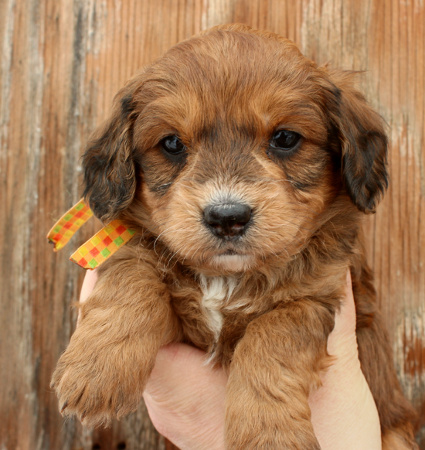 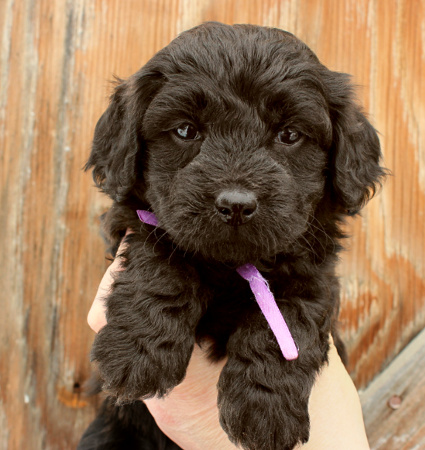 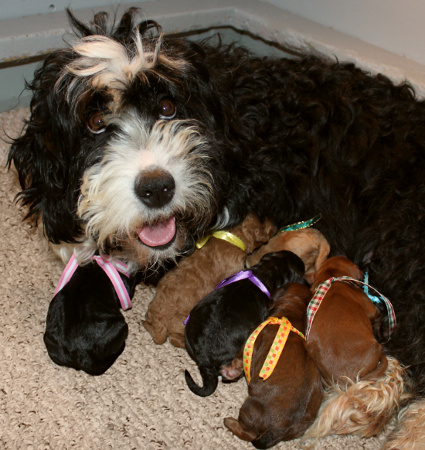 Orca's and Kodiak's newest litter was born March 19th, a few days early, and all is well with their beautiful litter of 8.

Orca had a long labour and we continued to check on her frequently, but then we had to leave to go to parent teacher interviews. She must have been waiting for us to quit hovering around her as she sure popped out her pups quickly after we left.

Orca was so proud to show me her litter of four boys and four girls when we returned. There are a rainbow of colours, very much like last year's litter. There is one male and one female of the tri-coloured sable/masked puppies, one phantom male with white on his chest, one pure black girl, one pure dark brown girl, and one girl and two boys in various shades of apricot with white markings.

Since they were born so close to St. Patrick's Day we decided to name them with that theme. The boys are Danny Boy, Green, Leprechaun, and St. Patrick. The girls are Clover, Goldy, Rainbow and Shamrock.

I do have room to take more deposits on this litter. The pups will be ready to go home mid-May, and choosing will happen the first weekend in May. See how our choosing process works in our FAQ. 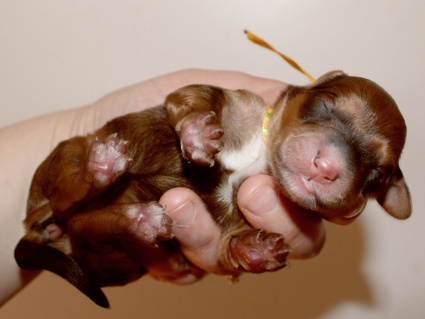