Josey's and Ryder's pups are almost a month old! They're like little munchkins as they're so much smaller than the pups we normally have. The pups will be ready to go home just after Easter.

We had a couple of people back out of adopting from this litter because of timing and now we have one spot available. I don't know which pups will be left until the choosing happens (after April 5th). 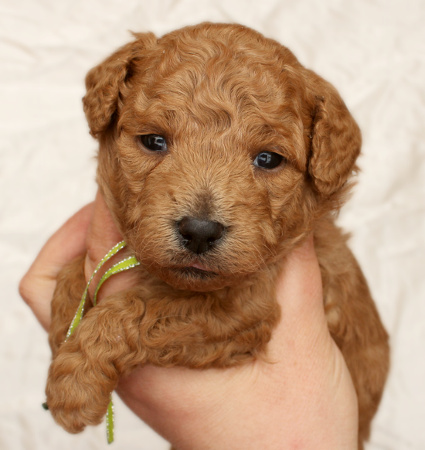 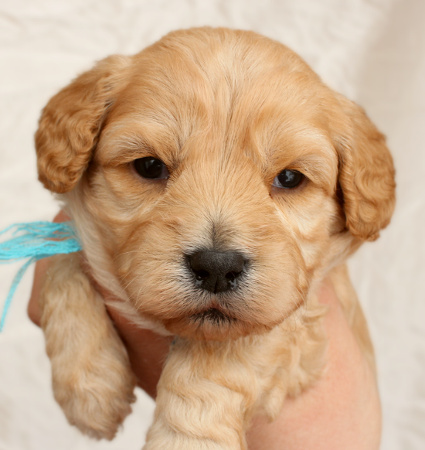 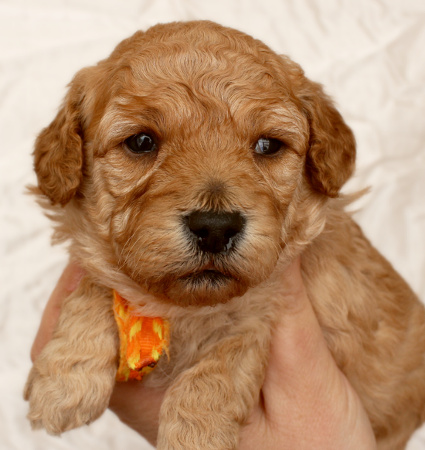 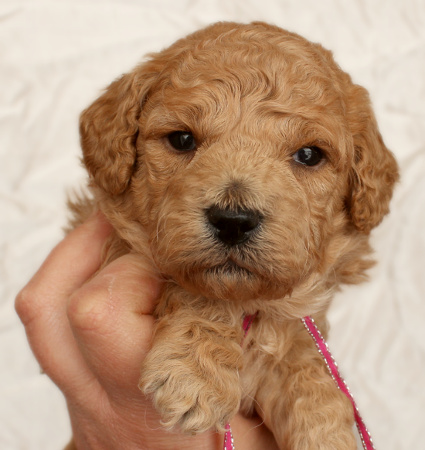 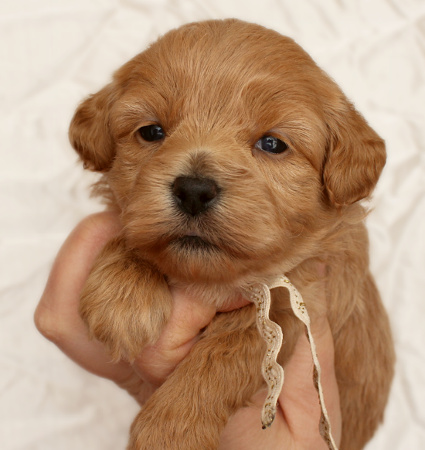 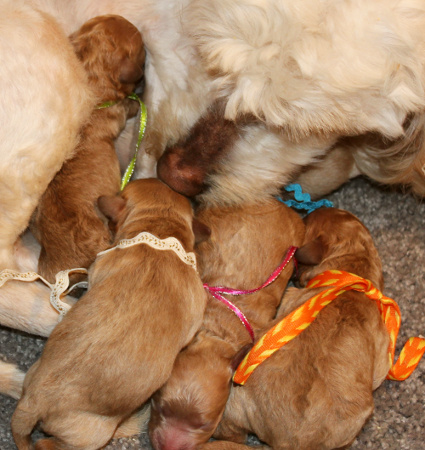 Josey and Ryder are proud parents of 5 beautiful babies. There are 3 boys and 2 girls. Josey was hiding them well and keeping this pregnancy a secret as long as she could! She remarkably didn't start to really show until just 5 days before she gave birth.

Although they don't look it in the photos, the pups are only about 200 grams each! Josey and Ryder always give us such nice pups. They'll likely range from 12-25 lbs and be cream to apricot in colour.

The theme for this litter comes from the Disney movie, "Frozen" (we think this is a must-see movie... for young and old alike). The boys are named Kristoff, Olaf and Sven. The girls are Anna and Elsa. They'll be thawed out and ready to go home just after Easter, April 23rd :)

These pups are also spoken for.