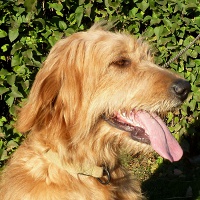 UNO is growing faster than a weed and has quite a little character developing. At a wham-ping 3.4kg in just 4 weeks it will be most interesting to see how his growth continues once he becomes more mobile (and loses some of his baby fat from being the only participant of rich milk bar). lol!

UNO is spoken for at this time and will go to his new home on the March 7th weekend. 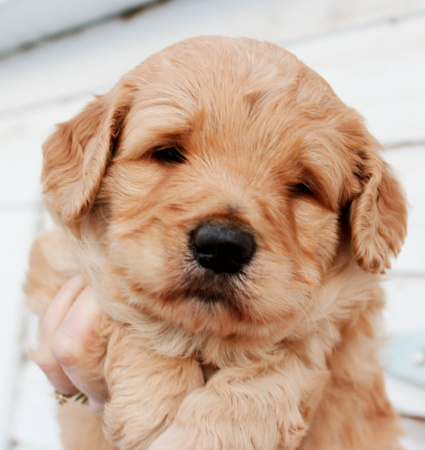 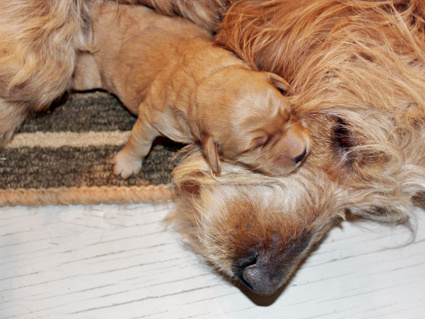 Skittles gave birth on her due date -- January 10, 2014 -- and had a singleton! Litters with just one pup haven't happened very often in my last 10 years of breeding, but it does on occasion. We decided to call the pup UNO, after the card game, and he is one handsome little guy.

We're hoping that when Kazzi whelps she'll be able to share a pup or two with Skittles so that little UNO will have someone his own age to play with.

I already have people on my deposit list wanting a pup just like him, so UNO's hand (paw?) has already been played.