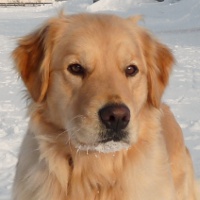 Autumn's pups are a sweet and adorable bunch. They have the same distinct look of the past 3 litters that Dayo and Autumn have made in the past. The pups will be ready to go home when they're 8 weeks old, on February 10th.

All the pups are spoken for at this time. 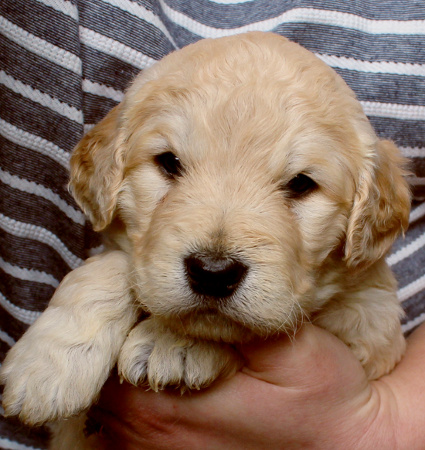 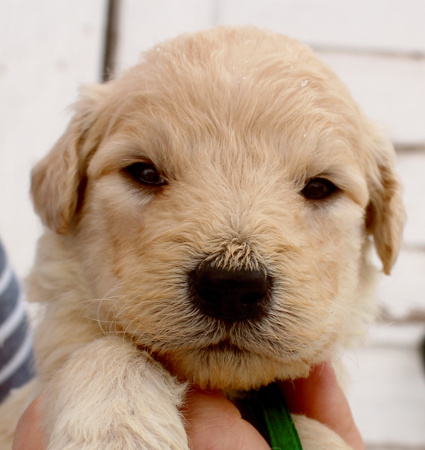 Jep: cream male ~ green ribbon -- ADOPTED
Jep is the smallest of the litter, but has recently taken a turn. He's working really hard to catch up with his litter mates :) 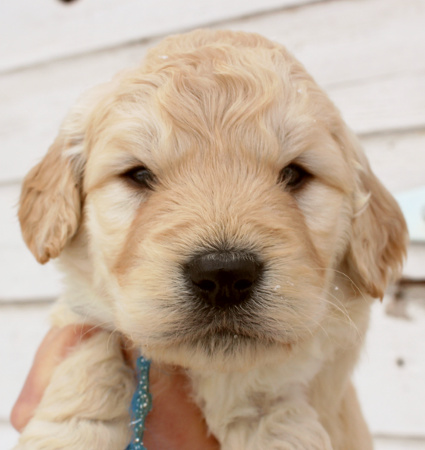 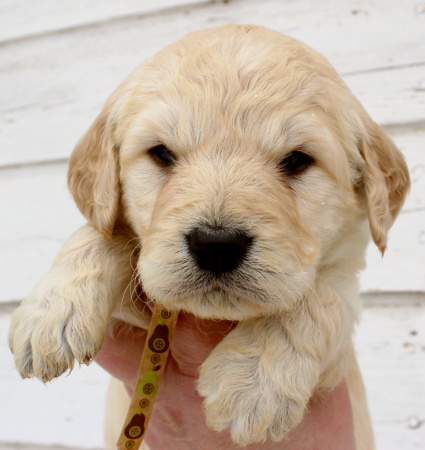 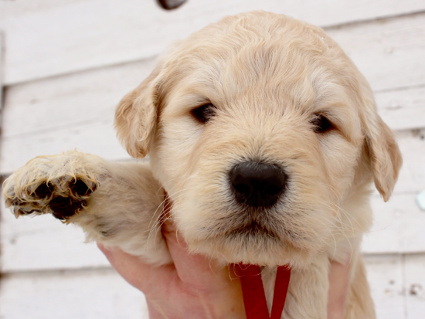 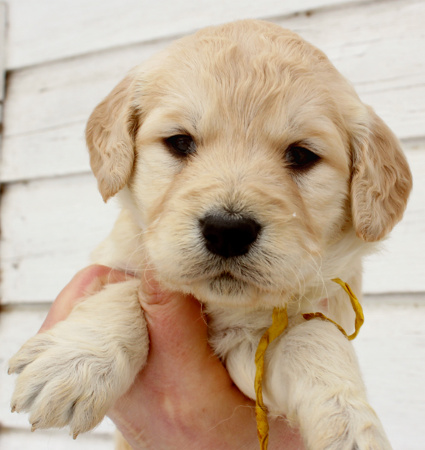 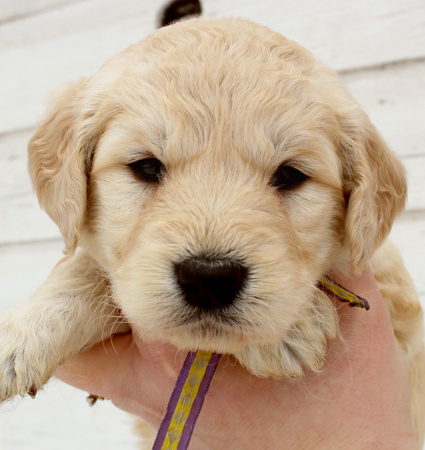 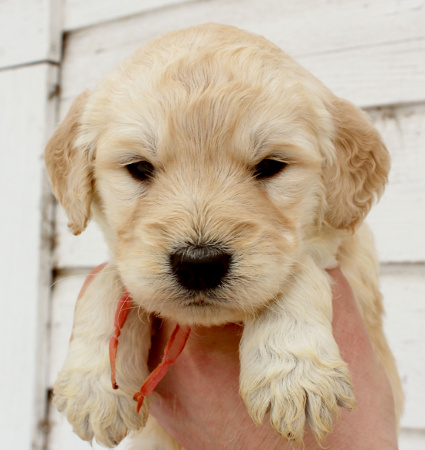 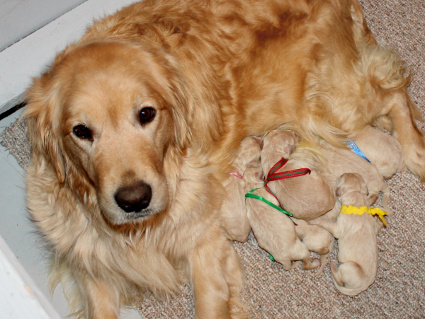 Autumn's and Dayo's pups were born in the early hours of December 16th. Autumn is an attentive mama, and is an old pro with her pups (this is her last litter). There are 5 handsome boys and 3 beautiful girls. They're named after the TV series, Duck Dynasty. The boys are Phil, Willie, Si, Jase, and Jep. The girls are Kay, Korie, and Missy.

Autumn and Dayo's pups normally become very light cream in colour. The weights of their previous pups have ranged from 45-90 lbs. I'm still taking a couple more deposits on this litter. They will be ready to go to their new homes February 11, 2014. 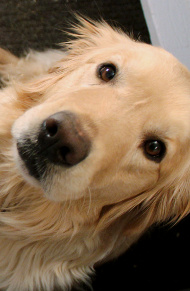