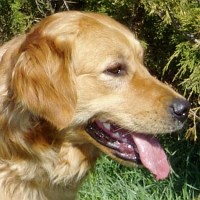 Luigi has a home!
January 15

Thank you for all of your inquiries. Luigi has now found a new home with a great family!

Luigi's last family called him "the perfect pup," but due to a member in his last family showing asthma complications Luigi is now available for adoption. Luigi comes when called, is polite, sits next to whomever called him and waits to be petted. He's an outgoing, loving, smart pup who loves kids, has amazing potential and will make someone an wonderful companion.

Although Luigi is still getting used to the kennel he sleeps throughout the night. He enjoys hanging out with his mom but really needs to be in his own home. 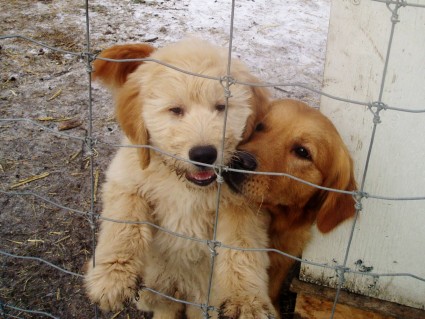 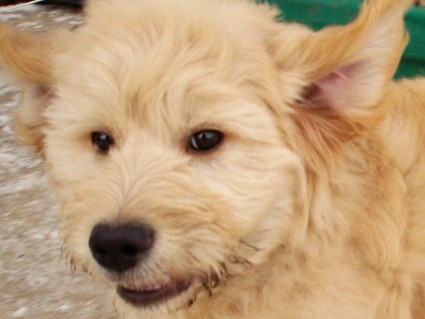 "I can do imitations... this is my jester look." 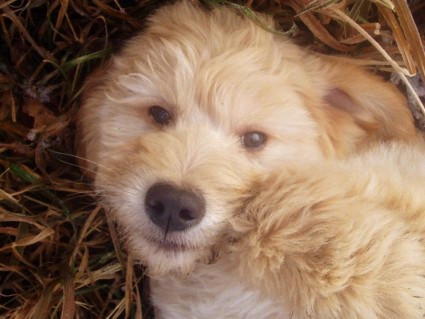 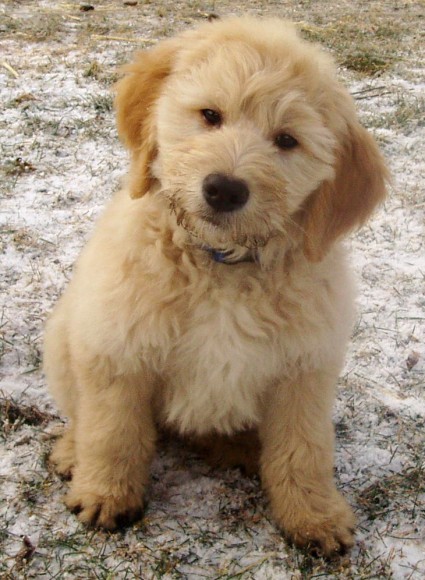 All of Zoey's pups are now adopted
December 5

As of this morning all of Zoey's pups are adopted... AND they will all be in their new homes before Christmas!

Zoey's pups' personalities are still evolving and generally not one pup really stands out yet as being super hyper or shy. Both parents have sound personalities and have a great sense of humour. These pups have great potential.

The pups are now starting on a diet of solid food -- soft puppy food and raw meat. This week's raw meat special is venison. They are doing well in our puppy program and are getting aquainted with our daily routines... and now they've also discovered that shoe laces are such amazing little forms of entertainment! 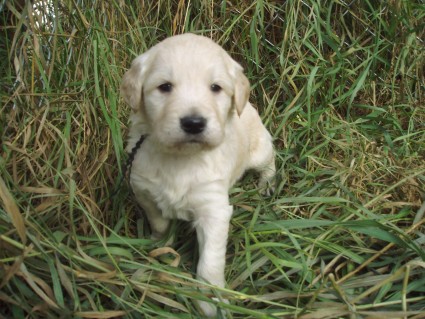 Hank is a big boy with a fun personality, now named Turner. -- ADOPTED 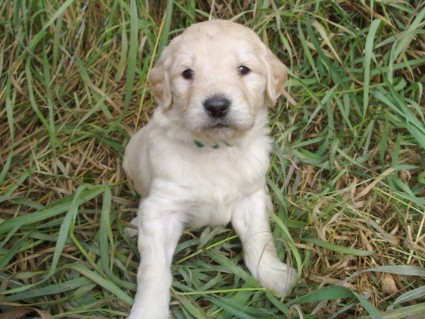 Oscar is wavier and has no problem going to play on his own. -- ADOPTED 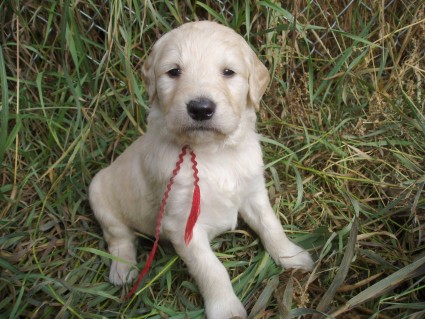 Davis is playful and handsome -- kind of looks like a cop eh? -- ADOPTED 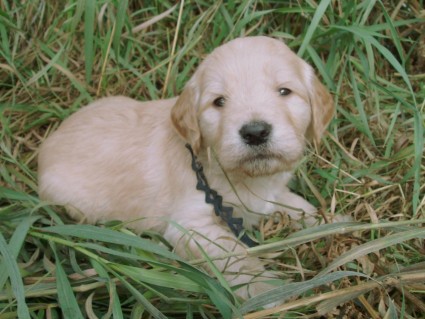 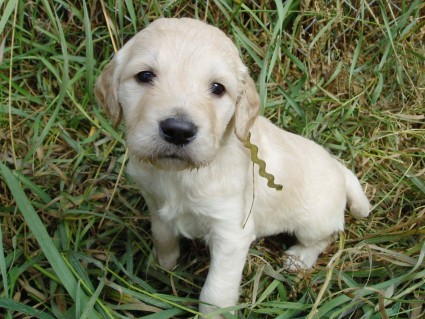 K. Pelly is a big boy and is friendly and quiet. -- ADOPTED 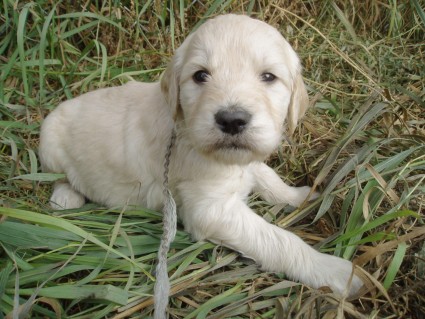 River is the smallest boy, playful, but soft spoken. -- ADOPTED 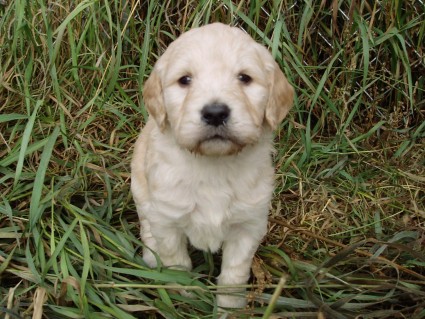 Emma is the biggest, waviest girl and is mellow. -- ADOPTED 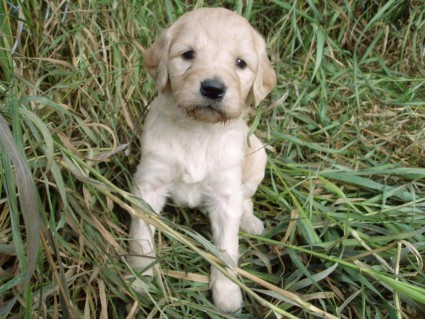 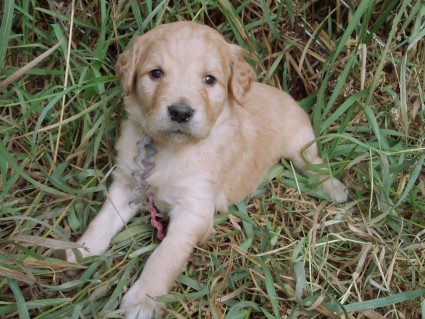 Wanda is playful and fun; she has the most red tones in her coat. -- ADOPTED

Zoey is a natural at motherhood (she had most of them on her own). I'm always amazed when the new moms know extactly what to do and are so careful and loving towards their little litter of pups.

The pups are named after one of our favorite sitcoms on Monday night - "CornerGas":

Those are the main characters' names. The last pup is named after the fictional town's name, "Dog River"... so he is "River". 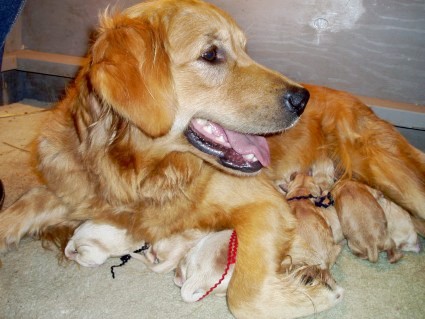 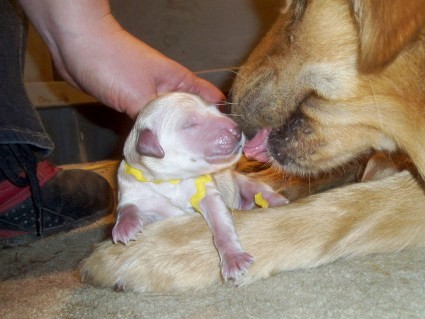 K. Pelly gets a kiss