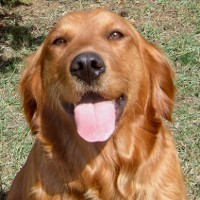 At this time both pups are spoken for.

These 2 boys are REALLY enjoying their milk bar... they're growing quickly, but will soon slim down when they start to walk. I have a deposit for one of these for certain and will take one more deposit.

They'll be ready to go to their new homes on January 24th. 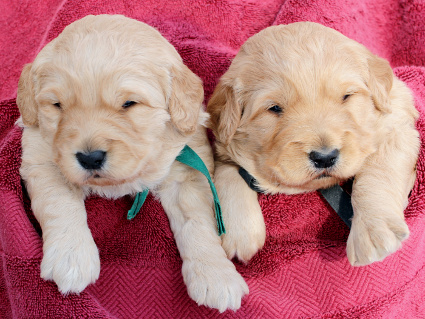 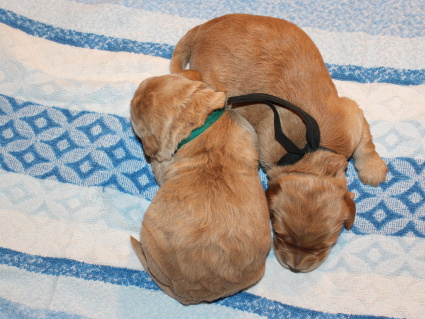 After a very long labour that started a week later than we expected, Brio was happy to present us with all she had... 2 BIG boy puppies!!

We knew this was not going to be a big litter as Brio just had not been showing very much. But when King was born he became one of the biggest pups, at 600g (1.3lbs), I have ever birthed here at Hearty K9s. I've heard stories of pups from small litters growing very large in utero and this certainly was the case with these two.

Country is big too, so now we'll wait to see how they grow. They have a lot of milk bar to share!! I don't think these guys will stay very 'mini' in size the way they look now. Time will tell.

King and Country will be able to go home January 24th. These pups are likely already spoken for unless someone changes their mind. Our next litter of F1 mini/medium pups we hope will be from Winnie and Ryder later this spring/summer. 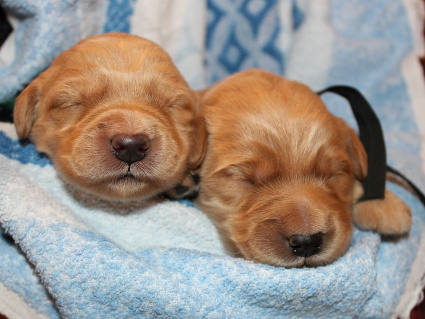