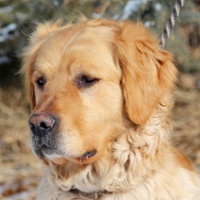 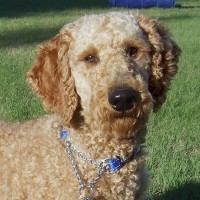 All five remaining pups of Kindle's litter checked out healthy and are doing wonderful. They're all adopted. Thanks to those who voiced their concerns, condolences and prayers.

We're very sad to inform you of a very unusual and difficult week.

Last week on Tuesday morning Kindle's litter was seemingly happy and healthy, but when I was doing routine dog and puppy chores in the evening we found a dead pup and 2 sick ones. Despite the amazing help from my vet, medications, and being very watchful and diligent, they died within hours of onset. Whatever was hitting these pups was acting very quickly.

Autopsy showed they died of septicemia and pathology reports received Friday showed it was bacterial, not viral (which is good), but there were no answers for cause or reason. This has never happened to us before at Hearty K9s. We are emotionally and physically exhausted but remain hopeful that this is now behind us.

We did lose 5 pups out of the 10. The vet believes the 5 that remain survived because they have the best immune systems. There are 4 girls and 1 boy remaining.

This litter has been nothing short of beautiful from the get-go. Everyday I would say Wow!! It's hard to believe that only ½ of them are with us still.

These pups will be ready to go to their new homes on January 16th but they're are all spoken for. Our next litter of F1 standard goldendoodles will be from Autumn/Dayo this spring. See tomorrow's pups. 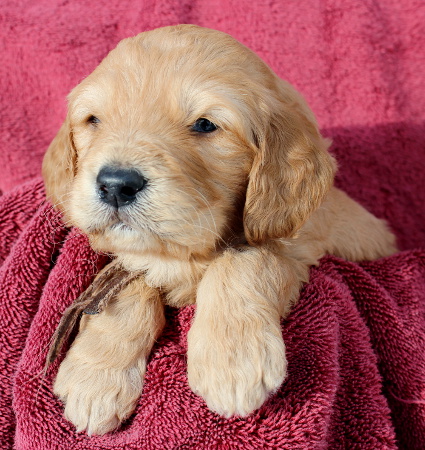 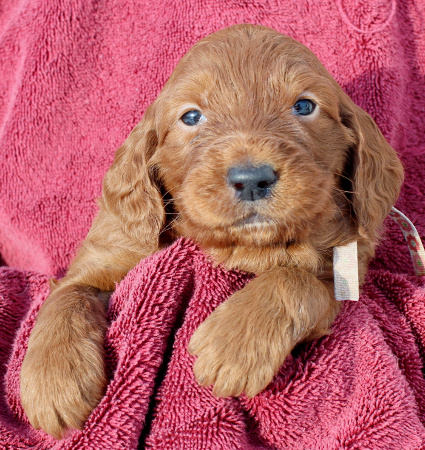 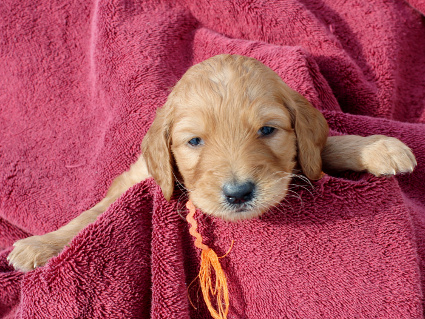 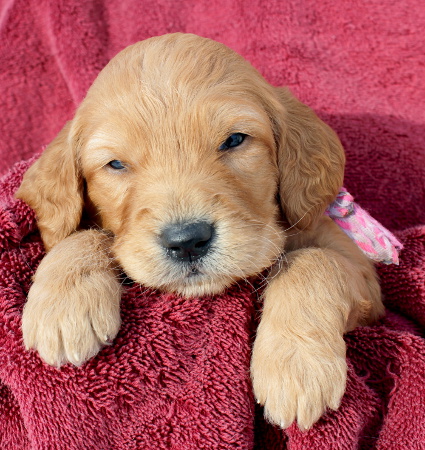 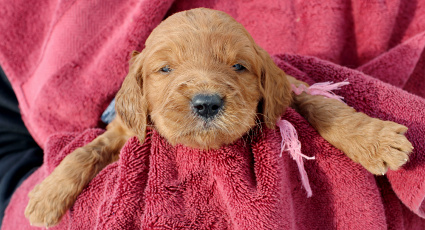 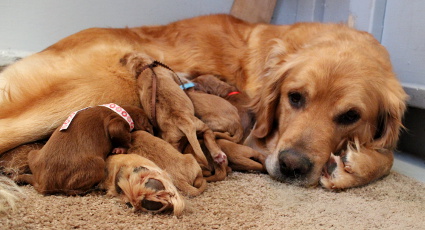 As snowflakes dropped thick into our yard on Tuesday evening I hoped that the barometric pressure change would bring Kindle into a long awaited labour. Sure enough, at 8:30 on Wednesday morning, November 21st, Kindle started giving birth to a beautiful litter of F1 goldendoodles -- and by 2:30 in the afternoon she was finished with 10 pups.

There are 3 boys and 7 girls. They range in shades of dark apricot (red) to lighter apricot colors. I imagine their sizes will range from 50-80 lbs.

We decided to name this litter after brands of running shoes, as Kindle and Brixx are both very athletic. The boys are named: Toms, Bobs, and George. The girls are: Nike, Reebok, Adidas, Puma, Boca Brooks and Avia.