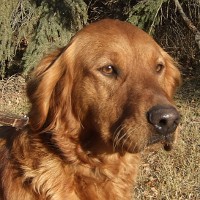 Peachy's pups are such bright and beautiful pups. What a treasure to behold! I've grown quite fond of these little ones and you may get a glimpse as to why in these photos.

All of these pups are spoken for and the choosing process for them will happen at the end of September to beginning of October. They'll be ready to go to their new homes October 11th.

Our next F1 standard goldendoodles (Kindle's and Brixx' pups) will be ready to go home in January if all goes well. 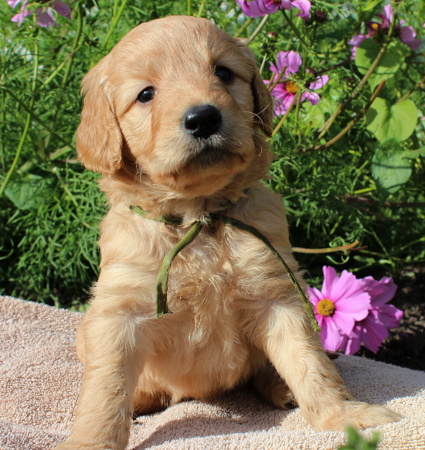 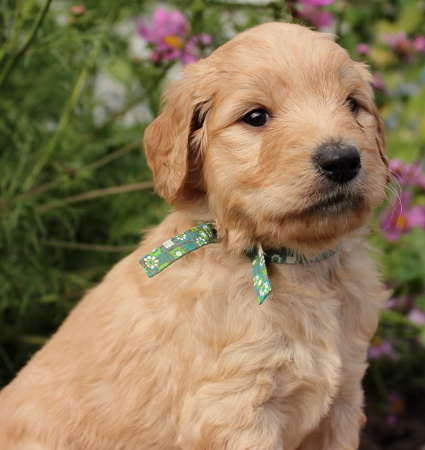 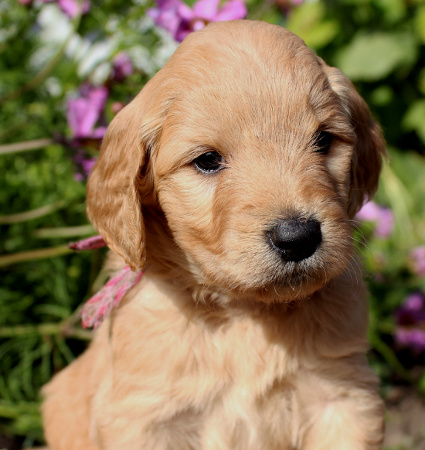 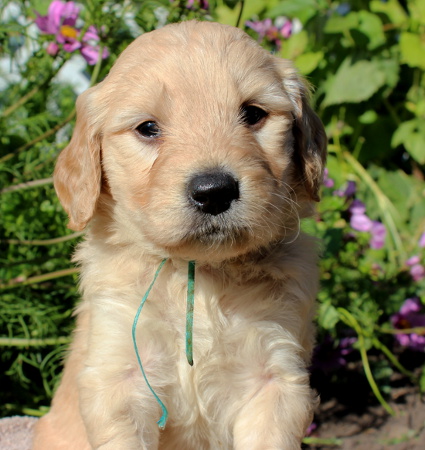 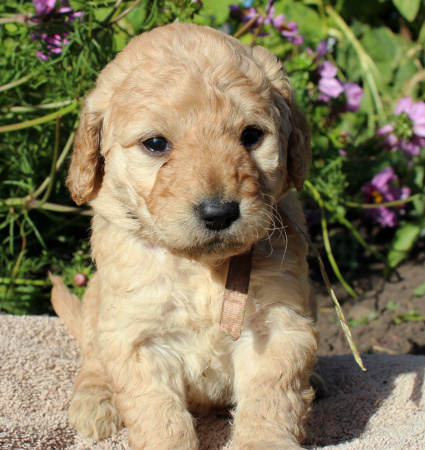 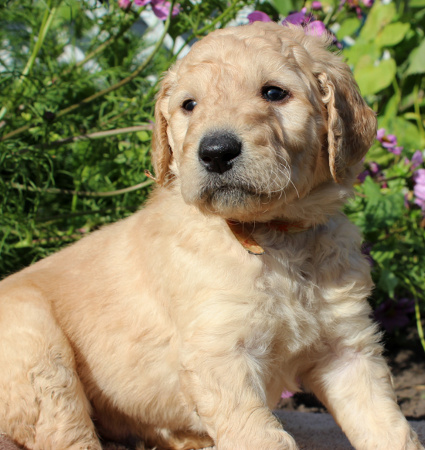 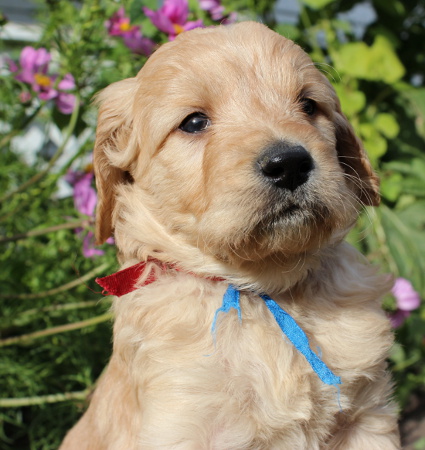 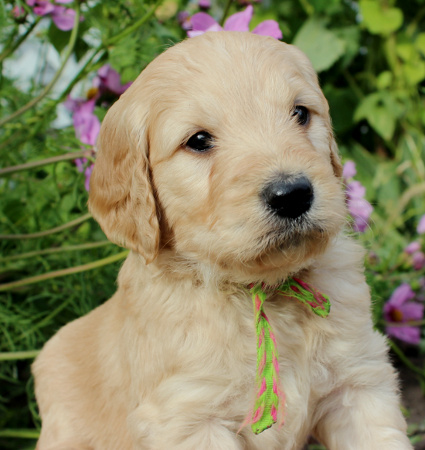 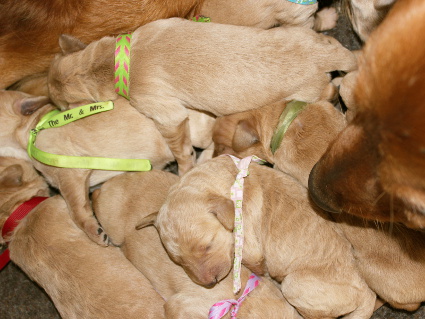 Peachy and Dayo are as proud as punch to announce their fourth and final litter together: nine beautiful pups born during the day on August 16th and they're all doing well. There's a variety of light apricots and creams... very typical of their previous litters. I expect these pups to range in size from 40-65 lbs with a variety of coats as well.

Being camping season we thought this would be a good theme to go with for naming them. The boys are Coleman, Sparky, S'more, Current, Napper and Bacon. The girls are River, Ember and Marshmallow.

These pups can go to their new homes on October 11th, shortly after Thanks-giving. We're still taking more deposits on this litter. 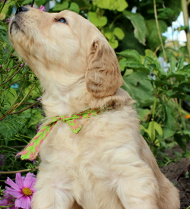