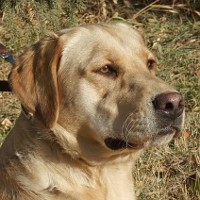 Sugar's and Horton's North American Retriever Doodle pups (Sugar is 1/2 Golden and 1/2 Lab retriever, Horton is a moyen Poodle) are growing fast and doing very well. They're as cute as buttons and quite a variety of sizes and coats.

They'll likely range from 35-70 lbs in weight. Some will have coats that shed, and others not as much (the softer and longer, and curlier a coat is as a pup, the less they'll shed but if their coat is shorter and course, then their chances of shedding increases). These pups can be chosen at 6 weeks and will be ready to go home September 18th.

I still have a few openings for this litter. Please contact us if you're interested in one of these adorable pups. 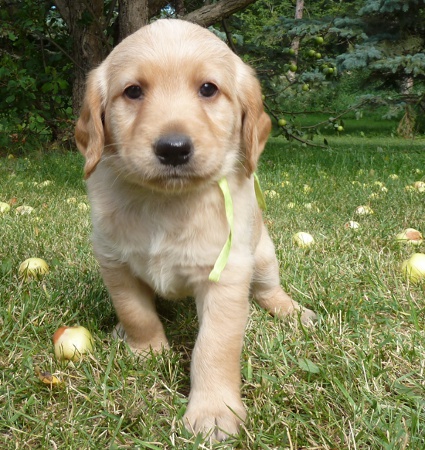 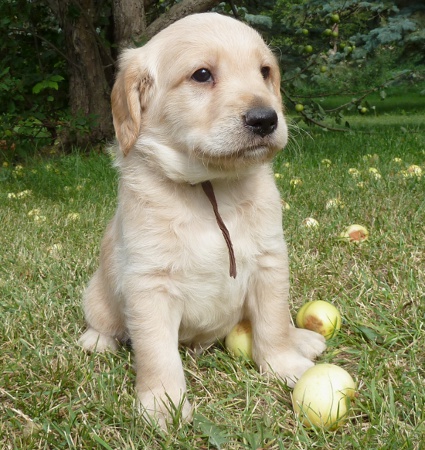 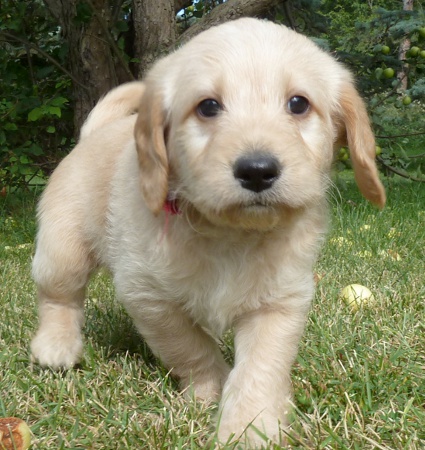 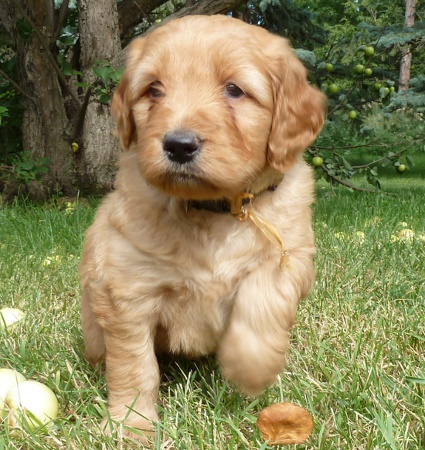 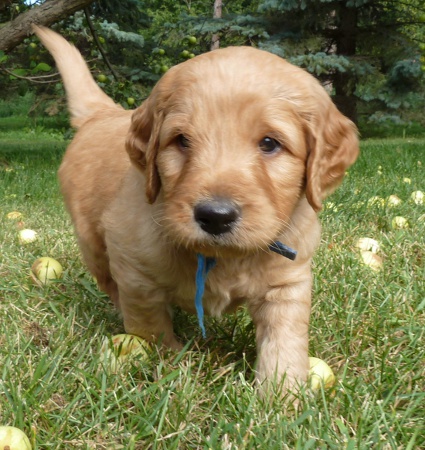 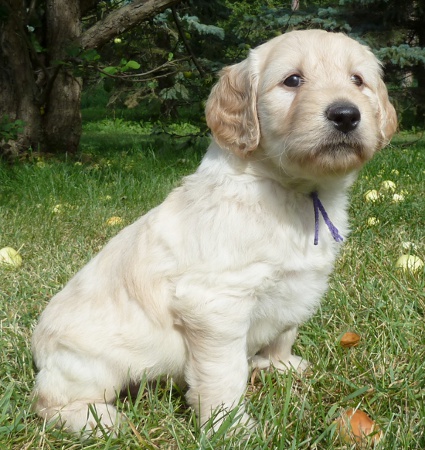 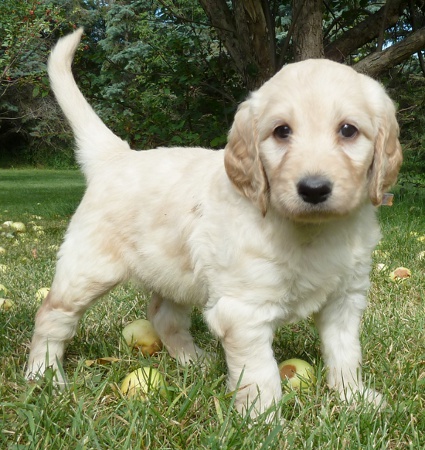 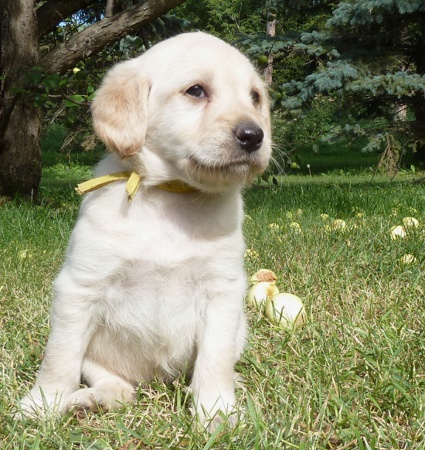 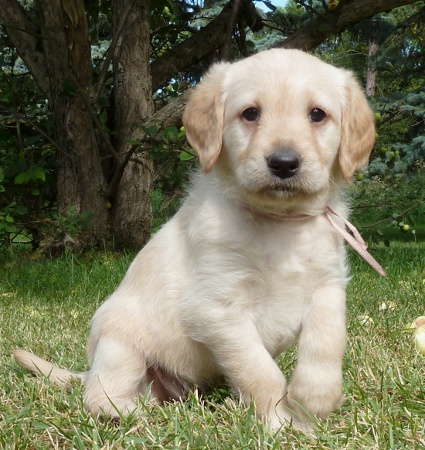 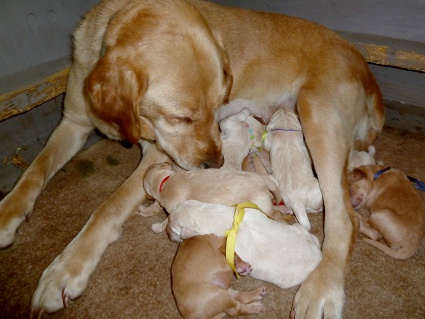 We're very pleased to announce that Sugar and Horton had their pups on July 24th -- nine beautiful bouncing babies, 5 of which are girls, and 4 boys.

These pups are already growing like weeds. Sugar has very rich milk and lots of it. We believe the pups will vary in size from 35-70 lbs (because of their daddy's moyen background where his mom was a standard poodle and his dad was a miniature). Their colours range from almost white and cream, to varying shades of apricot.

The kids have named this litter after Bible characters: the boy's names are; Abraham, Jeremiah, Malachi, and Moses, and the girls are named: Esther, Martha, Miriam, Naomi and Ruth.

These pups will be ready to go home September 18, 2011. We're still taking deposits for this litter.