My how time flies! Both Josey's and Lorelie's pups are so much smaller in size than what I've been used to seeing all year that I can hardly believe they're almost 5 weeks old!

They're just as cute as buttons and so much fun! Josey's pups vary in size quite a bit. Duchess and Patricia are the smaller ones. Tillie is the biggest, followed by Gem. They'll likely grow to be 18-35 lbs or so.

Between Lorelie's and Josey's litters I do have a couple of pups still available for adoption, but I won't know which ones until the second weekend in July. Josey's pups will be ready to go to their new homes on July 19th. 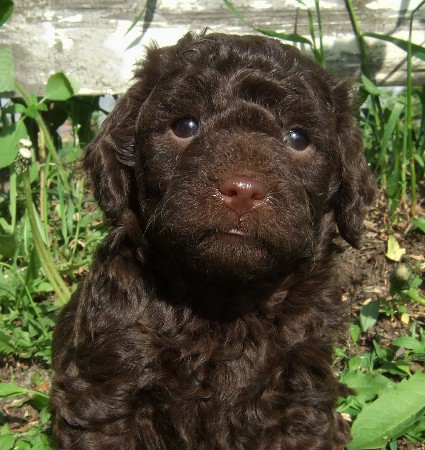 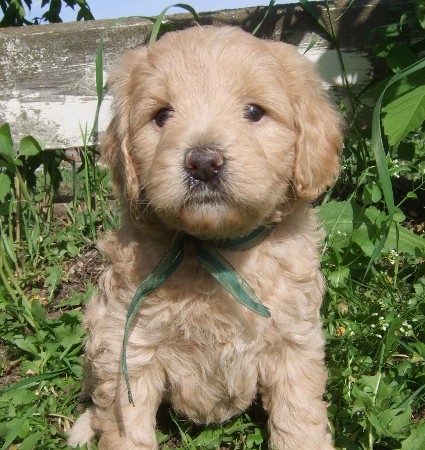 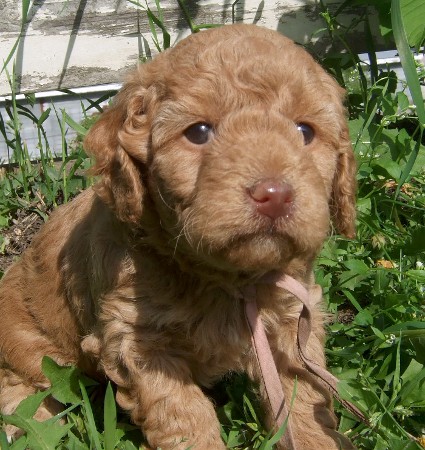 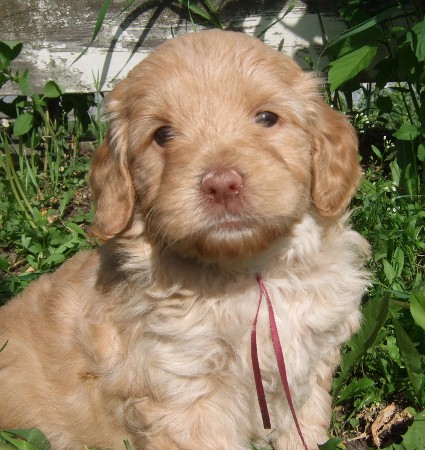 Announcing the arrival of Josey's and Kodiak's pups born on May 20th!
May 27 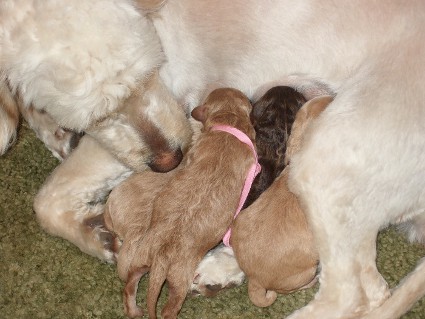 We're pleased to announce the safe arrival of 4 beautiful girl F1B mini goldendoodles! There are 3 apricots and 1 chocolate. They'll likely weigh from 15-30 lbs and will be ready to go to their new homes by July 15, 2010.

The pups are named after a few small towns we passed when we went to a friend's wedding in Medicine Hat on May long. They are Tillie, Duchess, Gem and Patricia.

I have enough deposits presently for these pups.