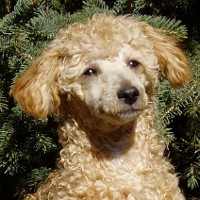 Dude is proud of his litter as they are growing much bigger than he is. He likes to jump into the nursery and visit but he almost has to stand on his tip-toes to keep them in line. We, on the other hand, were hoping these pups would have been smaller. It looks like they took on the bigger genes. We still have 4 pups from this litter that are not spoken for.

Here are all of their photos. 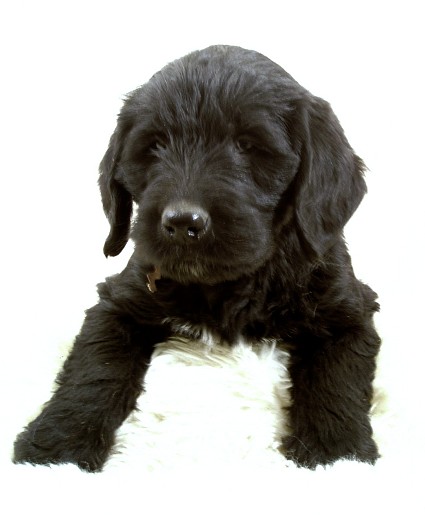 Annie is gentle, shy and a bit timid but very snuggly. -- ADOPTED 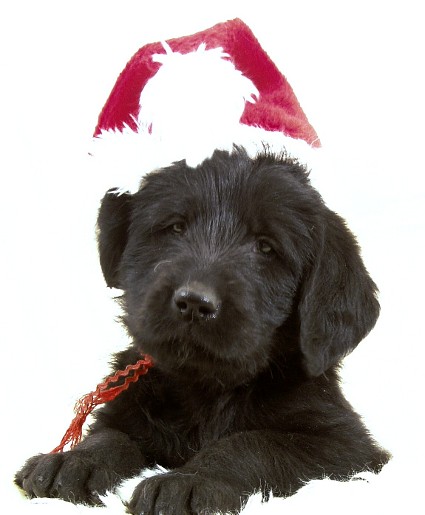 Archie is a cute, affectionate, goofy guy who likes to hang around with you. -- ADOPTED 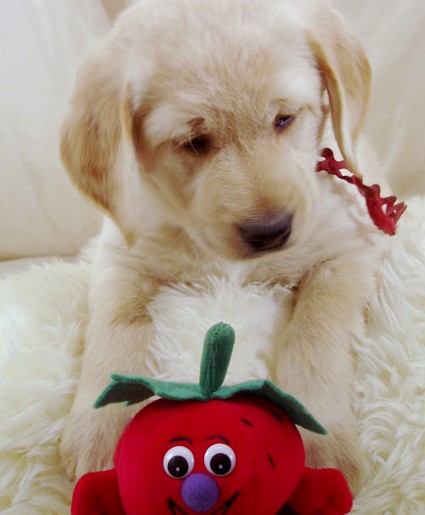 Bob the Tomato is outgoing, patient and a real card. -- ADOPTED 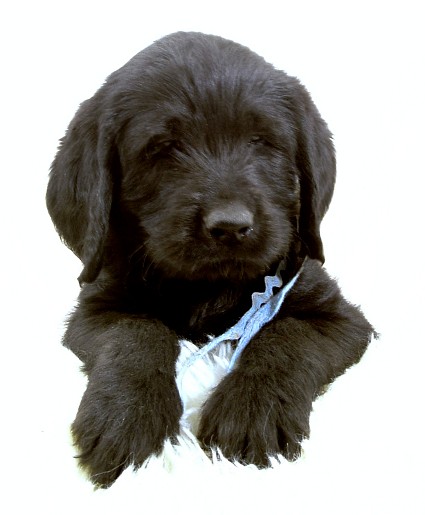 Gerry is a big boy, plays well on his own, and is curious and fun. -- ADOPTED 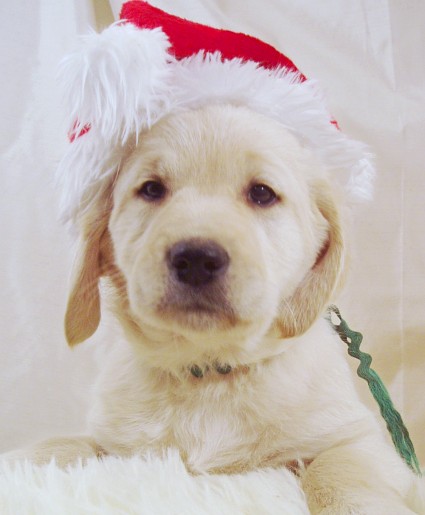 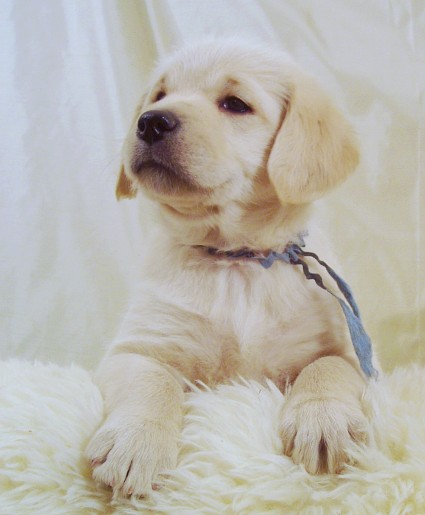 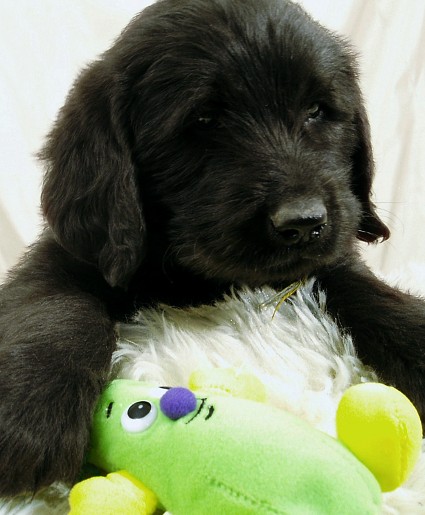 Larry is a quiet, shy character, likes to cuddle but is happy sitting back to watch the action. -- ADOPTED 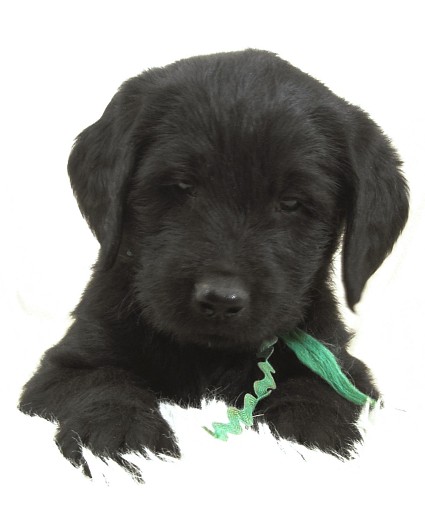 Phillipe is the smallest boy and full of character and love. -- ADOPTED 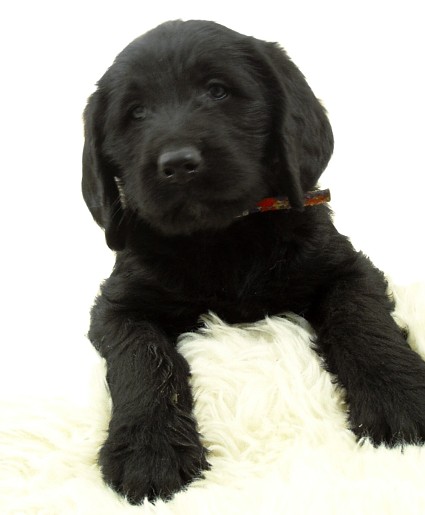 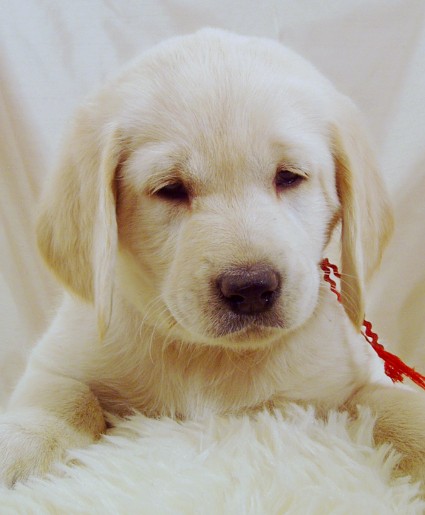 Qwerty is a big boy who is snuggly, goofy, and gentle. -- ADOPTED

We're very happy to announce that Callie and Dude are proud parents of 8 boys and 2 girls. The 2 girls are black, and there are 4 black and 4 cream boys. Proud Papa Dude keeps wanting to sneek a peek and quizzes the pups, "Who's your Daddy?"

Callie is rightfully exhausted. While Grandma Sonia here was making sure every pup was getting something to eat Callie fell sound asleep and snored, and snored... I wish I'd had a video camera. Callie is an awesome Mom. With her's and Dude's character these pups will have awesome personalities.

Callie is an 85 lb lab and Dude is our 10 lb stud muffin. We hope their pups will stay under 40-50 lbs as adults (considered a medium size). We'll know more when they're 5-6 weeks old. 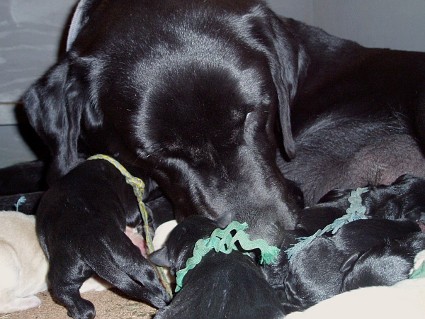 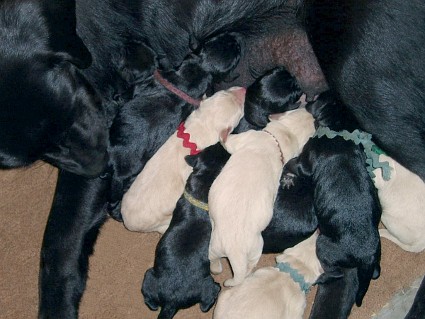