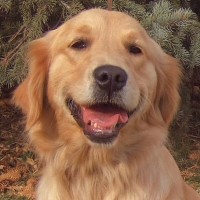 Fir has been adopted!
January 24

I had 9 families come today and was in the barn for most of the day. I'm glad I'm taking tomorrow off to do the family thing with my brothers and sister.

Fir has been adopted and now all the pups from Becca's litter have found homes.

All of this litter was spoken for but a couple of people had a change of plans... so now we have one handsome boy left! 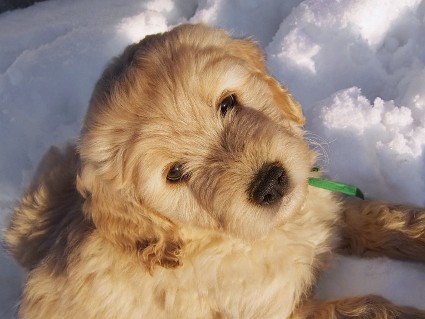 Fir is the biggest boy in Becca's litter and he has a very playful, assertive personality. He has a great coat and will likely grow to weigh around the 30-35 lb mark. -- ADOPTED

It's been another busy week and weekend! Things are coming together well but we still have a lot of standard-sized pups to find good homes for.


All are now chosen, but it turns out that for the moment Fir is still available for adoption.

I was very excited to train a couple of people to come and help me socialize pups. I had been getting a bit worn out lately and am relieved with the extra help. The gals are working out really well. The only disadvantage for me is that I don't get to know the pups as well. But I do get to catch up on the details one way or another.

The kids are just too busy with their homework, swimming and piano lessons to have them commit to 2-3 hours of socializing daily!

It's been a very busy couple of days! I've had several people come this weekend to choose which pup they want. Here's the summary!

The rest of the litter is spoken for but not yet chosen.

Becca's pups look like little munchkins compared to the other litters. They're all cream in colour and are certainly "minis".

Most of these pups are spoken for, but there may be a male left. We'll see after everyone has chosen their pup and then we'll know who it will be. These pups will be ready to go to their new homes the last weekend of January.

Here are their photos at 4.5 weeks old. 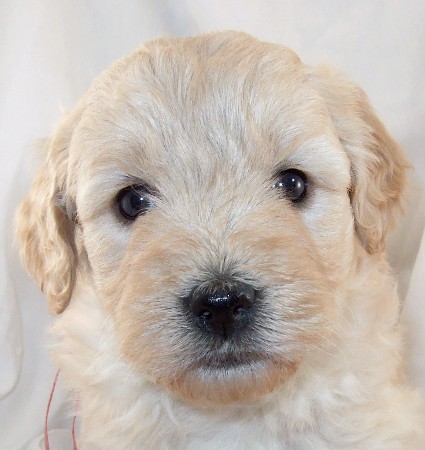 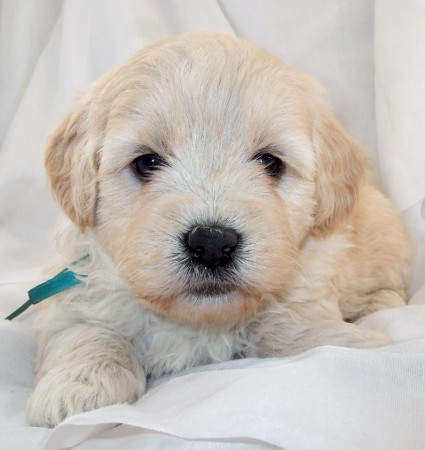 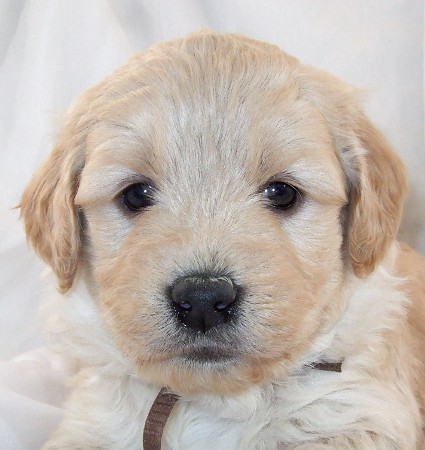 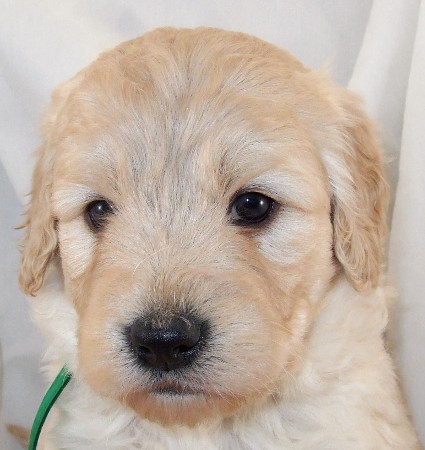 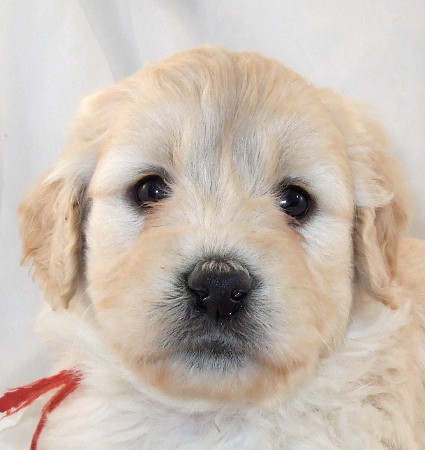 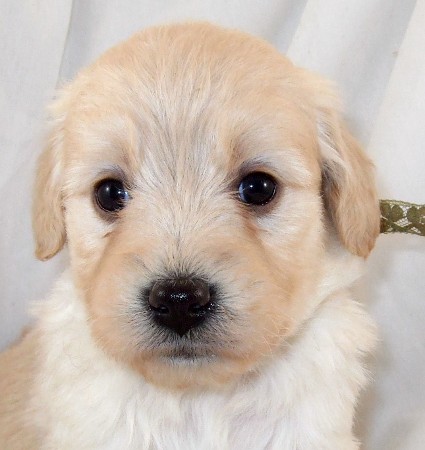 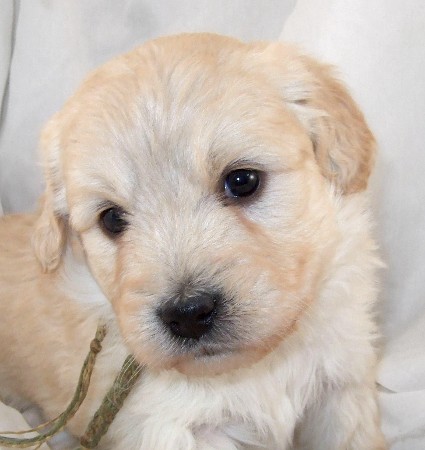 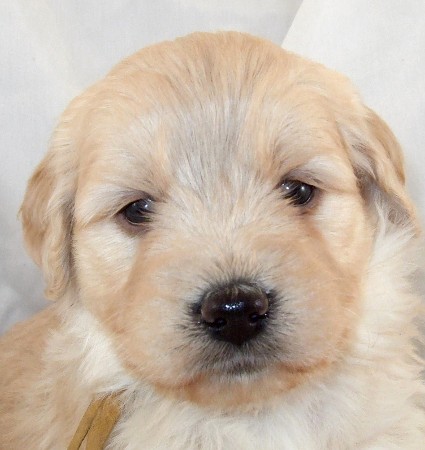 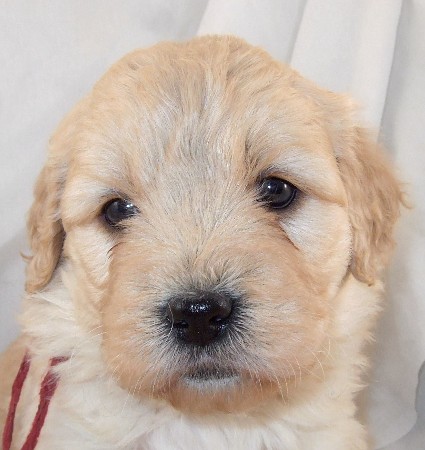 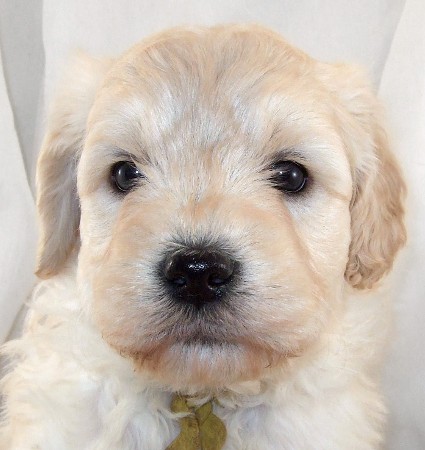 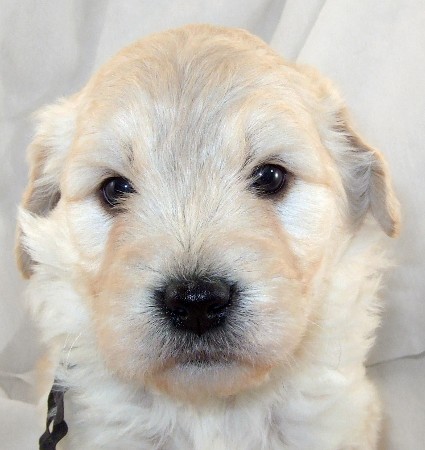 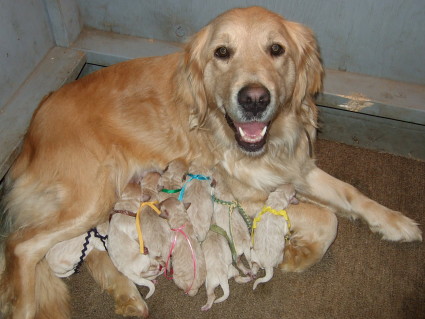 Becca ever so quietly laboured all day Wednesday and gave birth during the night to 3 boys and 8 girls. She is a very quiet and gentle mama. We look forward to working with these pups. I would imagine that they'll range in size from 16-35 lbs. They're all cream in colour.

The name theme for this litter is Christmas plants. The boy's names are Fir, Yule and Cedar while the girl's names are Holly, Ivy, Mistletoe, Poinsettia, Rosemary, Amaryllis, Pine and Cactus.

Most of these pups are spoken for, but I'll still take more deposits for the rest. There will likely only be girls left after the others have been chosen. These pups are able to go home after Jan 29th.