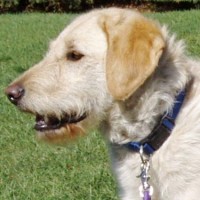 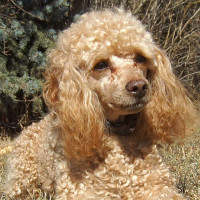 Savy's pup, Marly, is doing really well and is enjoying all of his foster family. He is adopted and his new name is Toby. 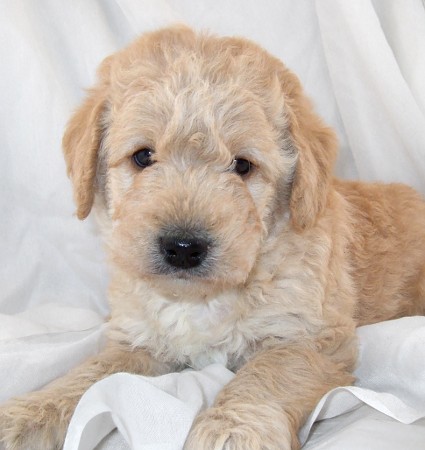 Just look at those curls! -- ADOPTED

Savy has a Singleton!
December 3 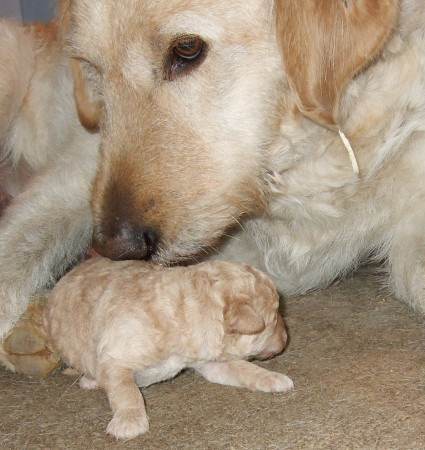 A first for Hearty K9s... Savy had only one pup, but my-oh-my is he handsome. Just look at those curls!

We thought a good "theme" for this litter from Savy would be "Marly and Me". Our family is a big fan of the book and are looking forward to the movie coming out at Christmas time. Although Savy could say, "It's just 'Marly and Me'", we felt that Marly would fare better by having a few siblings to play with and to gather around the milk bar to socialise and learn to share.

We lightened the load for Peanut and Yankee and gave Savy 4 of their pups. Now Marly has some foster brothers to hang out with. Savy has fostered pups before and with this introduction she simply gave them all a sniff, gave them a big wet kiss, and continued on with her nap. She's very content with her family and they're all faring well.

Marly already has been claimed. Although his family was originally hoping for a girl they're thrilled to adopt him... they've already booked a couple weeks off work for a pup-ternity leave!