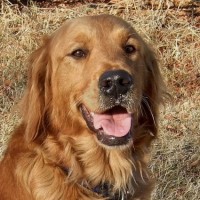 Dasher has been adopted
February 13

All of Yankee's litter have now been adopted.

Cupid, Donner and Prancer have been adopted, leaving just Dasher.

Another weekend brought many people our way. There are still a few pups waiting to be matched up with their adoptive families. Please see Current Litters (on the grey menu to the right) to see which pups are still waiting for their new homes!

More pups have been adopted! Some Pups are still available
January 24

I had 9 families come today and was in the barn for most of the day. I'm glad I'm taking tomorrow off to do the family thing with my brothers and sister.

These pups have been adopted:

Remaining to be adopted are: Donner, Dasher, Prancer, Cupid

This is a fine litter of puppies that Yankee and Dayo have produced. They're a bit lighter in colour and are not quite as curly as Peanut's pups. They all look like they have good potential for light to non-shedding coats.

Here are the boys who are available and waiting for their big moment when they get to be chosen into a family. They're ready to go to their new homes anytime now. 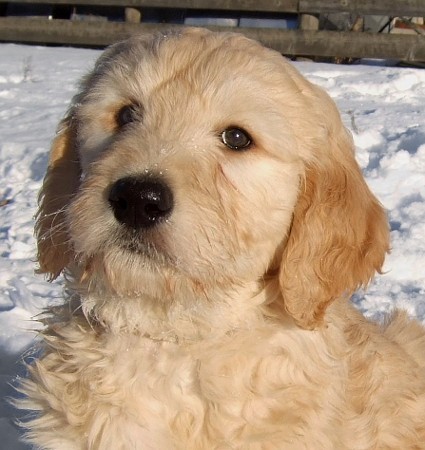 Dasher is one handsome boy. He has a great coat and a well-balanced personality. He's confident and playful. -- ADOPTED 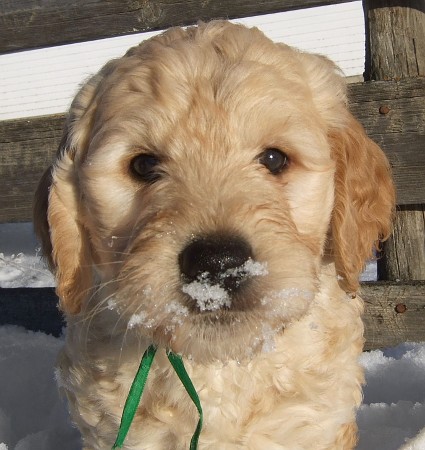 Cupid is the smallest boy. He has a great coat and a very quiet demeanor. He's a bit shy but still likes to play; just not too rough. Guess weight? 50 lbs? -- ADOPTED 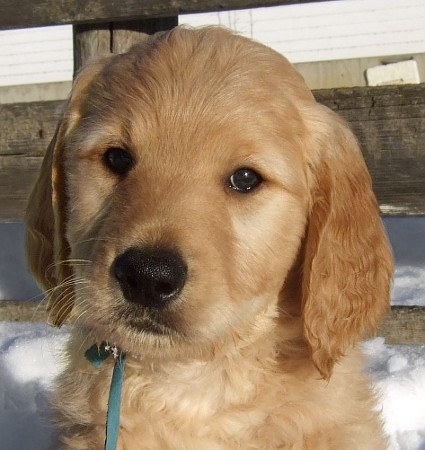 Donner is a very friendly, social boy. He has a flatter coat now which will likely turn into some nice waves. Guess weight for him is 55-60 lbs? -- ADOPTED 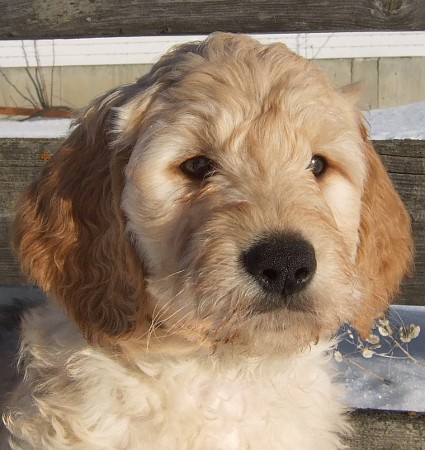 Prancer is a bigger boy with a great coat and loads of personality. -- ADOPTED 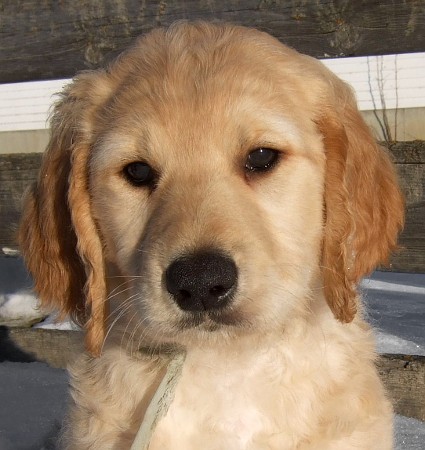 Vixen is one of the biggest boys with a flatter coat. He'll likely have more waves in his coat and not so curly. He's a playful and kind boy. Guess weight... 70-75 lbs? -- ADOPTED 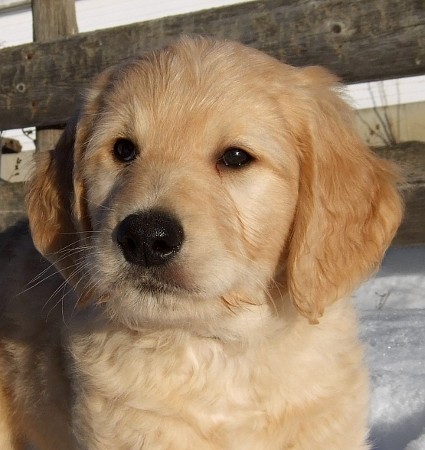 Blitzen is a goofy, playful character. He plays well with you and also on his own. My future thoughts on him is that he will have a wavy coat and weigh in at about 55-60 lbs. -- ADOPTED

It's been a very busy couple of days! I've had several people come this weekend to choose which pup they want. Here's the summary!

The rest of Yankee's litter is available.

Yankee's reindeer pups are growing and doing well. They recovered well from their trip with Santa on Christmas Eve and are now home resting and eating and growing... getting ready for their new homes.

Their personalities are just budding now. They're eating solid food and learning to play with each other. The pups have a nice variety of coats developing and we look forward to what the next few weeks will bring.

I'm still taking deposits on standard F1 goldendoodles and have a variety of males and some females to choose from. 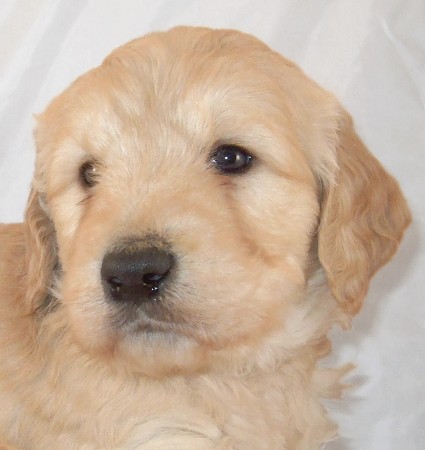 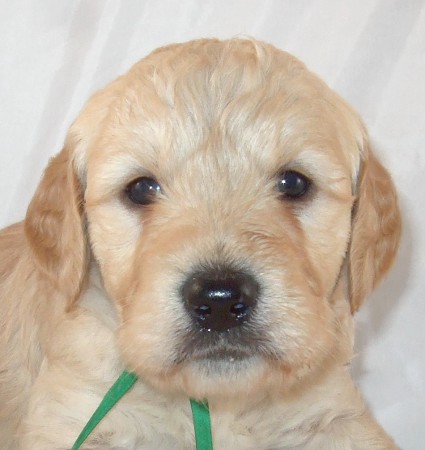 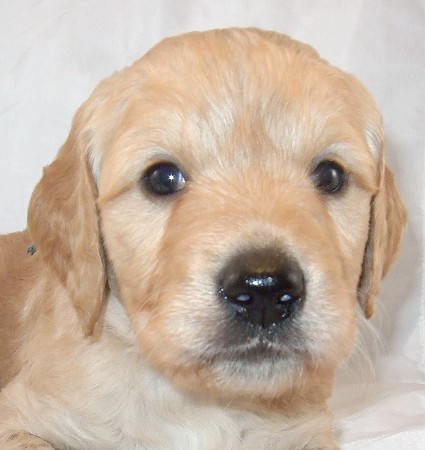 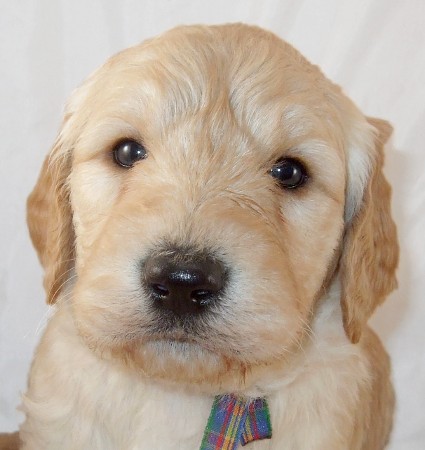 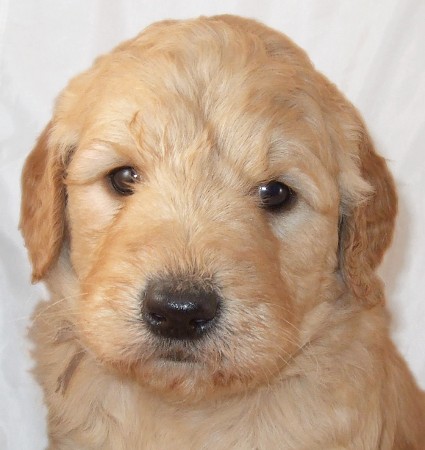 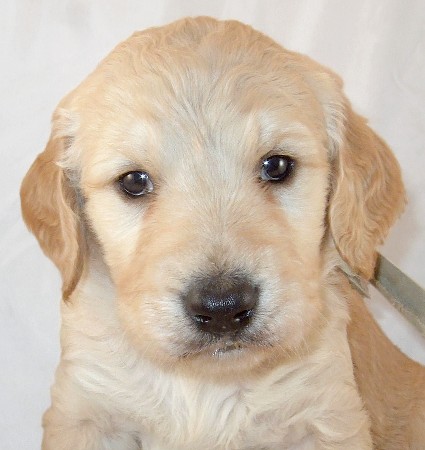 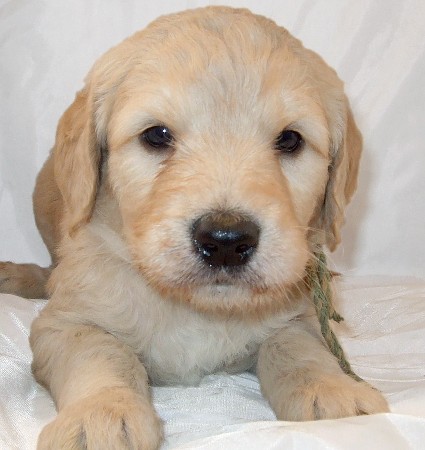 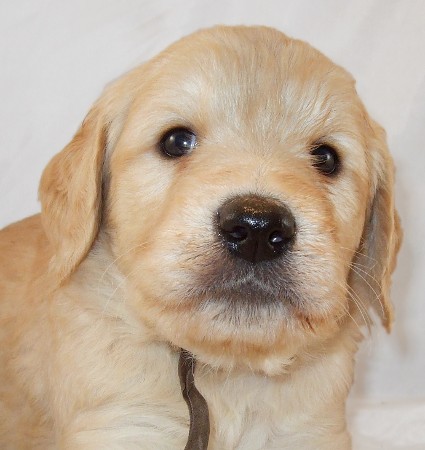 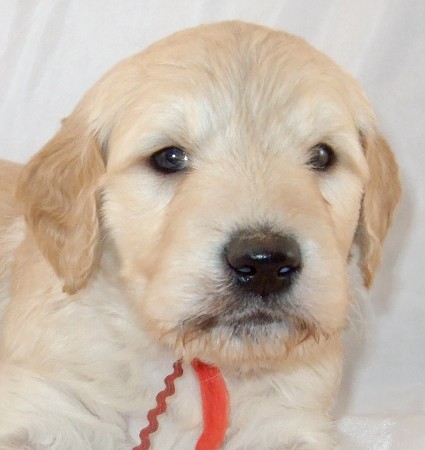 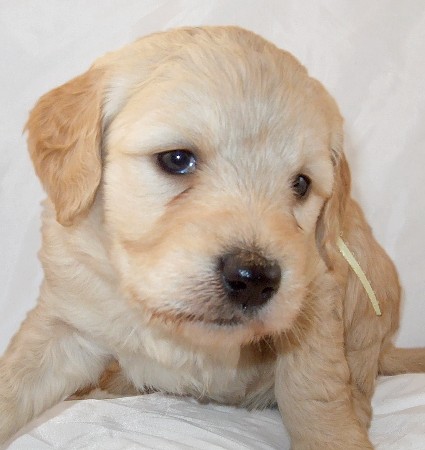 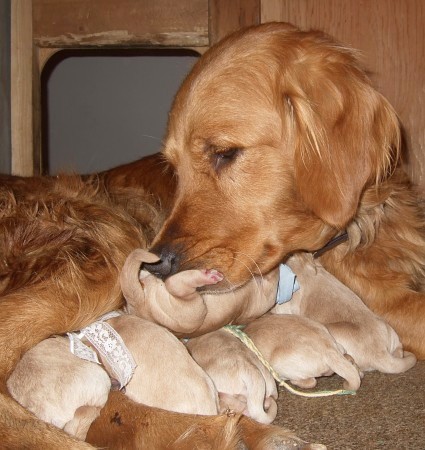 Yankee had her pups one week early and she did really well being a new mom. She gave birth to 8 strapping boys and 2 lovely girls on November 27th. All the pups are fairing well and Yankee is a natural at being a great mom.

The name theme took us a while to come up with, as our family could not agree, so we settled for a less original Christmas theme... Santa's Reindeer. Dasher, Dancer, Prancer, Vixon, Comet, Cupid, Donner, Blitzen, of course, Rudolf, and Olive (the other reindeer).

We do need to keep the names easy as there will be a lot to remember. These pups will likely be standard-sized goldendoodles ranging from 45-65 lbs. We're now taking more deposits for standard goldendoodles... lots of males to choose from! ;-)