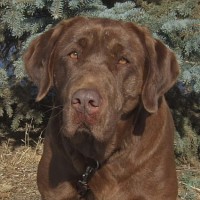 Tweety has now been adopted and is very happy heading to his new home.

This little boy is quite a character. He comes when you call "Puppy!" and he already shows an interest in retrieving. Tweety is very people oriented and is a medium energy pup. I guess his weight as an adult will be around 35 lbs.

His coat will likely shed moderately and will likely also have a traditional wispy labradoodle look. Tweety is blocky in stature so he takes after his mom that way. If you're interested in this guy, he's more than willing to meet you and charm your socks off. 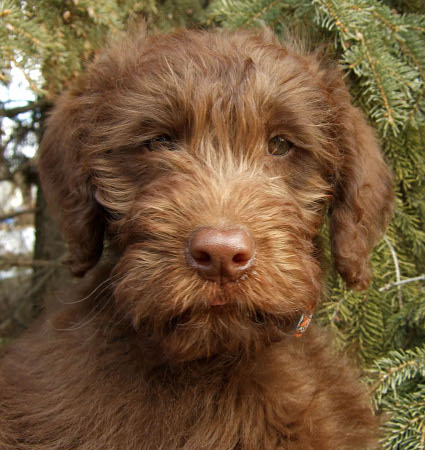 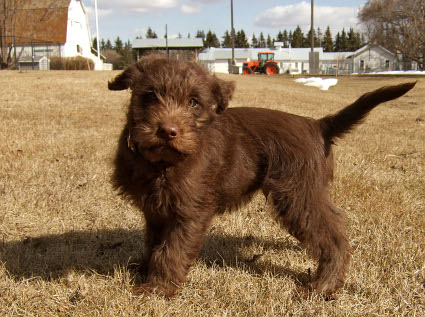 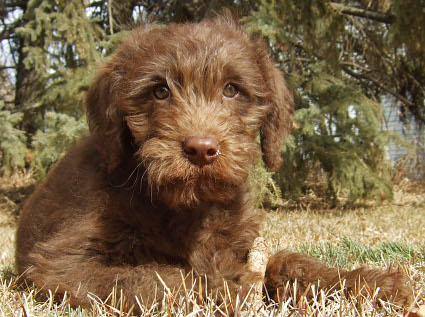 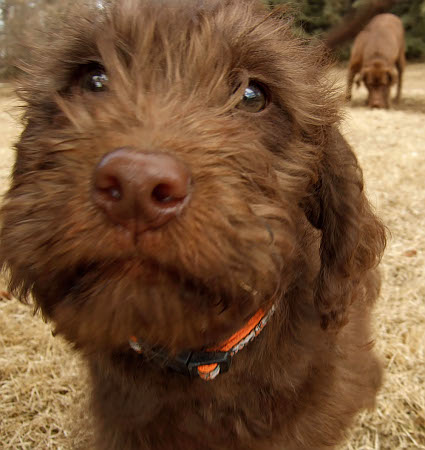 Life here has been rather crazy, but good. But, on to the news... Aruga has been adopted! Now, I just have Tweety left.

The poor guy is lonely. I'll bring him in the house with the kids to cheer him up as his sister, Aruga, is off to Prince George, BC this morning.

Only Tweety and Aruga remain from Darma's litter
March 13 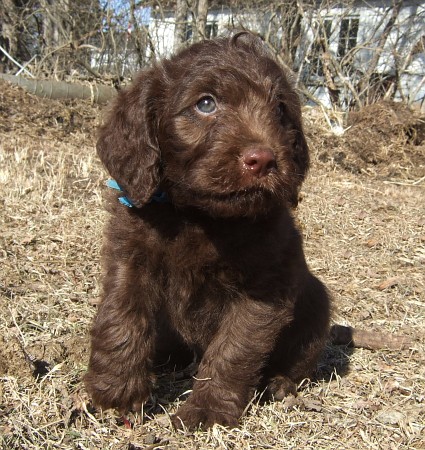 Tweety is Mr. Social. He loves people and wants to get in on the human action. He's the first to come and greet us and is polite and friendly. My guess for him is that he will be around 35 lbs when full grown. -- ADOPTED 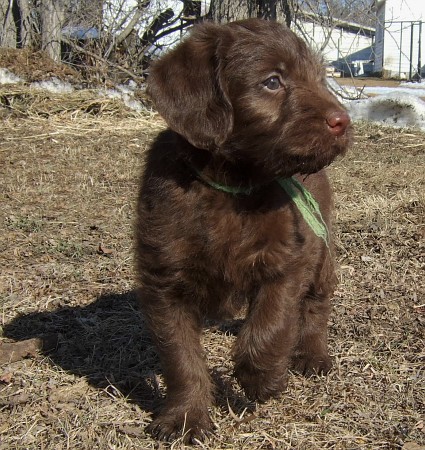 Aruga is a sweet social girl, funloving and a real joy. She has the wider 'lab'ish face. Her eyes are big, beautiful and melt your heart. My guess for her adult weight would be 39.5 lbs or so ;-)   She will likely end up looking like a wispy mini lab. -- ADOPTED

It's hard to believe that Darma's pups are already a month old! They're growing well and developing into some very nice pups. The pups coats are coming along, but we'll know better in a few weeks how they'll likely turn out. Their personalities are just budding, so when people come to choose which pup they want at 6 weeks they'll get a better idea at that time.

The pups do change so much at this stage. The more we socialize them and work with them, the more well-rounded they become. Just as when a pup goes to a new home: the more an adoptive family puts into their dog, the better it matures and develops. The outcome is a more well-rounded and better behaved dog.

I have one deposit for a boy in this litter and the rest are available. Aruga is turning into a very nice pup (I was thinking of keeping her myself) but I just can't keep another pup back right now. 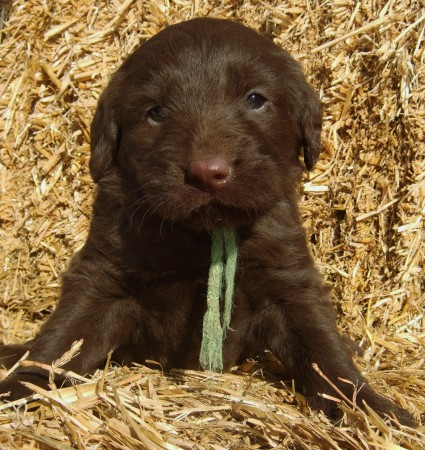 Aruga is the only female and is the largest of the group. She can hold her own well with her brothers. -- ADOPTED 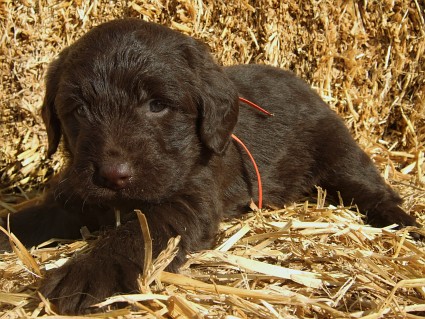 Bugs Bunny is the smallest of the litter. He's got a deep chocolate coat and is a friendly little character. -- ADOPTED 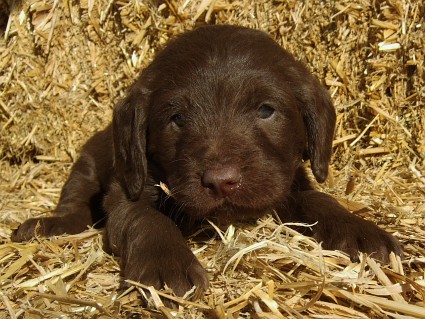 Taz is a medium-sized boy who seems to be developing into a nice gentle character. -- ADOPTED 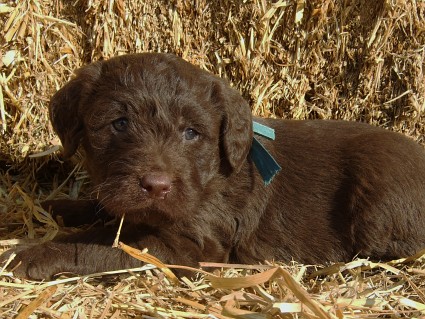 Tweety will soon be weady to wock and woll. He's presently the biggest boy. -- ADOPTED

Darma couldn't hold back and wait for our return
January 30 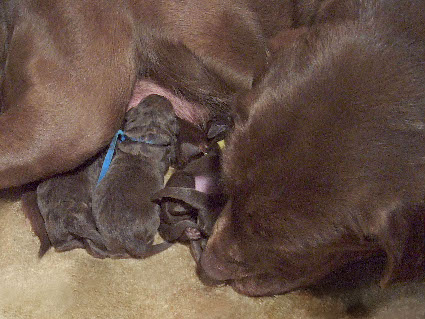 Darma's pups are growing and doing well. This is my first all chocolate litter and they're so beautiful. Darma is doing well and doing such a good job of being Mommy. I'm sure she feels she's on a holiday having 8 less pups in this litter than her last one!

The boys are Bugs Bunny, Tweety and Taz. The lone girl is Aruga.