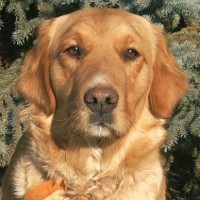 All of Reba's pups have now been adopted and are settling well into their new homes.

Reba has given us 4 very delightful pups. I think Jag, the papa, thinks so too! They're full of the dickens right now and love to explore the world around them.

The kids delight in these pups of Reba's... and I must agree. They're just adorable and have wonderful personalities. 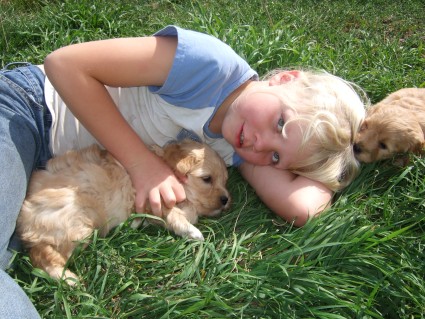 Sara poses and says, "Mom, this would make a perfect shot!" 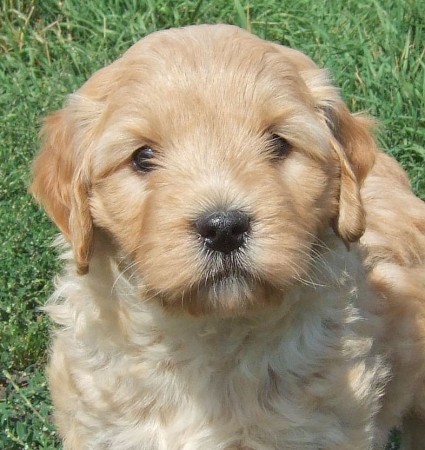 Woolly has lived up to his name. He has a fabulous coat that's soft with lots of waves. He loves to follow you and play. Woolly will be the biggest of Reba's and Jag's boys. -- ADOPTED 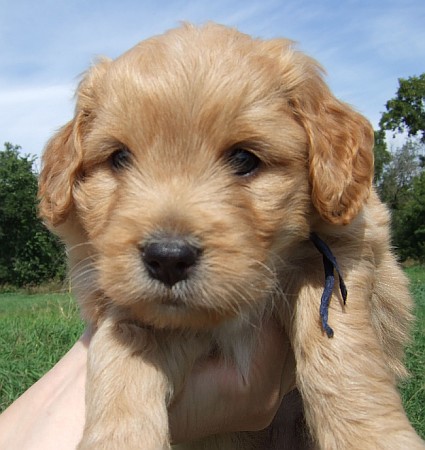 Spandex is short and stout at the moment. You can't help but "Awhhh" when he walks (or actually waddles). He's a friendly character indeed. -- ADOPTED 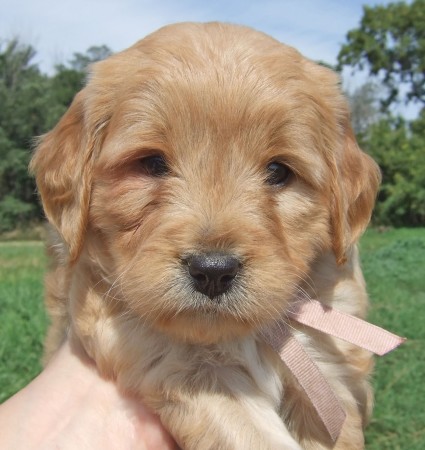 Cotton is a little sweetie. She's very personable and has the darker colour of the 2 girls. -- ADOPTED 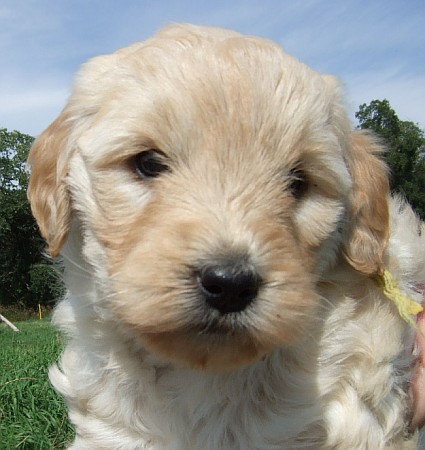 Silk is the lightest colour of the bunch. She has a fabulous coat and a playful personality. -- ADOPTED

Here are the award winning Dodgers of Reba's litter.

Reba turns out to be "one of those" moms who loves her pups dearly, but really has no idea when she lays on them -- or doesn't realize that sitting on pups kills them. It is most frustrating as she has also lain on poor Hemp (the strongest and biggest boy) at one week old, as well as little Polyester at one day old.

As it turns out the person who has first choice of this litter is not quite ready to get a pup for several reasons. So that relieved my stress somewhat. I believe that at 3 weeks old these pups should be just fine. And as you can see, they're very plump, having lots of milk from Reba.

When the pups arrived on Thursday, that was the only company I had planned.

To make a complicated, long story, shorter; during my morning chores I noticed that Reba was starting to nest... so I knew it was the day!

Somehow it came to pass that we had 18 people here for lunch -- ranging from distant relatives from Ketichan, Alaska (whom I had not met before) to good friends. None was planned ahead, except that God knew, and I had more than enough food for everyone.

I enjoyed the spontaneity and was in wonder how it all went so well -- you need to realize that having company over to eat doesn't happen much here. So after lunch, someone had peeked in on Reba and the pups were on their way! Next thing I knew there was a mass exodus to the barn. I got there in time to have people take a small peek and leave again. 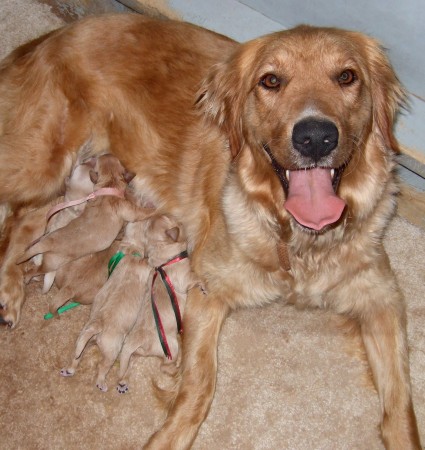 Thankfully Reba was a good sport. She had lots of curious eyes (more I'm sure, than what I was aware of), all in wonder of the miracles taking place today. Funny thing was, when we checked on Reba, Jag would pace outside the nursery. We're convinced he knows, "He's the Daddy!"

Things started to quiet down later in the afternoon once people had to start back on their individual ways. But not until all the dogs were adored, horses were ridden, friendships were kindled and nurtured, and "A good day" was declared. 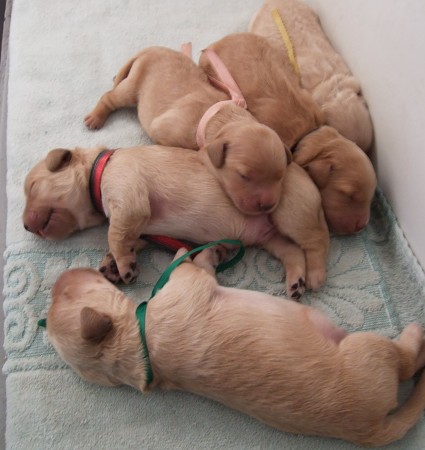 At the end of the day, Reba had 6 beautiful little ones... 3 girls and 3 boys. She surprised us, since she looked like she was having more. But I've been wrong before.

Unfortunately Reba laid on one of the girls, so we're left with 3 boys and 2 girls. The boys names are Wooly, Spandex and Hemp, while the girls names are Cotton and Silk (little Polyester passed away) -- fabric being the theme this time.

All of these pups are spoken for. We're hoping that Zoey and Jag will have more pups because we have 5 deposits for them too. 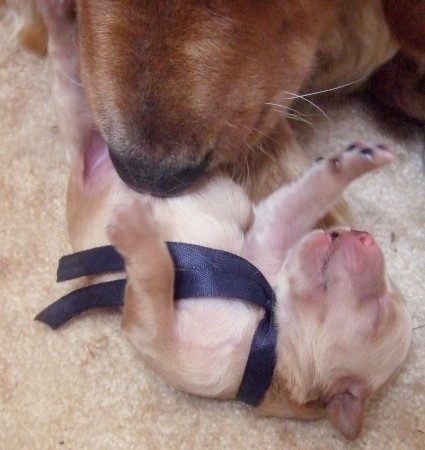 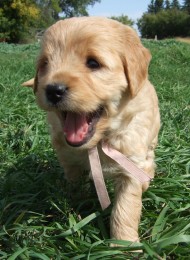