The date was supposed to say February 5, however... sigh! What can I say, it's flu season! How about a 5 week update?

It looks like Callie has once again managed to raise some very nice pups. Although their temperaments are just blooming, and they are just now getting around, I can see their Mom's genes shine through. All of Callie's pups are spoken for. 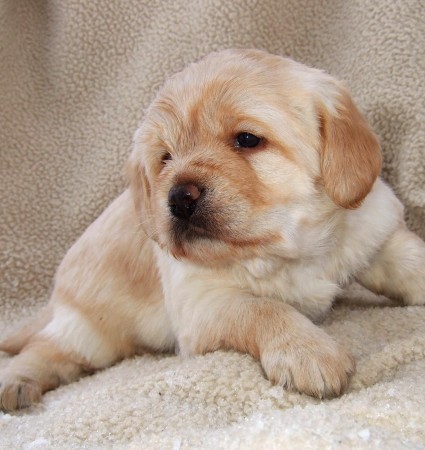 Snow is the chubby boy who is just starting to walk, so he will exercise off those extra pounds now. He is gentle and cuddly at this point, but it might just be because of his size! Callie and Toby had big pups like him last year and they ended up not being over 50 lbs... so we will see what he does. -- ADOPTED 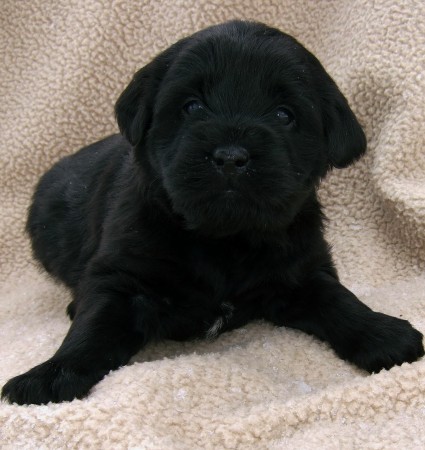 Blizzard reminds me so much of Callie. She is adventuresome and sweet. A real doll. -- ADOPTED

Callie delivers, with some help, on a blustery January day
January 15 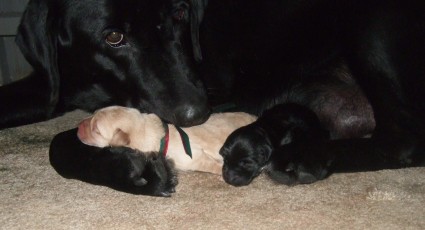 Snow and Blizzard snuggle up with mom, Callie.

After labouring through the night and morning Callie had one pup around noon... a black female. She was not doing anything (in labour) for a couple of hours so I did a few things to help speed her along, but nothing happened. After 4-5 hours the vet decided I should bring her in.

An X-Ray showed 2 more pups were in there. After she was induced she had them on her own. The next one to come out was a big apricot boy. The last one was born dead and gaunt looking. Although it was fully developed it was not healthy looking.

An interesting thing about the ultrasound on Dec. 15th was that the Dr. had said, "It looks like there is one that is not healthy." So it was actually a relief to know that it did not have to suffer.

It was a really cold, snowy, windy day so the kids named the pups "Snow" and "Blizzard". 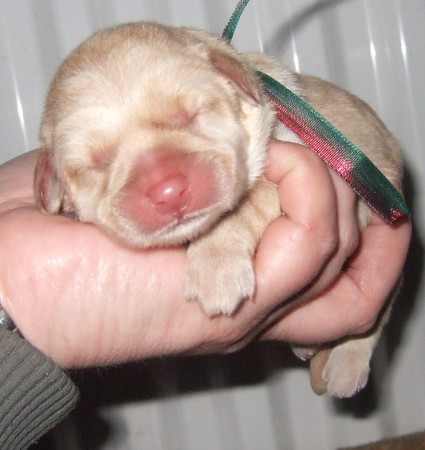 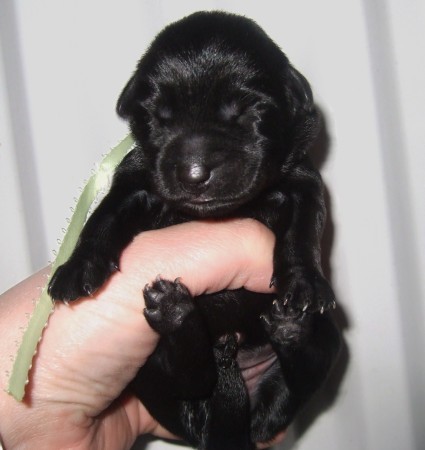 Blizzard is happy to be warm.