F1B medium sized Goldendoodle pups from our 45 lb adorable and goofy F1 Goldendoodle dam and our handsome, sweet, moyen Poodle sire (with a bit of Parti). 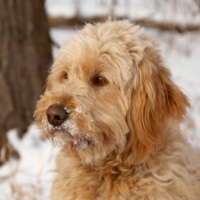 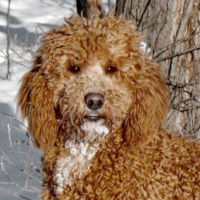 JJ's and Abe's F1B medium litter of goldendoodle puppies at 4 weeks!
May 11

What a sweet bunch of wee ones! The pups are enjoying their mush and toileting outside of the whelping box. I'm thankful they're a chilled group as I had to do this photoshoot single-handedly (I wouldn't be able to do that with many litters). I'm not saying that they'll stay this quiet as they're changing daily, but I am enjoying them immensely.

They get to see the vet on May 29 and choosing will happen shortly thereafter. They can start going home as early as June 7, but I can keep them longer if needed. 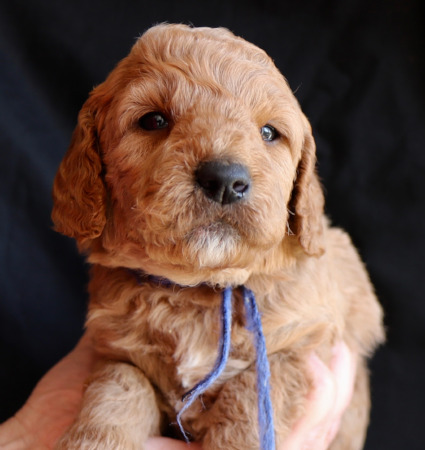 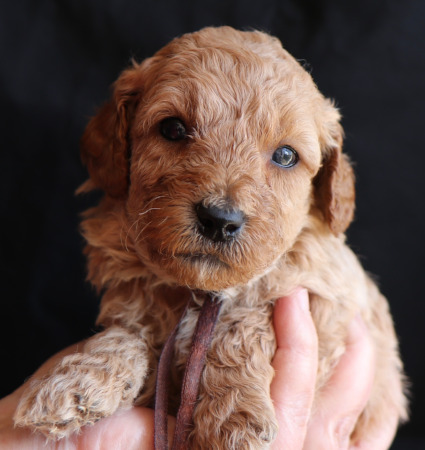 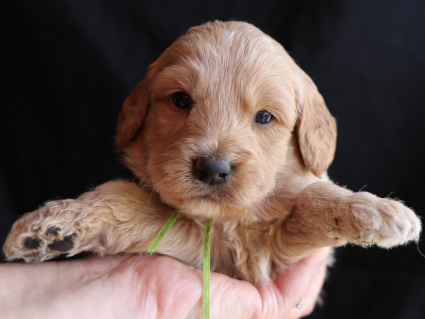 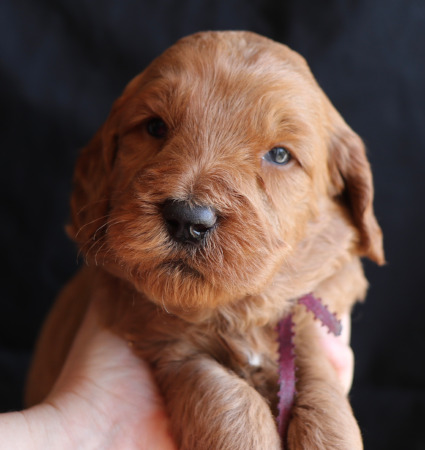 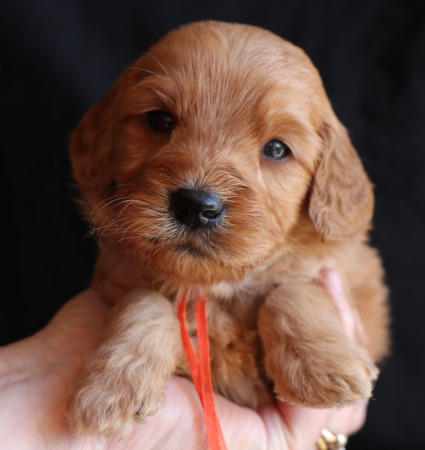 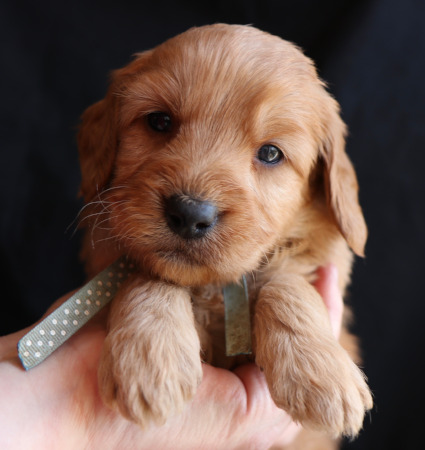 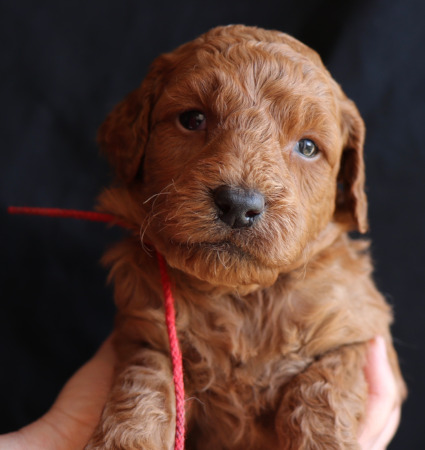 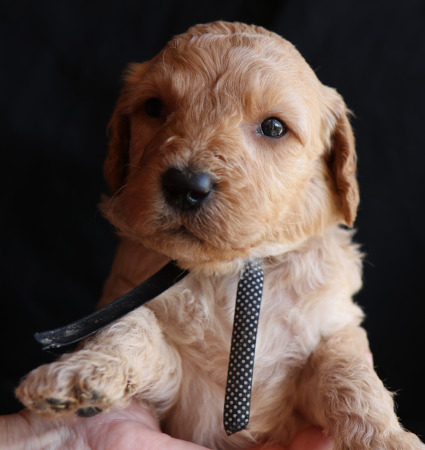 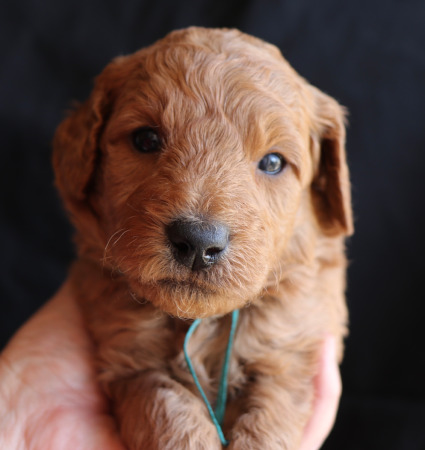 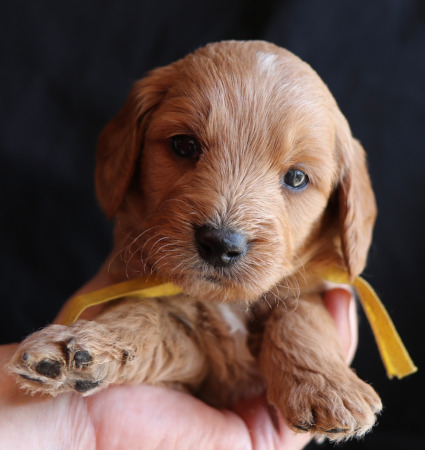 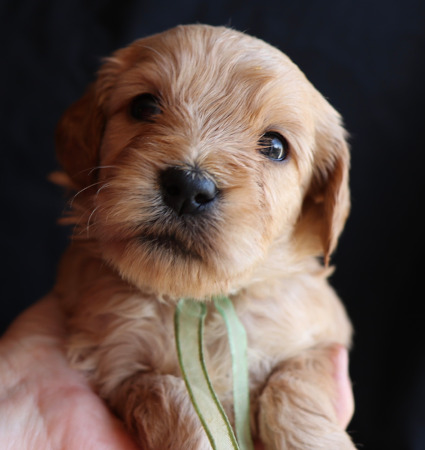 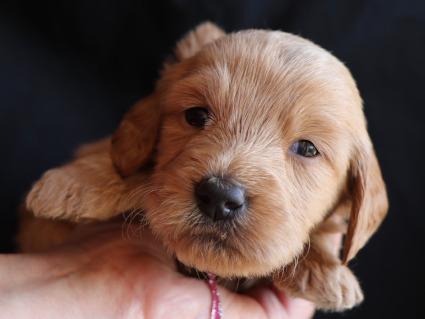 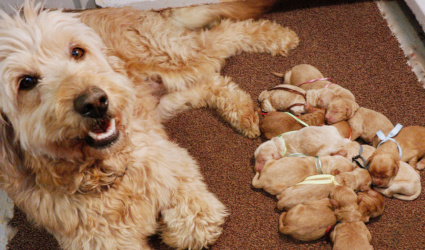 JJ and Abe are proud to announce the arrival of 12 beautiful F1B medium goldendoodle pups on April 12!

When JJ started having her pups I knew we were in for a big litter because her pups were quite small and her tummy was huge! JJ is a very attentive mamma and those pups are being very well nurtured and nourished by her!

She had just gotten up when I brought the camera in, so I tried to make her pose with her pups. Eventually they were all drinking again but by then she was flat out, and not posing. So for photos, we get what we get, as I like to try to keep things calm as possible during these first few days.

There are 9 boys and 3 girls. Our youngest daughter came to visit from college this weekend. She was studying muscle names, hence the theme.

With the parents weighing 30 and 40 lbs, I would assume most of the litter will be in this weight range when grown.

I do have availability in this litter at this time. The pups' vet appointment will be the end of May and choosing will happen the first couple weeks of June. They can go home after mid June.