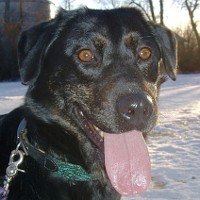 Jacob is going to Calgary too!
June 26

Jacob is now adopted and is going to live in Calgary. 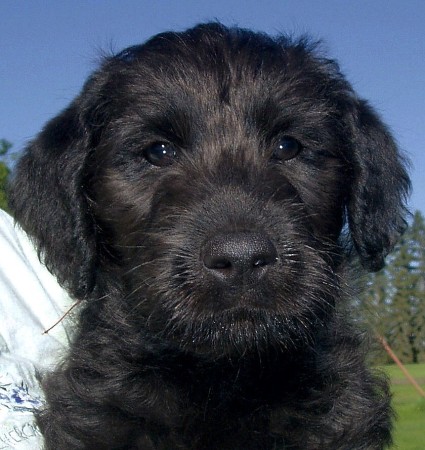 It looks like Jacob is developing some of his mom's Brindle butterscotch colouring, but we'll need to wait to see how he develops. He may become a very unique Labradoodle! --ADOPTED

Johnny and Minnie (from Nia's) litter have been adopted by two families whose wives are sisters. Both have lots of experience with dogs and lots of love for each other... it was nice to see.

Stay tuned for some new photos of Marcia and Jacob!!!

Ripley's pups mug for the camera
May 15

Here's the six and a half week photo update for Ripley's pups. Are they cute or what? 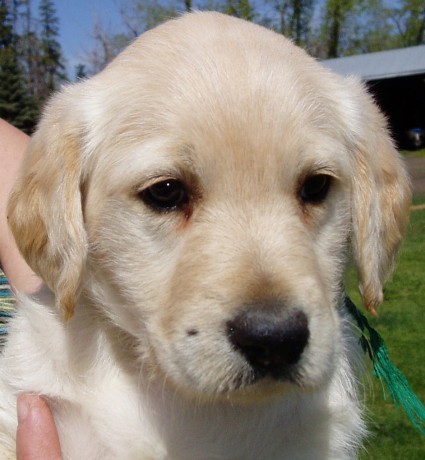 Johnny is a fun-loving character who's smart and outgoing. -- ADOPTED 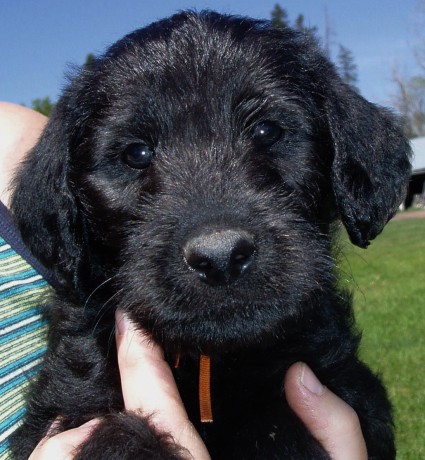 Jacob just wants to have fun. He is a solid boy and ready to learn! -- ADOPTED 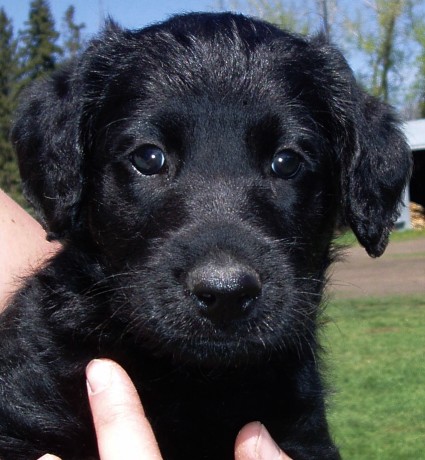 Marcia is the biggest girl. She's smart, social and ready to learn! -- ADOPTED 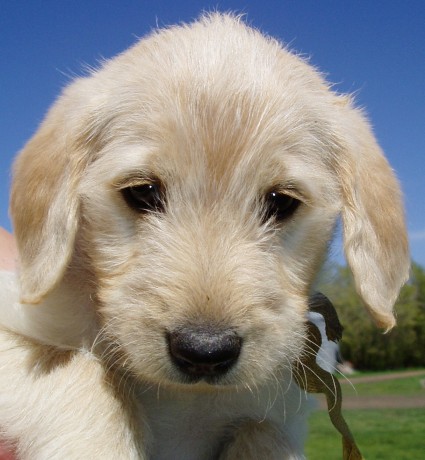 Sarina is just gorgeous!! She's going to Ottawa, ON. -- ADOPTED 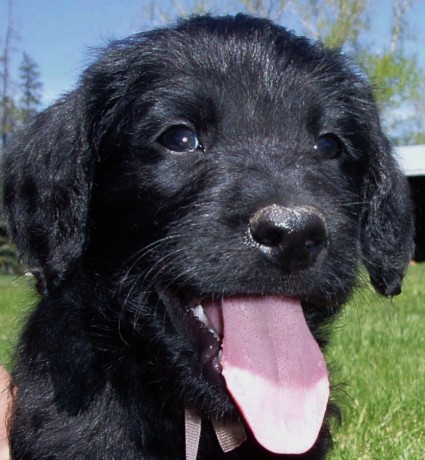 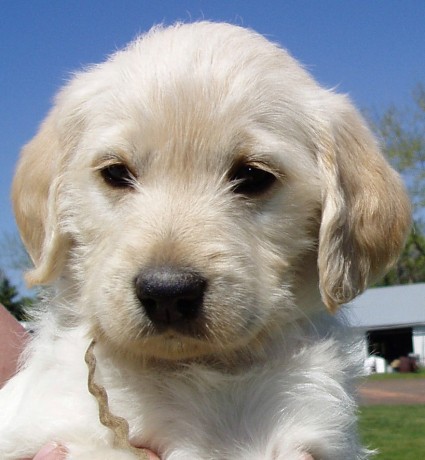 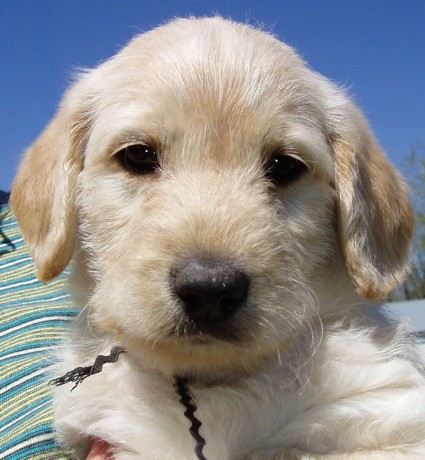 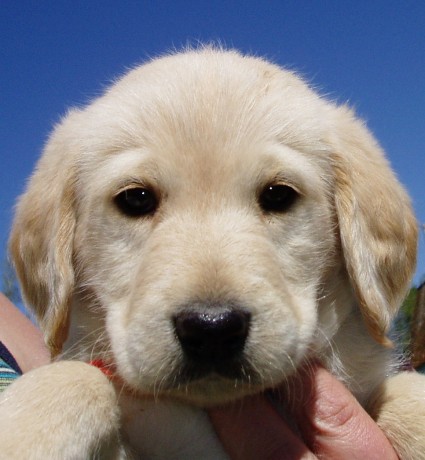 Levi is going to Victoria, BC. -- ADOPTED

With Gunner staying local in Edmonton it looks like we just need a family in Saskatchewan and we'll have at least one pup in all the Western provinces!!!

It's time for the four week photo-op!
April 29

This time I let Sara take some of the pictures while I held the pups. This worked not too bad. Some had their heads cut off the top, or an ear lopped off the side... but, all in all, Sara's got the touch! 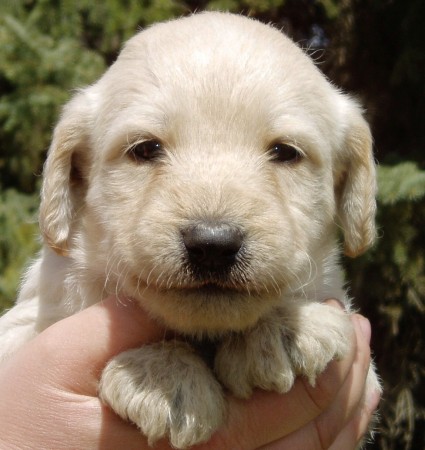 Gunner grins for his picture... I really wonder what he's thinking. He is quite the goofy character. -- ADOPTED 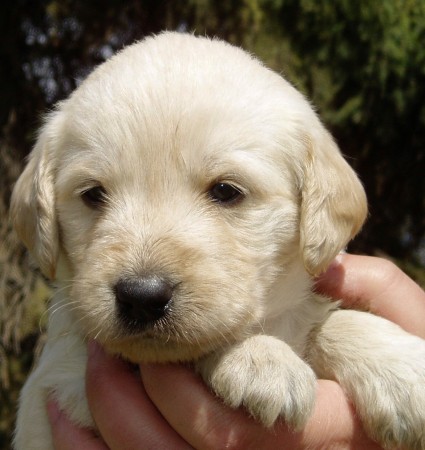 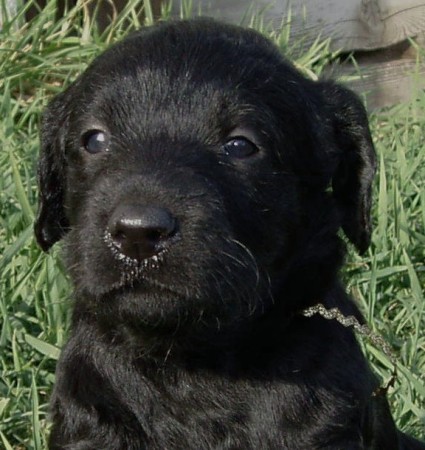 Marcia is the biggest puppy girl. She is friendly and fun. -- ADOPTED 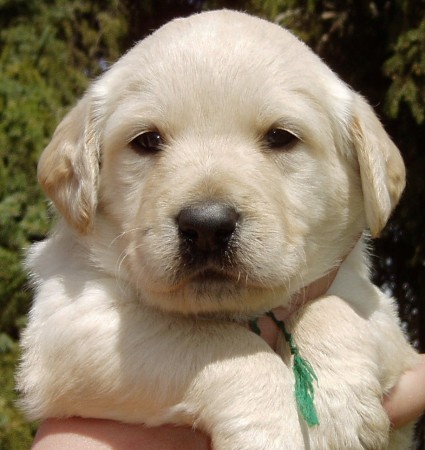 Johnny is a fun character and ready to play at moments notice. And he's very smart too! -- ADOPTED 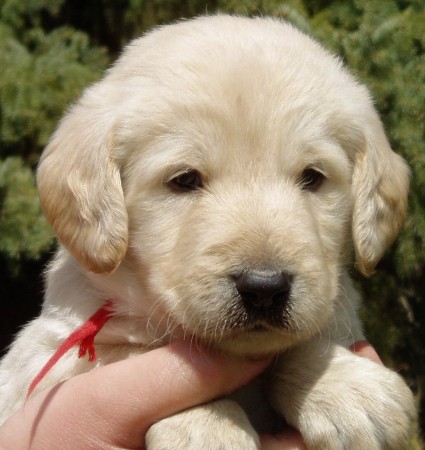 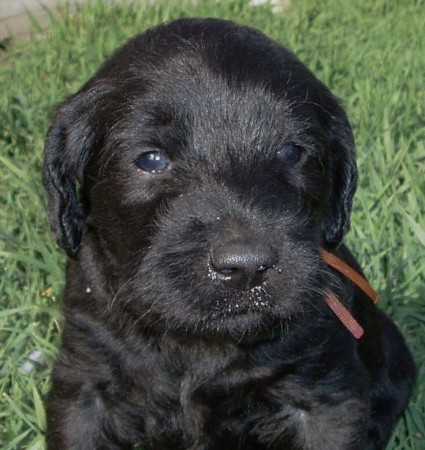 Jacob is a lively character and very entertaining. -- ADOPTED 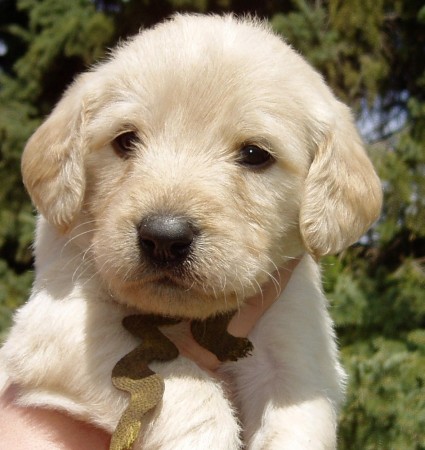 Sarina is a calm sweetheart. What a cutie! -- ADOPTED 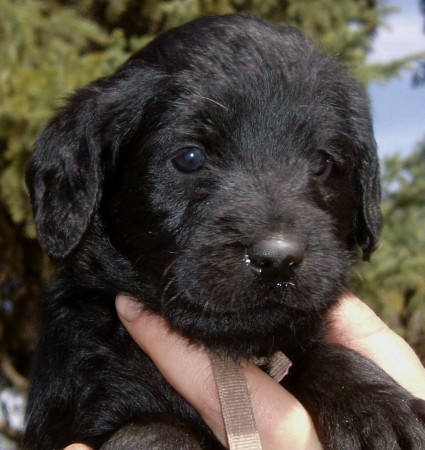 Cassie is a fun character who likes her snuggles. -- ADOPTED

Has it been 2 weeks already?
April 13

Ripley is a very protective mom and is getting into her new role as Mom very well. She does not like other dogs near her pups but she is starting to enjoy showing off her pups to all of the visitors. 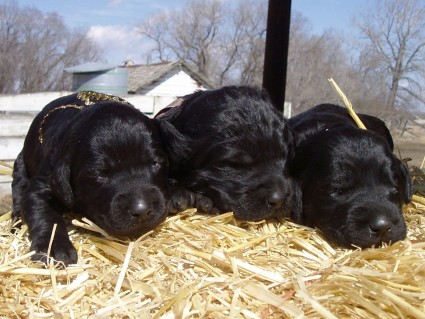 Marcia is warning the kids Cassie and Jacob to "hold still... or you'll slide off this bale." 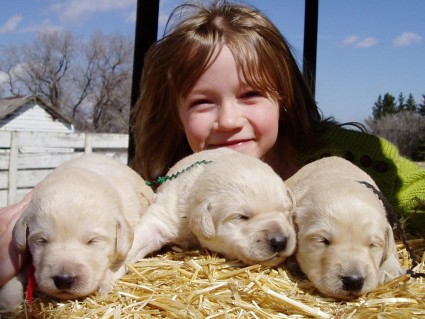 Levi pops into the photo for some fun, but John is not impressed with the camera and ploys with Gunner to escape. 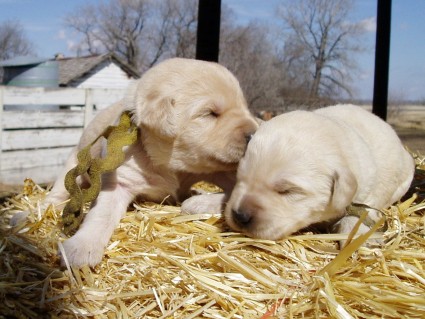 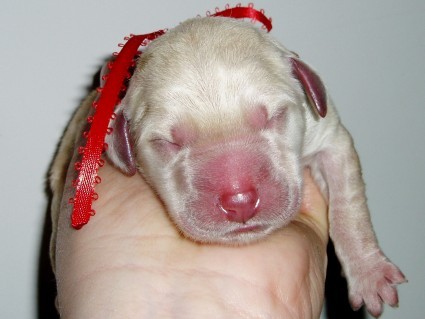 Levi posing for his newborn shot to be given to his adopting family for their photo album.

Ripleys pups are named after some very good friends of ours. They helped dog sit while we were in Florida and now they're going to come and help with our multitudes as well.

The boys are... John, Jacob, Levi and Gunner.
The girls are... Marcia, Cassie, Sarina and Gertie.
(Gunner and Gertie are their German Short Haired Pointers' names)

This will be so neat to have them involved!!

Ripley's pups -- vying for a spot at the milk bar