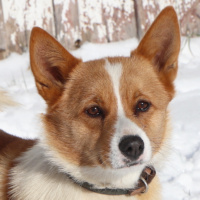 Time flies when you're having fun!!

These beautiful munchkins are the sweetest little pups! I don't get such small pups very often. It's so cute to see them playing now -- and they're still so small!

The pups are 2-2.8 lbs at this time. They're starting to toilet outside the whelping box and are trying some softened kibble. Tetley is an attentive mama and is doing very well in raising them. These little characters will likely grow to be 15-22 lbs.

The pups will see the vet on April 4 and choosing will occur the following week. They can start to go home April 18. 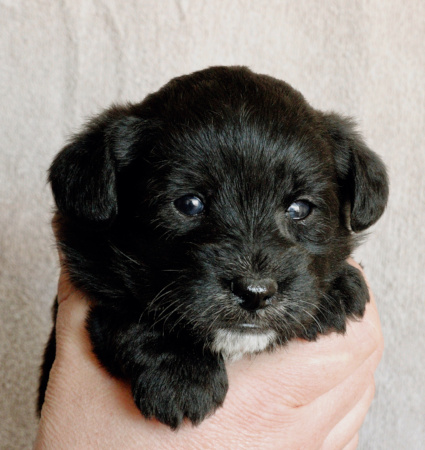 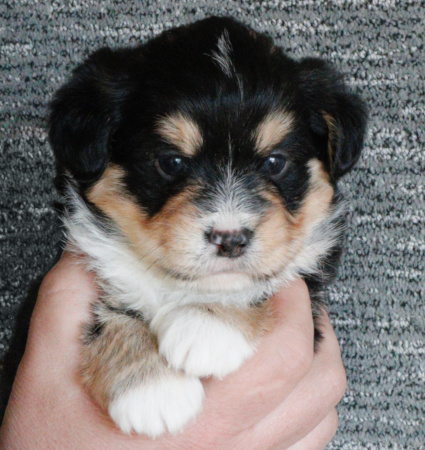 Ya-Man: male ~ the largest of the litter, tri-coloured -- ADOPTED 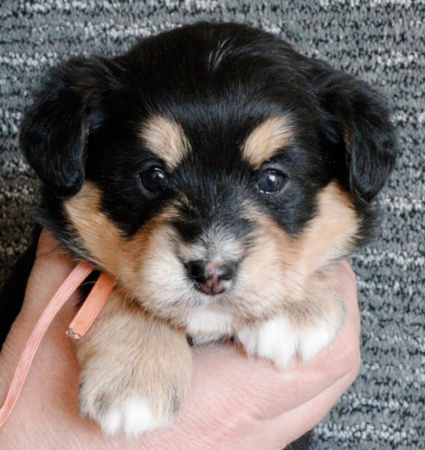 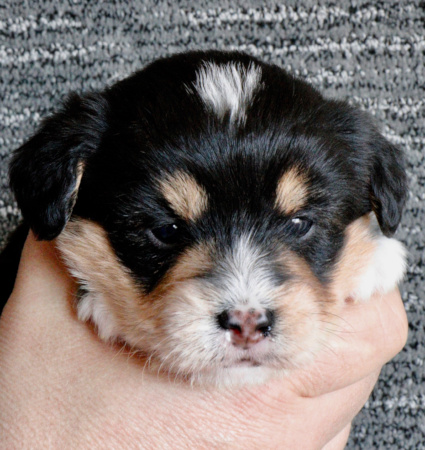 At 8 days old Reggae had her hind leg amputated due to an injury. We believe the mama accidentally stepped on her and it compromised her foot. Amputation was the only option because of her foot's condition. Now that Reggae recovered from her surgery she has been happy, has been gaining weight and is doing her darnedest to keep up with the rest. She'll be the "discount puppy" but I do want to wait to make sure she continues to do well before she becomes "available for adoption." 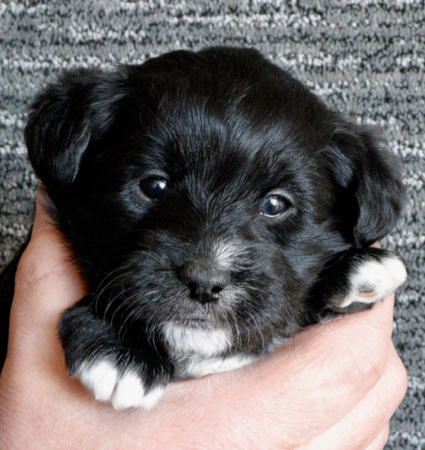 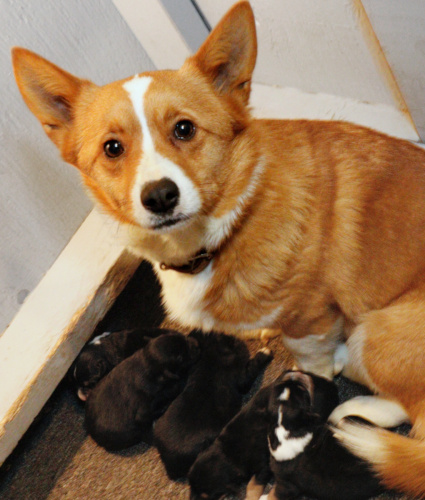 Tetley was somewhat perplexed by little Mr. Reef when he made his entrance! She had never birthed a toy that was so interactive! Lol. I sat with her to help settle her down, and once Mr. Ya-Man appeared she was getting the hang of things and her maternal instincts took over. The girls came next and we named them Montego, Snorkel and Reggae! (Dean and I had a wonderful get-away in Jamaica in January, hence the Jamaican flavoured theme!)

The pups got a slow start as it took a while for Tetley’s milk to all come in but now they're well on their way and gaining daily! We were a might surprised with the colours that arrived on-scene from 2 apricot parents, but as it turns out there are phantom genes in both parents from 2 generations back! Lol.

These pups should range in size from 15-25 lbs. We'll see how their coats turn out. They'll likely shed some, if they're at all like our last litter of corgidoodles. These guys could start going home as early as April 18 but I'm willing to hold them for a of couple weeks to help accommodate people’s schedules.

Pricing for these pups are:

I have 3 spots currently available in this litter. If you're interested, please submit your adoption form.