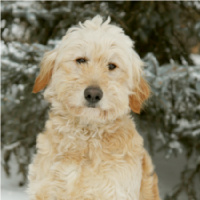 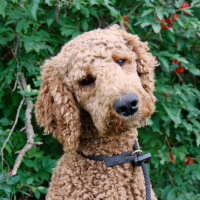 Biscuit's and Yogi's pups are growing nicely. They're going out of the whelping box to toilet, are eating mush, and are also starting to crunch some kibble! These pups are very even in size, except the girl -- Decoy is 1/2 kg bigger than the rest, lol!

My guess weights for these guys is 55-75 lbs. They have a great variety of coats. Their characters are just developing and so we look forward to seeing how they'll unfold in the next few weeks!

Choosing for this litter will be the first weekend in December and the pups can start going home after December 13. Heron is presently having an issue with his right eye and he is being monitored by the vet. I'll hold him back until I know better what's going on with him... they don’t seem concerned at this time.

I have one spot available in this litter, not including Heron. Please contact me if you're interested, but also see Sales Agreement and FAQ if you haven't yet read them. 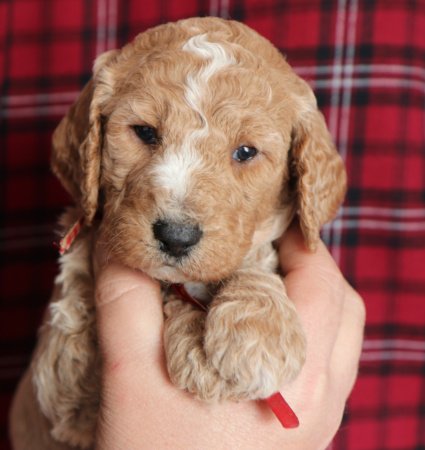 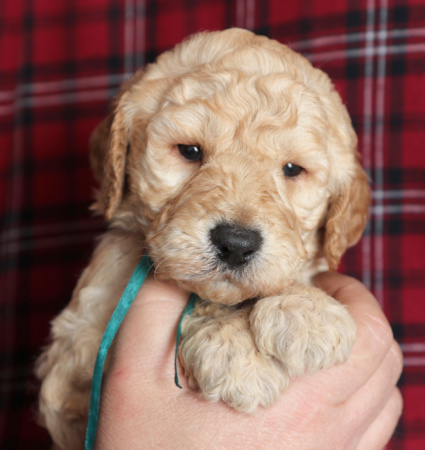 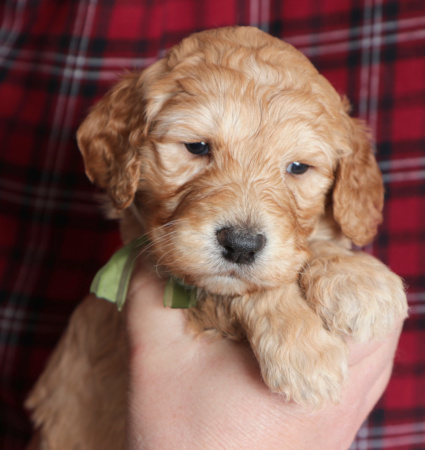 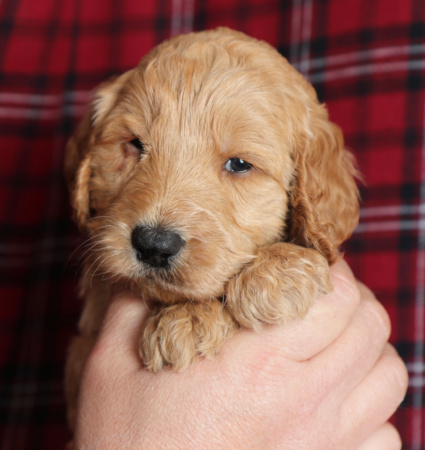 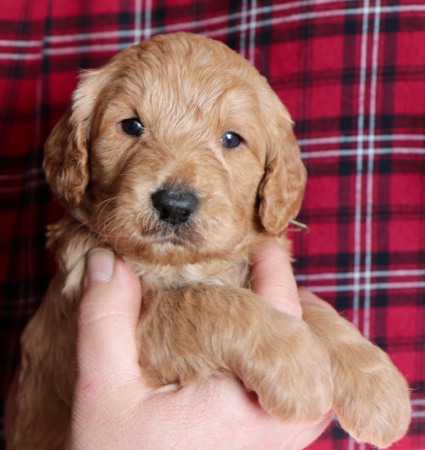 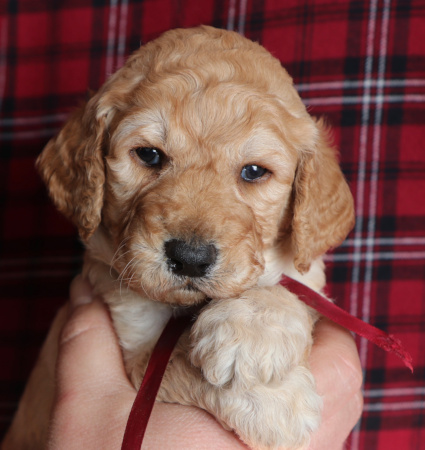 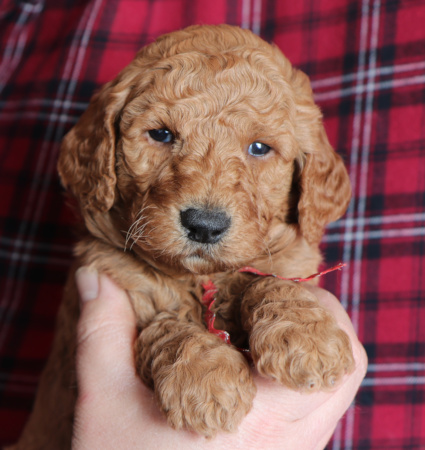 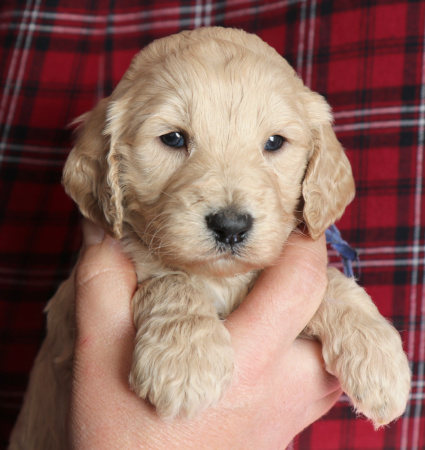 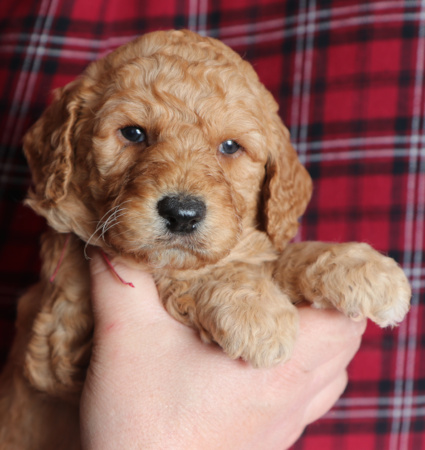 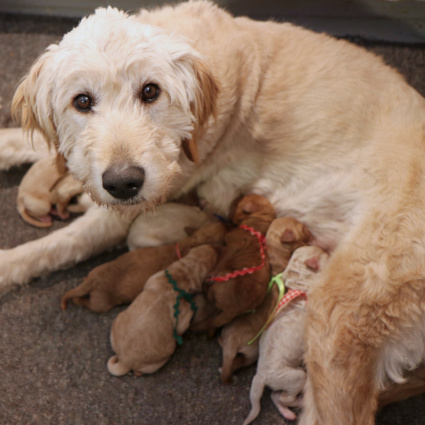 Biscuit masked her labour symptoms very well. She even wanted to go for a run just hours before the pups started to arrive. But I snooped in on her frequently via our surveillance camera and she was very restless when she didn’t know I was watching.

We're so pleaseed with this litter!! What a beautiful bunch of puppies!! There are 8 boys and 1 girl in a variety of colours. Being born on my father-in-law’s birthday, I asked if he would think of a theme. He thought of ducks and geese, so I adapted from there, since it *is* hunting season. The boys' names are Canadian, Duck Duck, Goose, Heron, Loon, Mallard, Red Head (duck), Trumpeter, and the lone girl is Decoy!

Choosing for this litter will occur after November 29 and the pups can start going home on December 13. If you are interested in this litter, I do have some spots available... likely for a boy! Lol.

Please read through our sales agreement, and Preparing for your pup on FAQ. Then contact us if you're interested in a pup from this litter.

Because this litter is available close to Christmas, I want to point out that my policy is "no surprises". All the family must be on board and have books read before getting a puppy from Hearty K9s!