Chevy's huge litter is growing and is quite advanced in many ways. The pups wandered out of their whelping box as soon as their eyes opened at around 2 weeks. They wanted to crunch on their mama's food at 3.5 weeks, and even though the softened kibble is still available to them, many of the pups choose to crunch already!

The pups are all doing very well, except Voyd. She's a true runt (1/3 the size of her siblings) and a real little fighter. I will not allow her to be adopted unless she clears a bunch of testing as she gets older.

The pups will go to the vet for their check up, shots and microchip on September 20. Choosing will start after that. They'll be able to start going home on October 3.

These pups are all spoken for. See Tomorrow's pups for planned and upcoming litters. 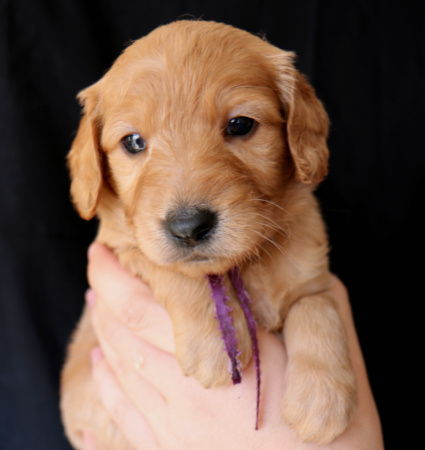 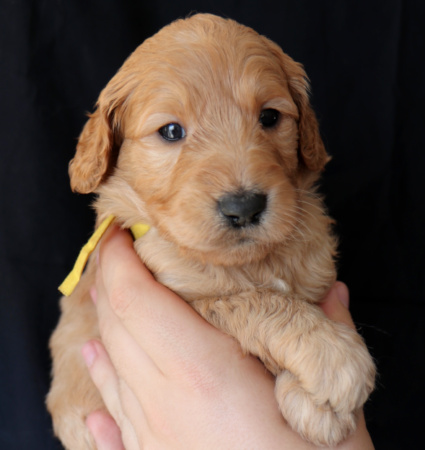 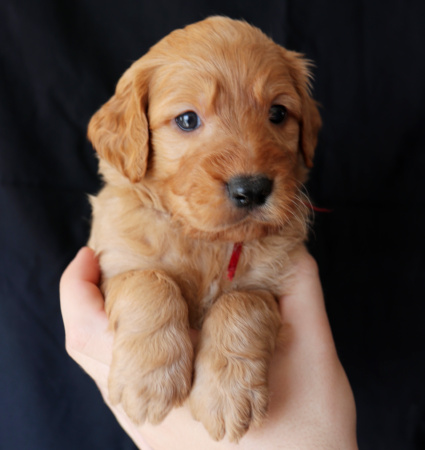 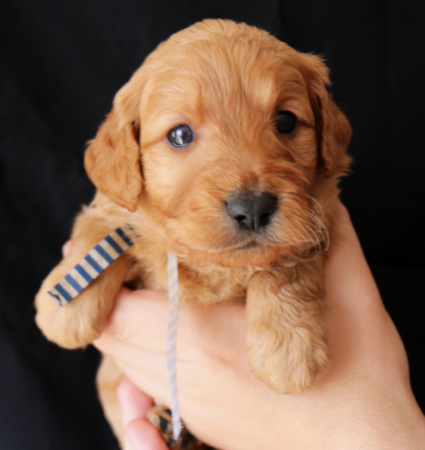 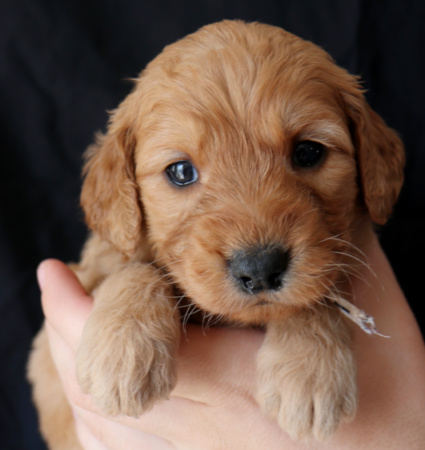 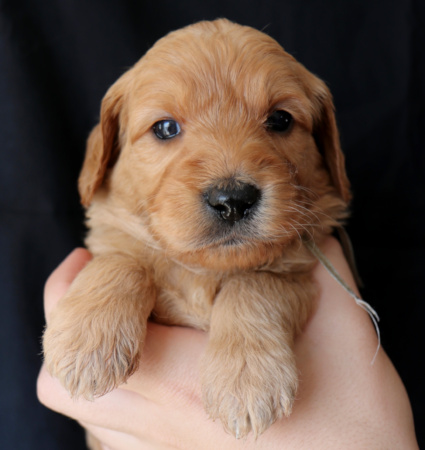 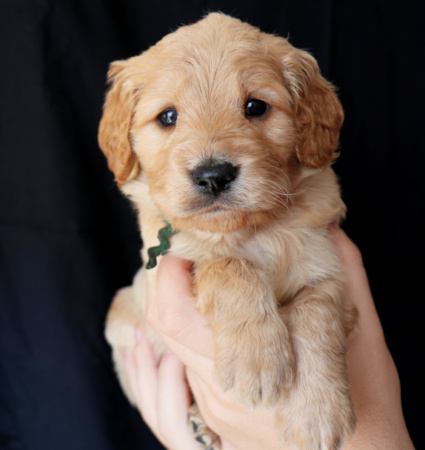 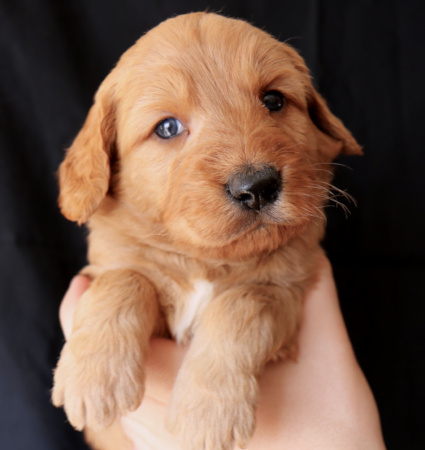 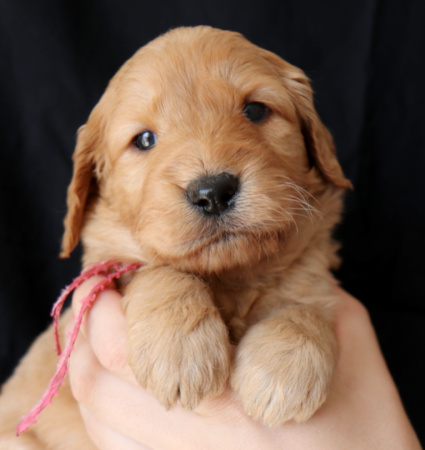 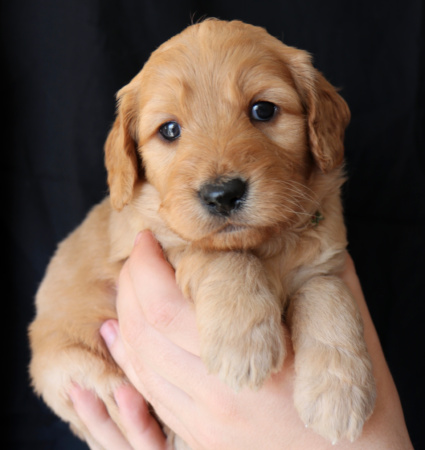 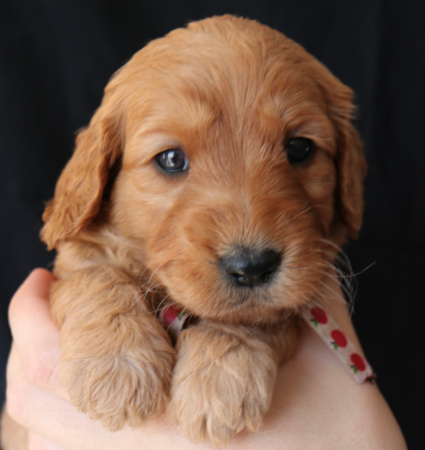 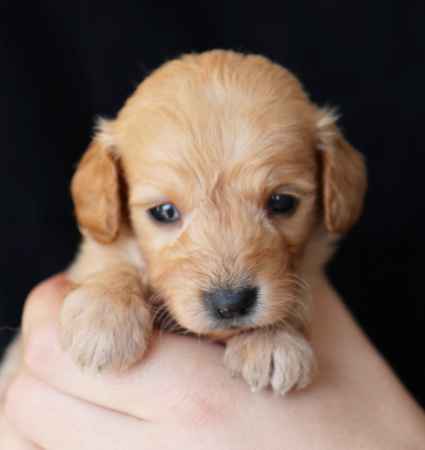 Voyd: female ~ not available at this time -- ADOPTED 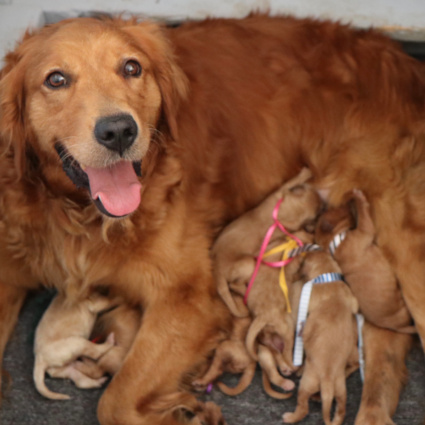 Chevy had a lot of false labour before the real thing took place on Wednesday! I was so thankful when those cuties finally made their entrance and I'm more than sure that Chevy was too!! There are 6 boys and 6 girls making a perfect dozen! This will keep both Chevy and I very busy these next couple months!!

The original "The Incredibles" came out 14 years ago, around the time we started breeding doodles! But we never named a litter after The Incredibles before, so our kids and summer guests thought we should this time! The boys are Mr. Incredible, Dash, Jack Jack, Frozone, Rick Dicker, and Winston. The girls are Elastigirl, Violet, Edna Mode, Evelyn Deavour, Voyd, and Ambassador.

Choosing will happen after September 19 and the pups will be ready to go to their new homes on or after October 3.

I'm in the process of calling folks on my wait list to see who all wants to be in on this litter. Because of the size of this litter I may have a spot left... but if not in this litter, the upcoming litter with Roxy and Horton is due beginning of September (and going home beginning of November). 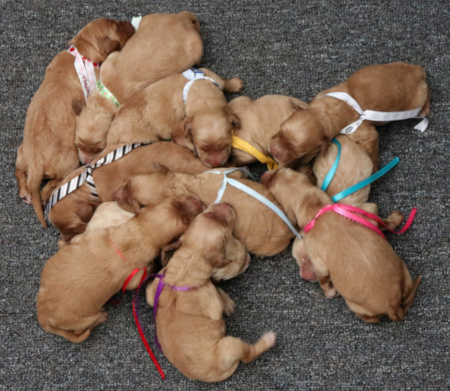