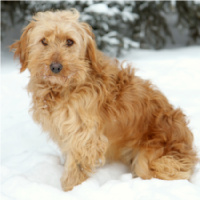 Penny’s and Horton’s pups are growing and doing everything they should be at this age. There are a good variety of sizes and coats in this litter.

Choosing for this litter will occur the week following their vet visit on April 10th, and they can go home after April 24th.

All of this litter is spoken for at this time, unless someone backs out for some reason. We have more litters planned for this year. See Tomorrow’s Pups. 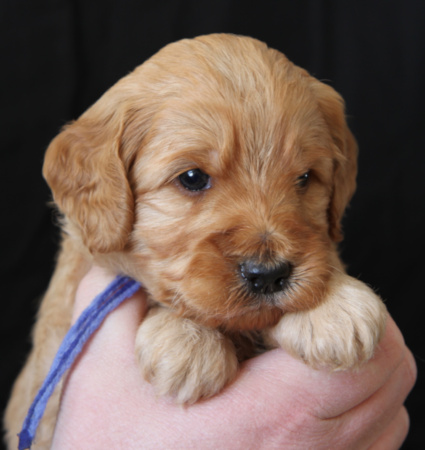 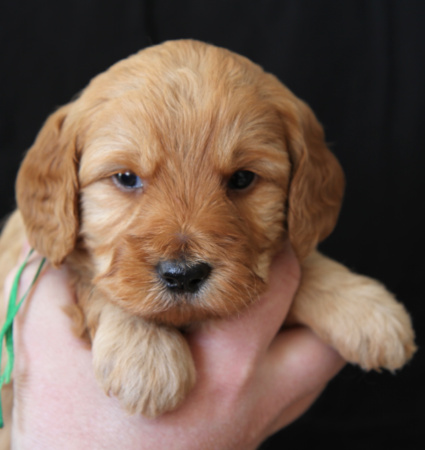 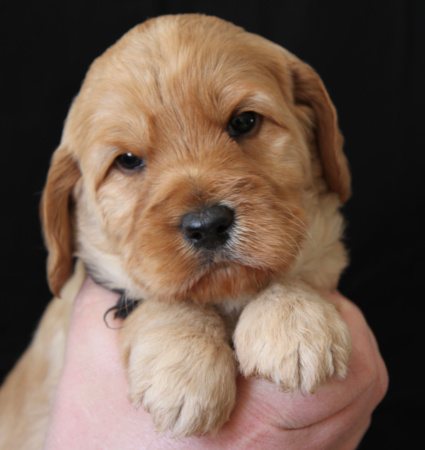 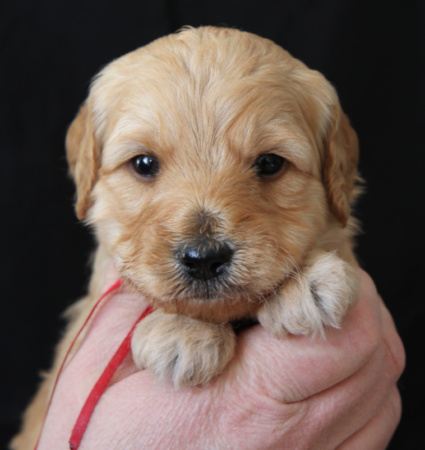 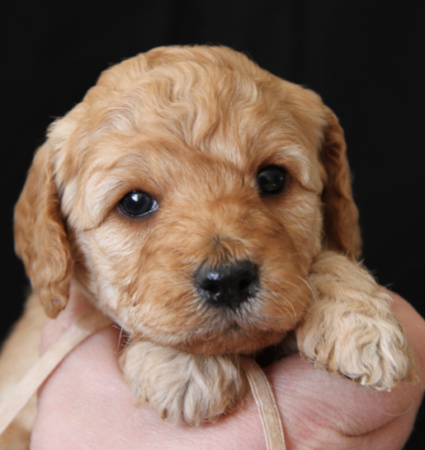 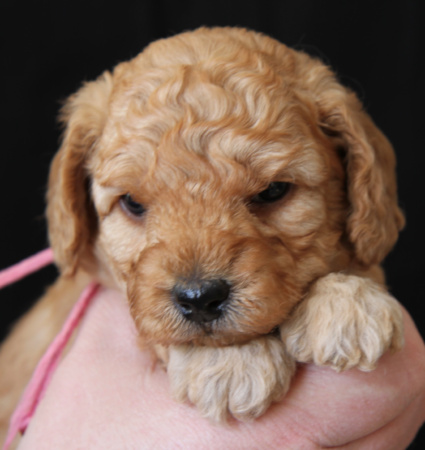 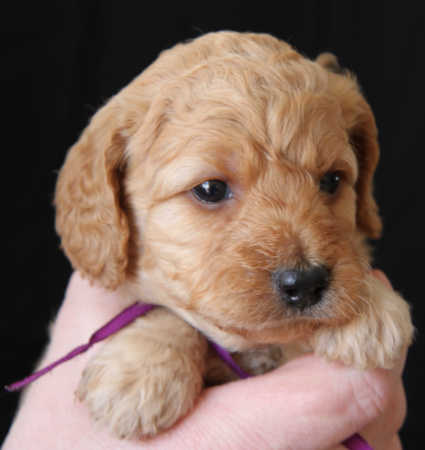 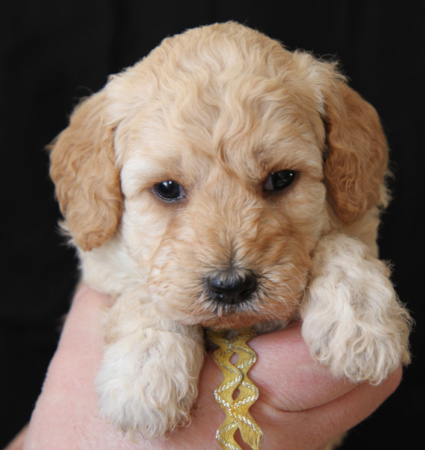 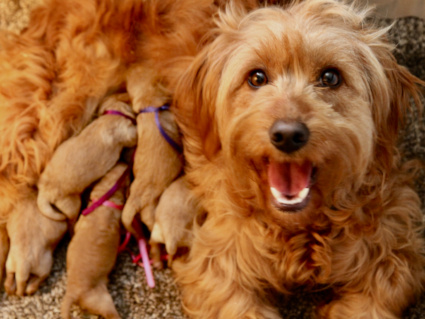 As Penny’s best buddy, Hazel gave birth in the nursery next to hers, Penny kept pace as well. About 6 hours later she started having her pups, and ended up with an even ratio of 4 boys and 4 girls! Most of these pups are almost 1/2 the size of Hazel’s right now, but they did not have the room to grow as it was crowded in her little belly and of course there are much smaller genes between the Moms.

The theme for this litter is in honour of the late Stuart McLean, who sadly passed away a couple weeks ago. We so enjoyed his stories about Dave and Morley over the years on the Vinyl Café on CBC radio!

The boys are Stuart, Dave, Bert and Sam. The girls are Morley, Mary, Annie and Stephanie.

They're also going for their Vet check on April 10th. Choosing will happen the weekend after that. They can go home on April 24th and after.

It's likely I have enough deposits for this litter, unless someone backs out.