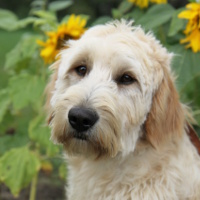 Rover is growing quickly and developing into a very nice pup. He does great in 'kennel time' as he's quite used to being on his own, lol, but he always looks forward to play time with friends from other litters.

Rover is spoken for and can go home after February 1st. 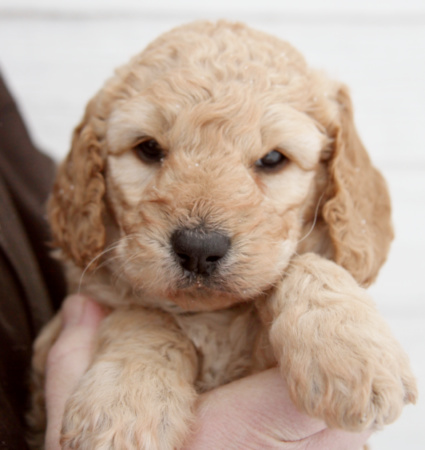 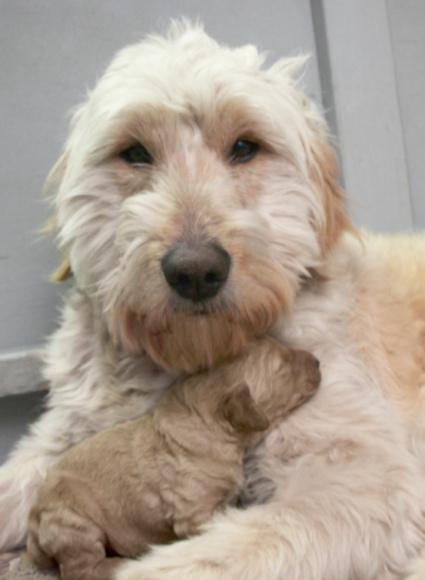 Fiddle had a singleton boy last Wednesday afternoon! He sure is a tough fellow and determined to do well in life. Being a singleton and having all the milk he wants, it will be hard to determine just how big he will get. I'm going to give him a buddy from another litter to grow up with. Fortunately mama dogs are so accepting of other’s pups. We've decided to call him Rover.

We have plenty of deposits for this little guy and are just kind of waiting to see how big he gets to learn more about his personality before we match him up. He'll be able to go home the beginning of February.