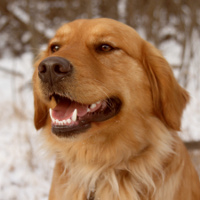 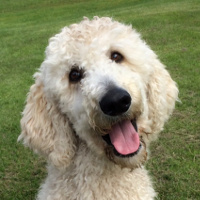 We have to say, this has been a very nice litter. There's just something about light-coloured pups that melt my heart. It may be because they remind me of Dayo's litters (a Hearty K9 legend), but this bunch has been super sweet too! They're coming out of their whelping box to eat and 'toilet' already.

The pups personalities are just budding and, I must say, playing with these puppies is fun since they seem so nicely balanced (even though they're still young). This litter will have their vet check on January 11th and choosing will happen after that. They'll go to their homes after January 25th.

I believe the majority of this litter will weigh 60 lbs and larger based on their parents size, with the exception of Whiskers. She's the smallest at this time and may stay around 45 lbs -- if she continues to stay smaller that is!

I do have a couple spots available in this litter at this time. If you're interested, please contact me. 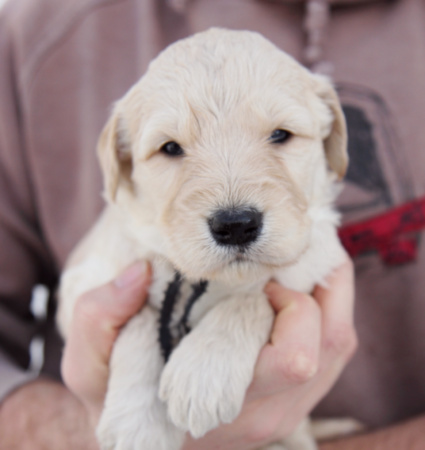 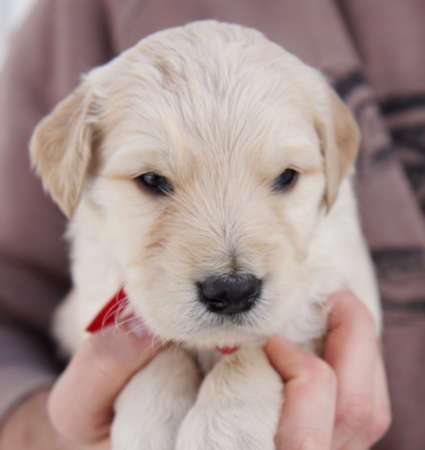 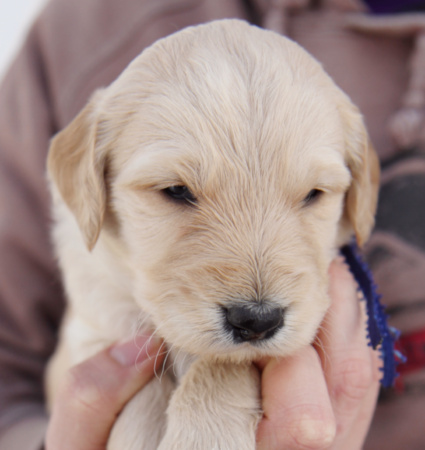 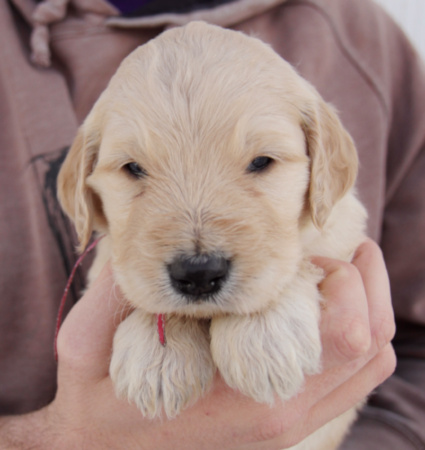 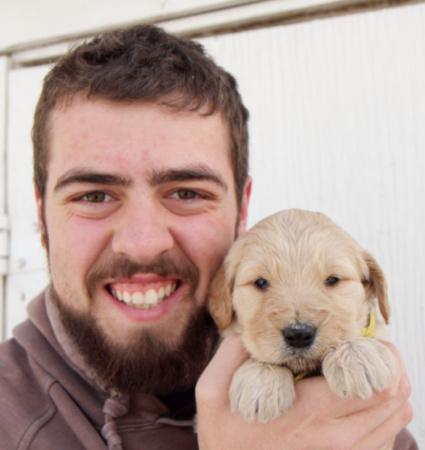 Rose: female ~ yellow ribbon -- ADOPTED
We're very pleased to say that we'll be getting a new addition to our family. Emily our oldest daughter, is engaged to be married in June! Everett likes to come and help me with the pups too... he's such a blessing!! 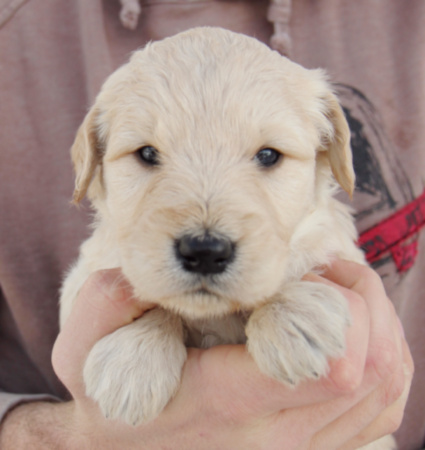 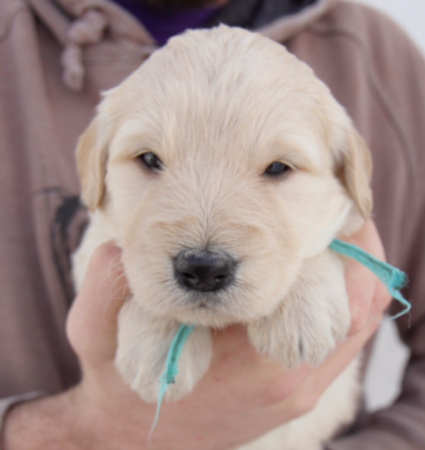 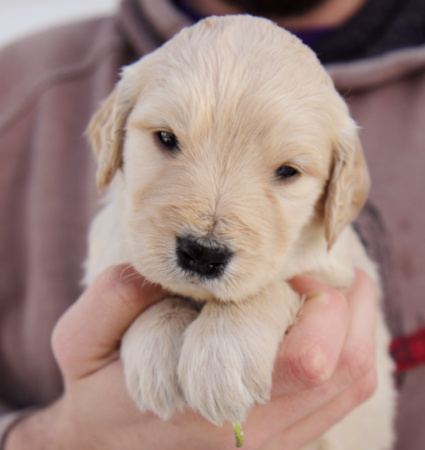 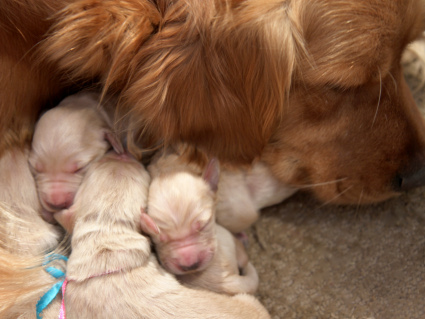 This is both Tess' and Winter's first litter. Tess had a rough first day of motherhood but has settled in nicely and is a perfect mama to her beautiful puppies. She's very attentive and the 3 boy and 5 girl pups are so sweet!!

This litter is named after some words from the lyrics of "My Favourite Things" that has been heard on the radio a lot this past while. The boys are called, Kettle, Pony, and Schnitzel. The girls we named Kitten, Rose, Snowflake, Strudel and Whiskers. After their vet check and shots in mid January I'll allow people to start choosing their pups. They'll be able to go home after January 25th.

I have enough deposits for each of these pups. We'll wait and see what the next litters bring.