Daisy is adopted to a friend in town. We hope to use her for breeding in a couple of years. This way we can still see her and raise some of her pups. She gets to be the center of attention in a family with twin boys to play with. I am very excited for them, and us, as well.

Peach is adopted -- Daisy is waiting for her family
March 4

We're experiencing empty nest syndrome. Only Daisy is left. She is so calm and wonderful and a real pleasure to have around.

Peach and Daisy are waiting for families
February 27

Callie's litter in general are a very easy-going, quiet group of pups. We had thought to keep Peach back but we're now thinking to let her go because we already have Savy (another one of Callie's pups). Perhaps we'll keep one of Ripley's pups... this is a very hard decision since both Peach and Daisy are excellent pups -- Callie's pups are always awesome. 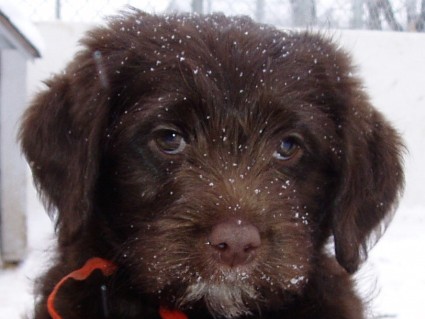 Peach is a personable little girl with big brown eyes. She plays well with the kids and is a good snuggler. Next to Yoshi she has the curliest coat. -- ADOPTED 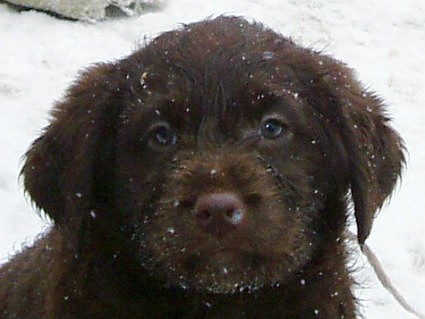 Daisy is a quiet and mellow beautiful girl who is playful and fun. She plays well on her own but also loves her snuggles. -- ADOPTED

Four and a half week update
January 30 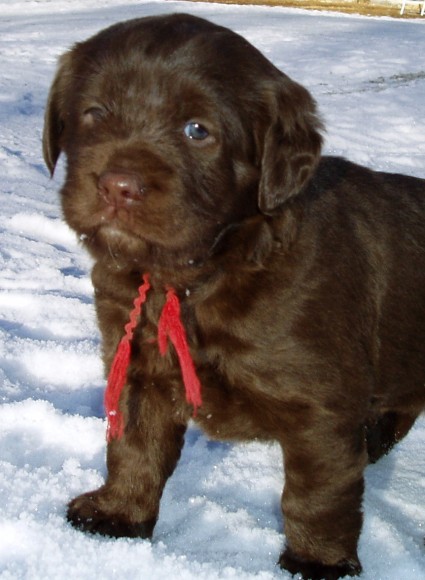 Mario is the leader of the gang. He's a happy guy and the biggest brute. -- ADOPTED 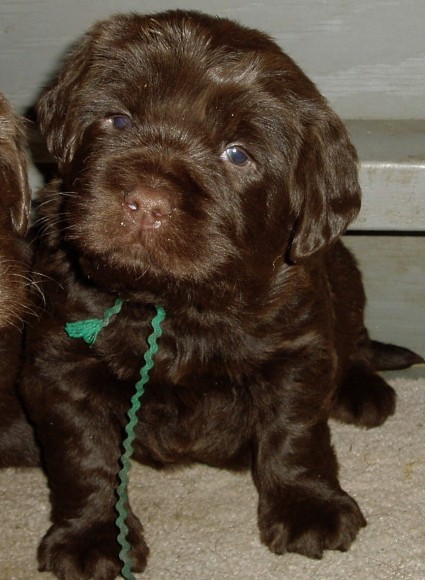 Yoshi is the quiet, gentle boy. He is laid-back and handsome. -- ADOPTED 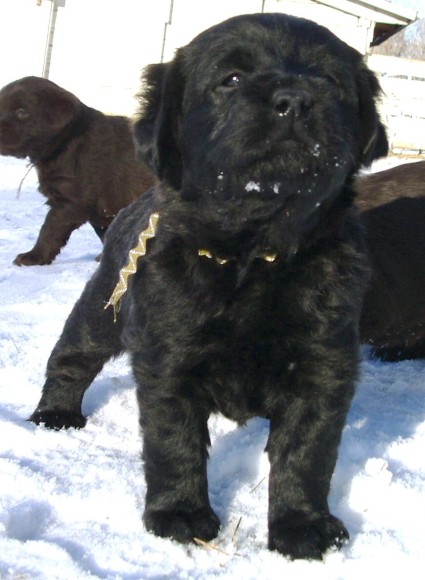 Boo is the littlest girl but doesn't act like it. She is calm, fun and reminds me of her mom. -- ADOPTED 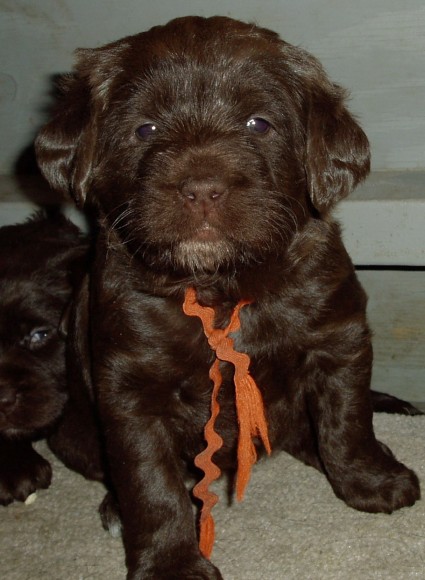 Peach is outgoing, ready to have a good time and play, play, play. -- ADOPTED 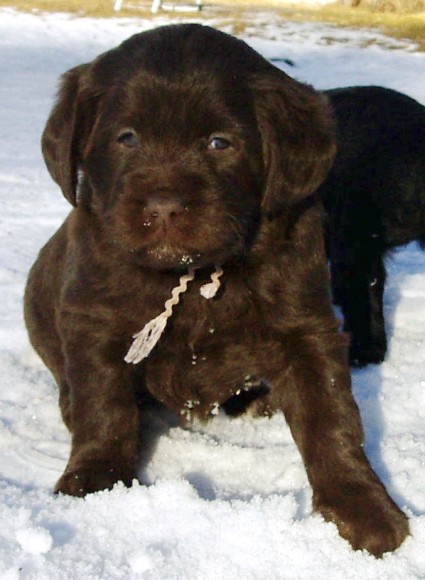 Daisy is the shy, quiet girl who likes her snuggles once she has checked out the situation. -- ADOPTED

Callie's pups are huge! You would never guess that a miniature poodle, Toby, was their Dad.

Callie has a lot of rich milk for just 5 pups and so they're growing like crazy. They'll soon lose their extra weight once they're able to put their feet under their bodies and walk around. They are soooo... cute. 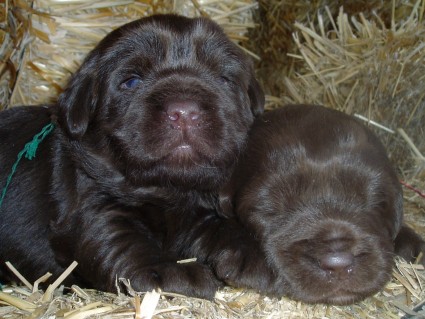 Here are Callie's pups. All are growing fast and doing well. In a couple of days it looks like they will be about the same size as Sally's pups.

We gave the kids a Game Cube for Christmas and it was Ben's turn to name the pups. So he named them after the Mario bunch.

The boys are Mario and Yoshi. The girls are Boo, Daisy and Peach. 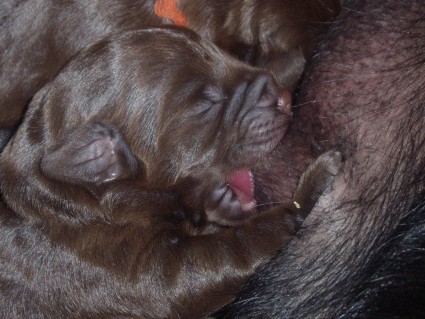 Daisy takes a drink from the milk bar between Mario games. 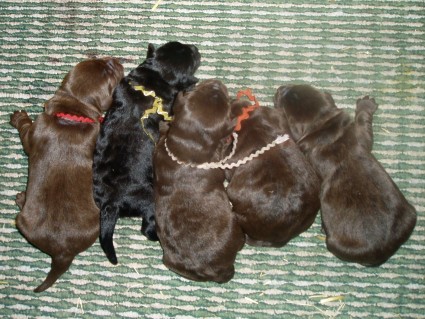 Can you tell who is who? 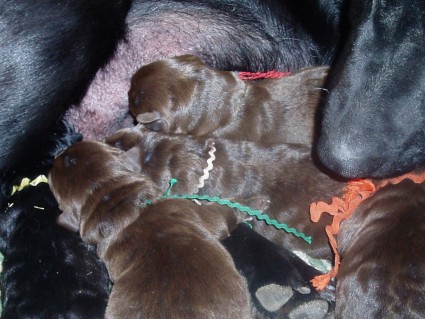