Chevy is such a good mama and her pups are really nice and easy-going at this time. They're wandering out of the whelping box to toilet and to taste softened kibble. There are a good range of sizes and coats in this litter... looking forward to see how they blossom with personality in the next while!

For those who are wondering, the tiny little girl is not so tiny any more. She, Sonic, is still smaller than the rest but is growing and thriving well!

The choosing for this litter will occur after their vet visit on December 7th. At this time I may still have one pup available, but won't likely know until after the 12th when folks with deposits have chosen their pups.

Also see Tomorrow's pups for future litters, and FAQ on how our adoption process works. 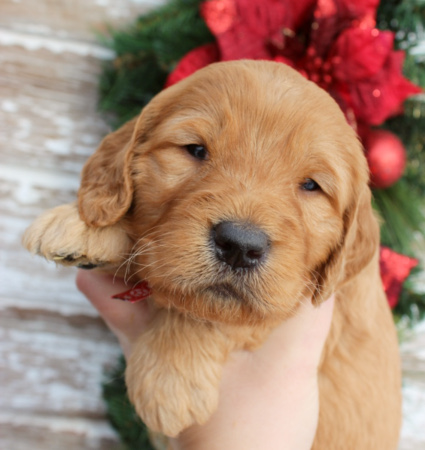 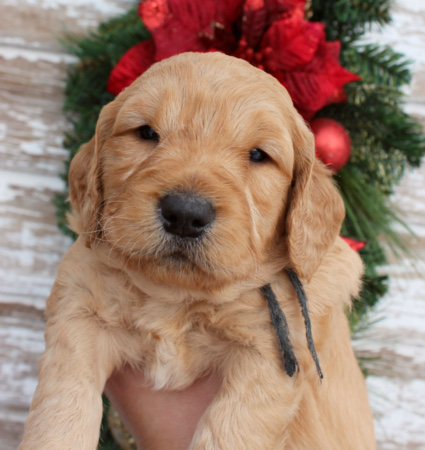 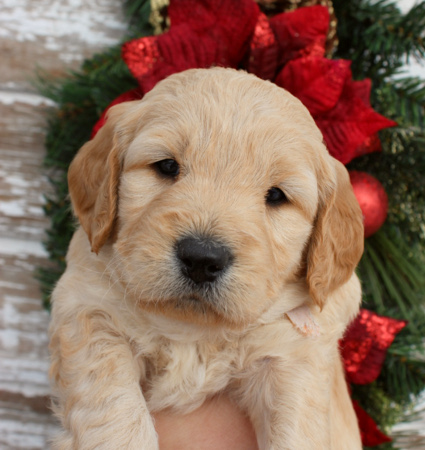 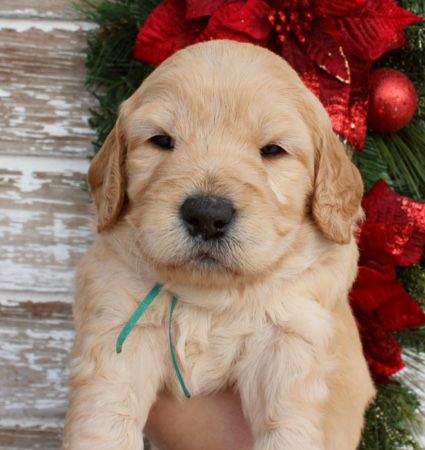 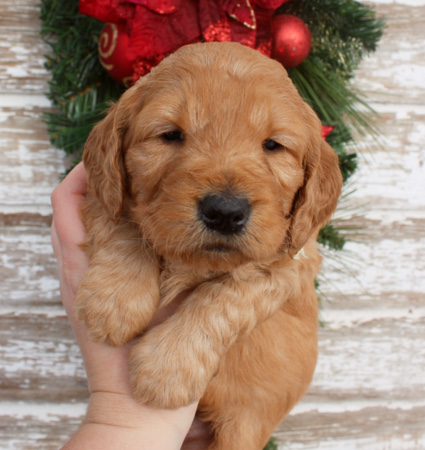 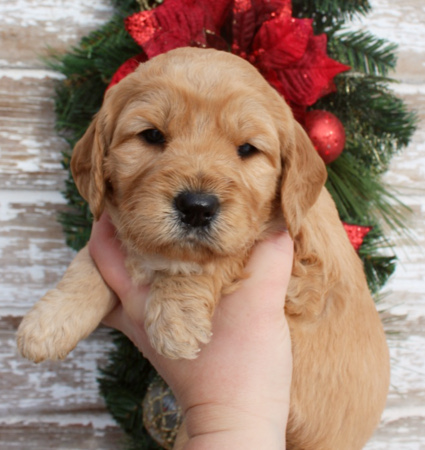 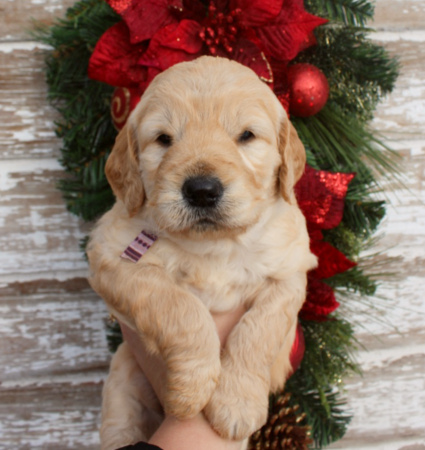 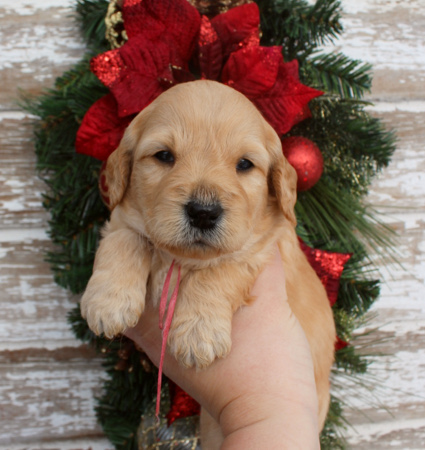 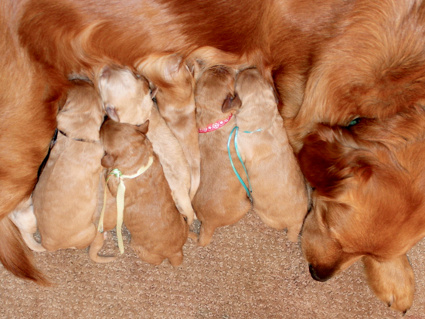 This is Chevy's first litter and she was absolutely delighted to show me what she was up to when I came home from church on Sunday! She was so happy to show off her 8 little ones and she cares for them diligently!

There is one tiny one and she's thriving well so far. I believe she was a little premature and was conceived later than the others, as her fur was very short and somewhat translucent when she was born. We'll see what happens. It's good that there are more place settings at the milk bar than there are pups so she has a fighting chance. It seems like the siblings are caring for her and letting her eat. She is always found snuggled between the rest who are keeping her extra warm.

I expect the pups will range in size from 30-75 lbs on average (as per Horton's history) but we'll see how they grow. Since Chevys are not a common make of vehicle at our place I thought we could name this litter after different models of Chevs! The boys are Colorado, Corvette, Cruze, Silverado and Tahoe. The girls are Camaro, Malibu and Sonic.

This litter is all spoken for. They'll have their 6 week vet check and vaccines on December 7th and most of the choosing will likely happen between December 9-12th. Pick up can be the December 20 weekend, but if Christmas becomes busy for you I'll be glad to hold the pup until after Christmas.