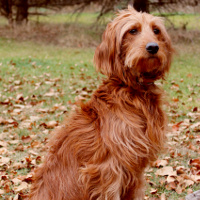 Oh my melting heart!! These pups are simply beautiful from the inside out. They're already starting to go to the bathroom outside of their whelping box and are munching on softened food. Their personalities are starting to develop and I look forward to them blossoming as time progresses.

At this time Golden, Harvest and Photo are the largest 3, and the girls, along with Guest, are the smallest. Choosing for this litter will happen after their 6 week shots on November 23. They can go home after December 7th.

All of these pups are now spoken for. 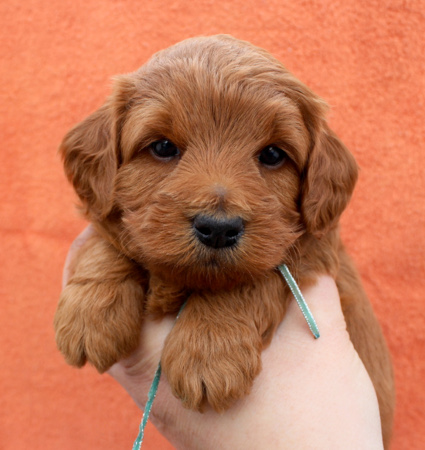 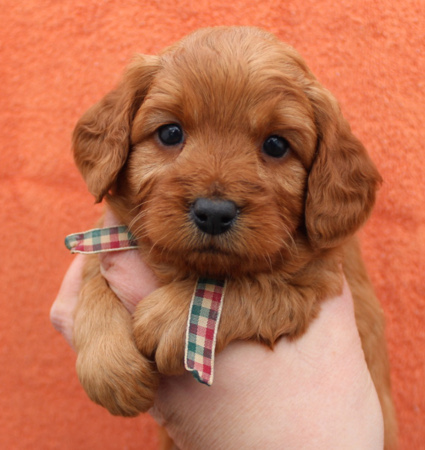 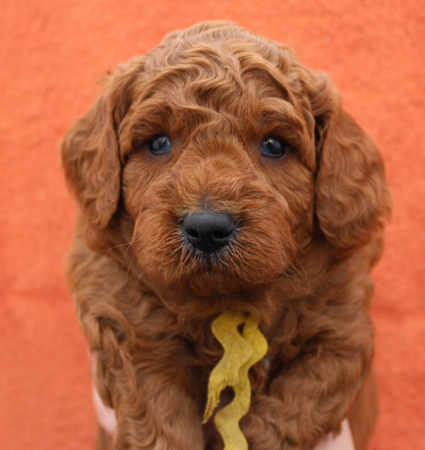 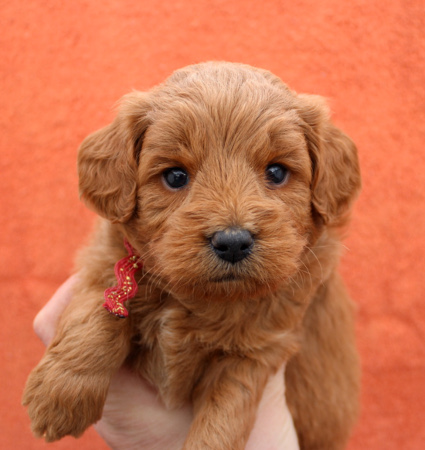 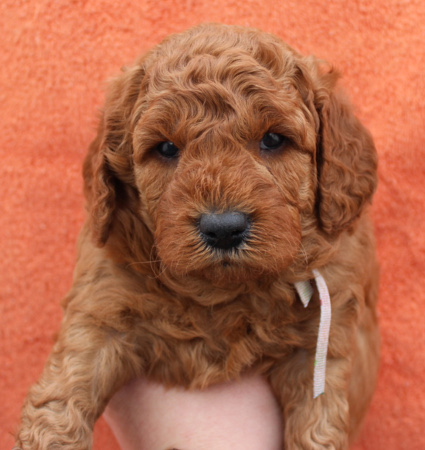 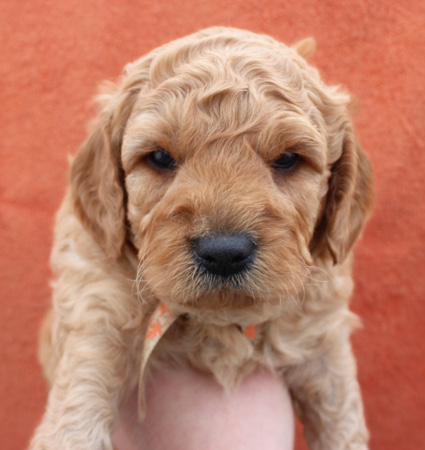 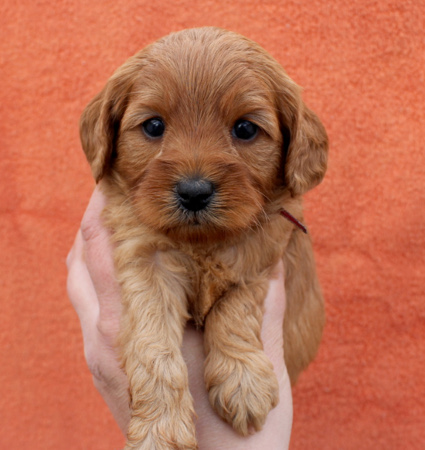 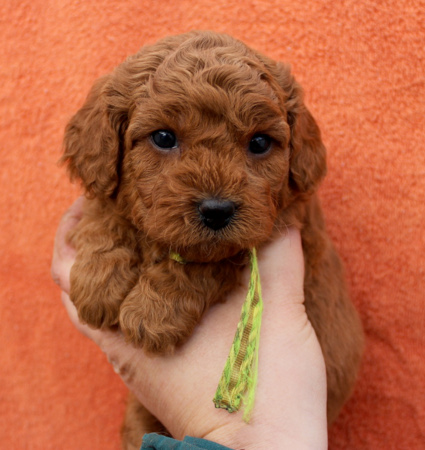 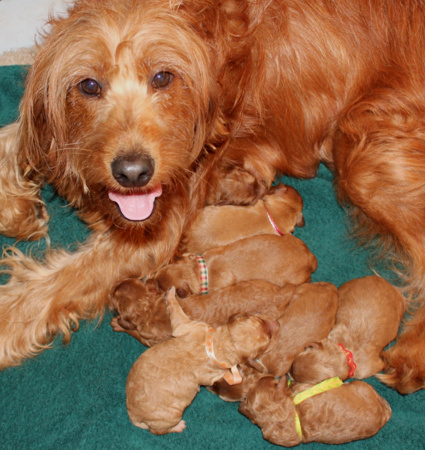 We were glad to see Ginger's 8 pups (2 girls and 6 boys) arrive on Monday morning to top off a wonderful but busy weekend.

This Thanksgiving weekend was full of festivities that included lots of family and friends from near and far (from BC to Manitoba). We celebrated Dean's parent's Golden (50th) Wedding Anniversary, attended a wedding, had professional family photos done, harvested (before and after the gale force winds on Sunday) and also provided one of the two Thanksgiving meals that we partook of! The harvest is still not quite done yet... but getting close.

These are the collage of names we chose to commemorate this weekend: Blessed, Feast, Golden, Guest, Harvest, Photo, Anniversary (Annie), and Gale.

These pups will likely range in weight from 15-35 lbs. They'll be ready to go home on December 7th at 8 weeks old. At this time I already have enough deposits for this litter, unless someone backs out.

My next mini/medium litter will likely be this summer.