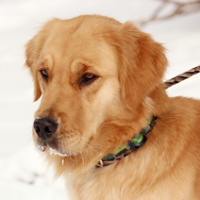 Winnie's and Horton's pups have always been adorable since the day they were born but they just keep getting cuter! The majority of the pups seem to be developing nicely with less shedding-type coats, which is nice for F1s. They seem to be early achievers and were up and walking at 2 weeks old as soon as their eyes opened. The pups were quick to find their way out of the whelping box and to bathroom outside it. All I need to do is to give them a step and they'll soon be outside doing their business and enjoying the sun.

The choosing for these pups will occur on the first weekend in May and they can go home after May 7th. I have one spot left to hold a pup in this litter at this time.

Please contact me if you're interested. You may also ask to be placed on a backup wait list in case someone backs out for either Montana's or Winnie's litters. 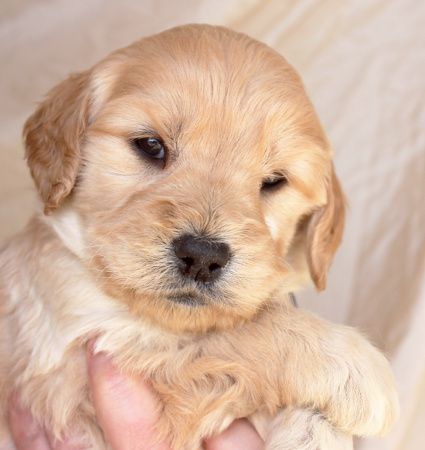 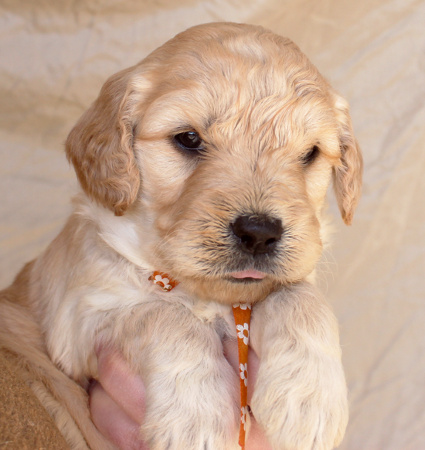 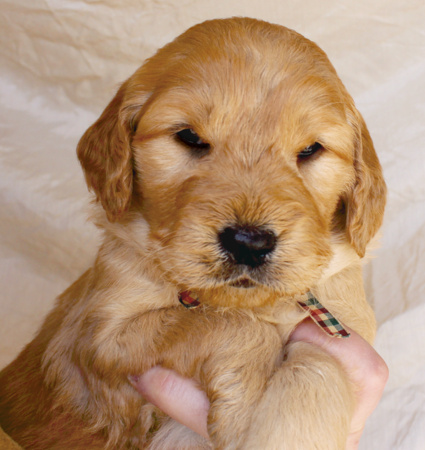 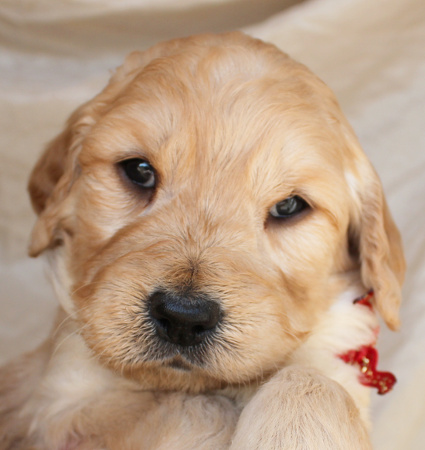 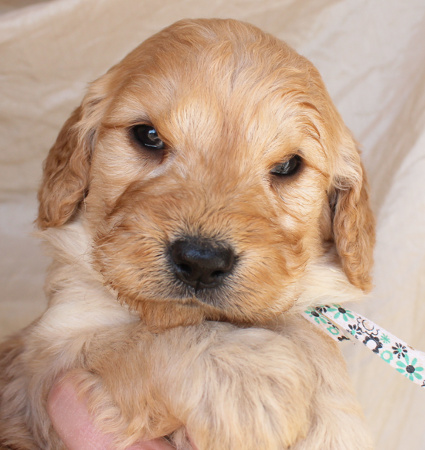 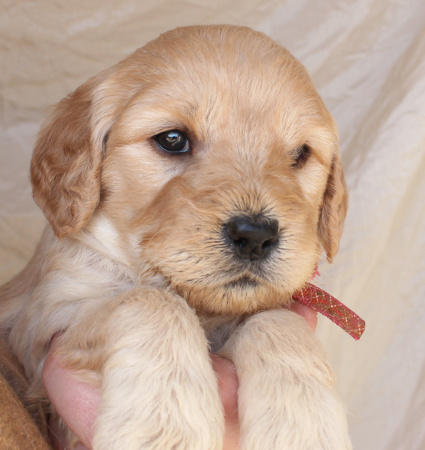 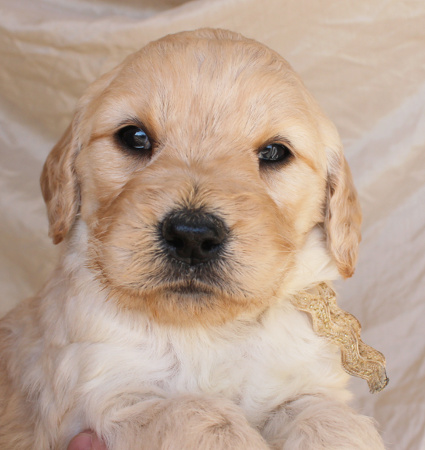 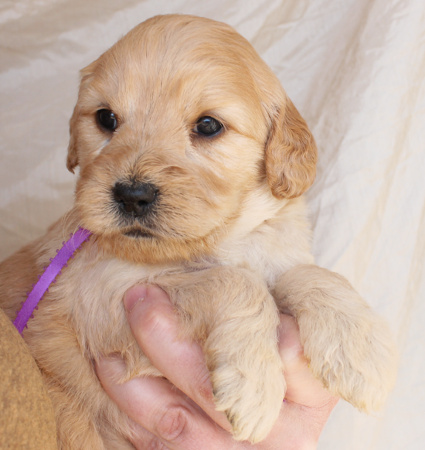 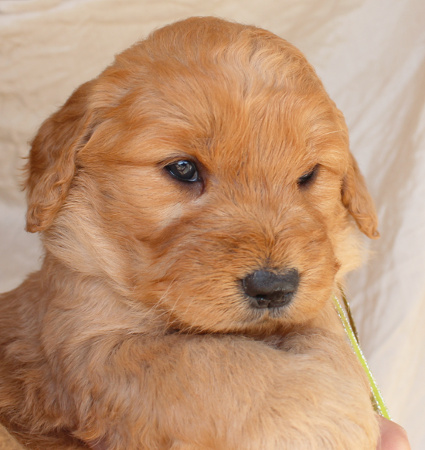 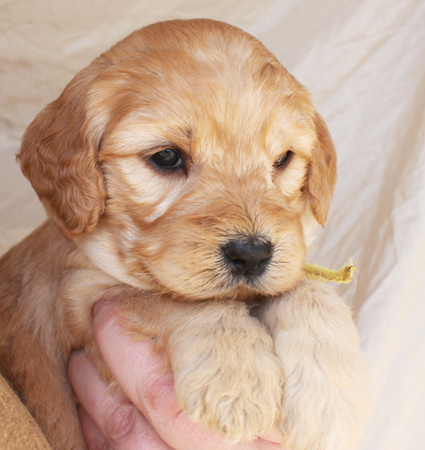 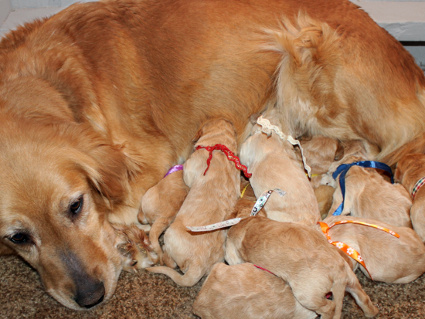 Although Winnie looked like she could give birth any day for the last 2 weeks, she was right on time with her due date of March 12th! She started early morning and was done about 8 am.

Winnie is an excellent mama and her pups are all thriving and doing very well. The size range in this litter will likely be from 30 lbs and up to 60 lbs. There is one fairly large boy... he may be 70+?

The names we chose for this litter are from the lingo that has been flying around our 99 year old house lately. We're in the midst of painting and putting new flooring in our living room and kitchen.

The boys are named: Bennet, Dap, Manchester Tan (paint choice), and Mannington Rum (flooring). The girls are: Arborite, Aura, Havana, Prime, Reclina (it all started with getting a new reclining couch), and Spackle.

Choosing for this litter will happen the first weekend in May when the pups are 7 weeks old. They can go home at 8 weeks old, which is the following weekend (and in time for Mother's day! :)

I'm now taking more deposits on this litter. Please see how our choosing process works on FAQ and contact us if you're interested.