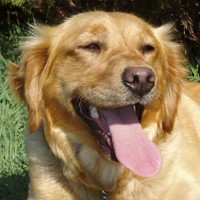 Now that Mr Beaver is with his new family our current Narnia adventures come to a close. We look forward with anticipation to hear of the new adventures from the families of Mr Beaver, Aslan, CS Lewis, Edmund, Lucy, Mr Tumnus, Narnia, Peter and Susan. Until next we meet...

Mr Beaver is still looking for a family
February 27 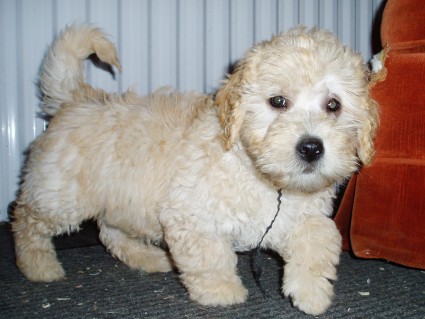 Mr Beaver is quite the character. He has a great sense of humour and likes to tease both humans and dogs alike. He also likes to "push the envelope" on who is boss, so we keep on top of him. His coat is fairly soft and curly and has already been started with house training. Mr. Beaver may grow to be around the 30 lbs mark.

The story with his eye lid is that it was scratched open by one of his littermates' claws. It grew back together incorrectly and he has required surgery to correct it. The vet states he will be good to go with no ill effects. He still requires one little "tuck" to be done to his eyelid and he can be homed after March 1st. He has become a special little boy to us. 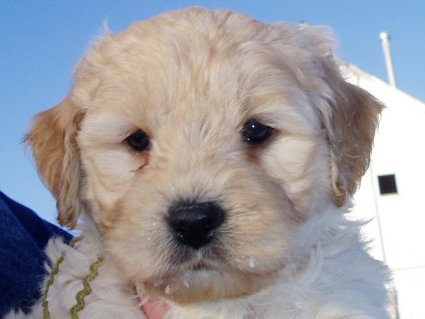 Aslan is a fun-loving witty boy and ready for loving! -- ADOPTED 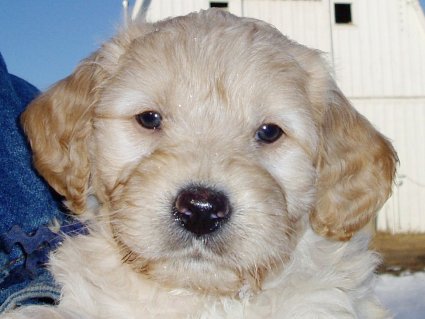 CS Lewis is the darkest, biggest boy who is showing some dominant qualities but is very loving and cuddly. -- ADOPTED 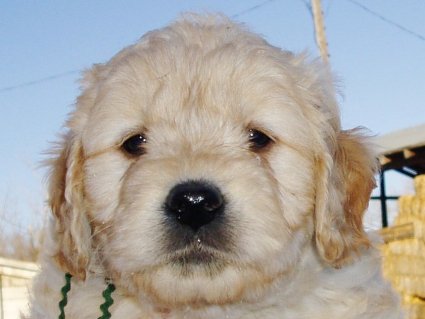 Edmund is the big boy that's all heart. He is a gentle soul and lots of fun. -- ADOPTED 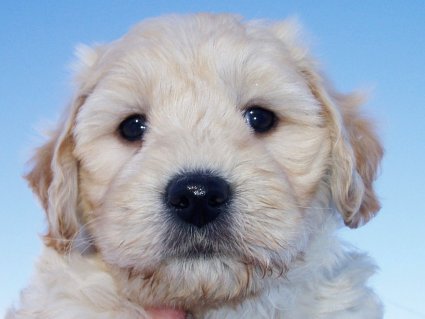 Lucy (the biggest girl) has loads of energy but is still gentle. -- ADOPTED 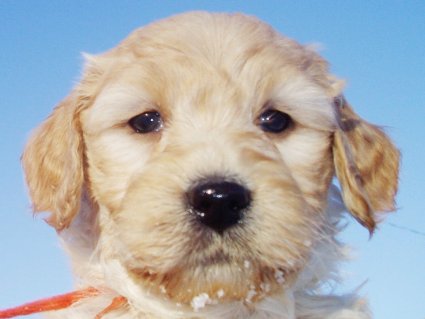 Mr Tumnus is a medium-size pup with the darkest coat. He is a real sweetie and lots of fun. -- ADOPTED 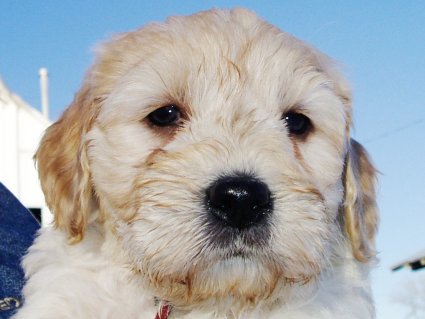 Narnia is a smaller spunky boy and a real tease. -- ADOPTED

Peter is the smallest boy - cuddly, playful and sweet. -- ADOPTED 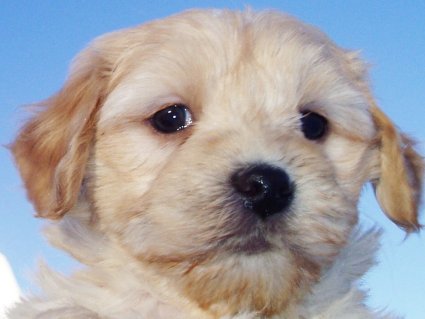 Susan is the little baby girl. What a cuty. She plays well on her own but still loves to be with people. --ADOPTED 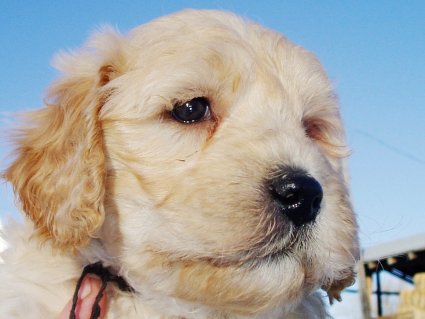 Mr Beaver is a tough boy and is ready to play at a moments notice. -- ADOPTED

We are holding Mr Beaver back until he can undergo surgery to correct his funky-looking turned-in eyelash. Our vet believes it may be due to an injury which did not heal properly received from one of the other pups.

The adventure continues as the pups grow...
January 15

Sally's pups are growing up fast... a little too fast for me. They're so darn cute when they're playing. Sally is very doting with her pups and makes sure they're always safe. They're just nicely starting to eat mush if she lets them. The pups wander out of the whelping box now much to Sally's dismay. I think she would like them to stay little too!

At this point there are no pups that really stand out in behavior. Their tendencies change every week at this point in their lives. Sally's and Jag's last litter grew to be 20-55 lbs. so my guess is that Peter and Susan will be on the bottom end, Edmund and CS Lewis on the top end, and the others somewhere in between. Their coats all have a good wave to them (some more than others) which usually gets wavier as the pups get older.

Narnia, Peter and Edmund mull over their last adventure.

Lucy and Susan keep a lookout while Aslan is on the move.

Sally's pups were born last night. She didn't follow all the regular cues when I saw her last night - her temperature had not gone down and she was not shivering or nervous. So... much to my surprise, when I went to see her this morning she had 9 beautiful pups. They were all quite uniform in size. All were drinking, quiet and happy.

Sally is an amazing mom! She had them all in the whelping box, warm and snuggled in tight. For some reason it was the best night's sleep I had in a long time!!!

Emily was home from school today, sick. She wasn't well enough to go and see them at first so I took pictures of each of them. As I checked them all out I found there are 7 boys, and 2 girls. We decided to name them after the Chronicles of Narnia - (C.S.)Lewis, Aslan, Peter, Edmund, Mr. Tumnus, Narnia and Mr. Beaver for the boys, Susan and Lucy for the girls. 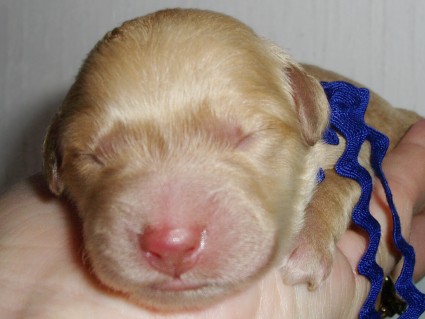 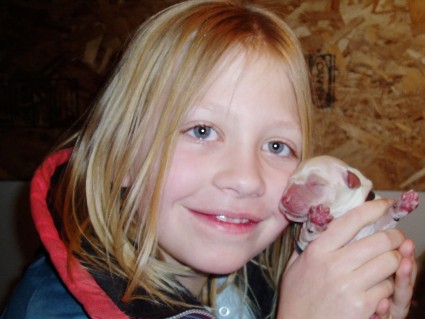 Emily and Narnia... what a good day to have a sick day! 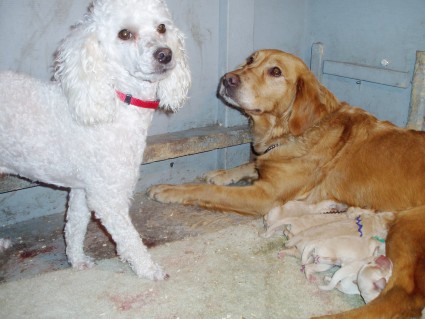 Jag fathers lots of boys and he's proud of it! - Sally says, "what about me?" 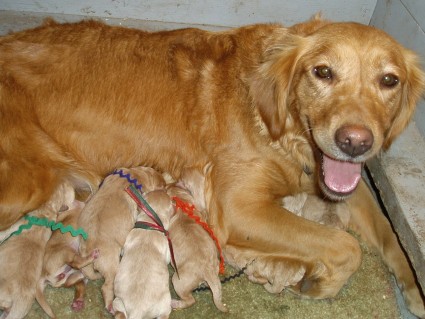 Now that's a picture of a happy mom!!