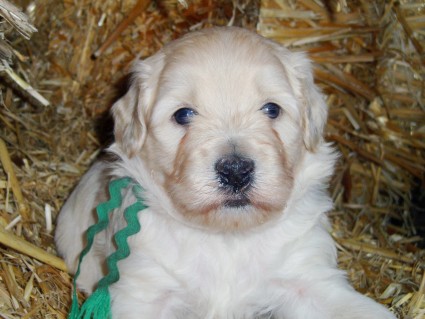 Fred is a bigger boy, friendly, and can't wait to go live in Okotoks, AB, with his new family. - ADOPTED 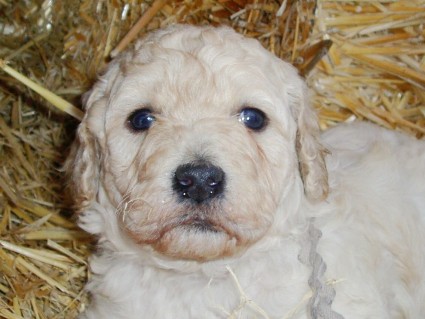 Wilma is quiet, gentle and loves her snuggles. - ADOPTED 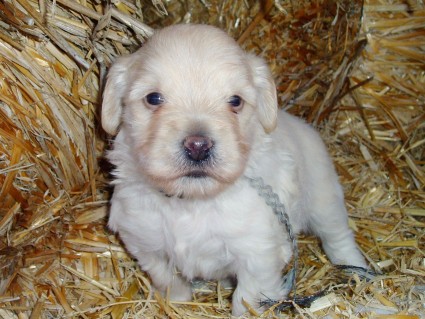 Barney is a playful, active little guy, and we guess he'll only grow to be around the 20 lb mark. - ADOPTED

Give us a call, or send us an email, if you think Barney may want to be adopted by you.

I stayed up until 4 am Sunday morning waiting for more pups, but there were only 3!!! We still couldn't believe it so we checked later to see if she decided to pop out some more -- but 3 it was.

Not only that but I feel like I know a lot less than I thought I did. I think God likes to show us that every now and again :-)

In both Poodles and Labs black is a dominant color. Nite Nite's parents were both black so I assumed that 3/4 of her pups would be black... and here they are all cream!

These pups look so fragile and tiny compared to Zoey's pups. They're a bit more than 1/2 the weight as Zoey's were at birth.

Emily is thrilled but surprised at such a small litter. She had a lot more names picked out. BUT we know that these pups will be especially fun being that there are only 3 to spoil.

Nite Nite is a good mom. She has such a gentle nature, and humourous too... we love her. She is just not photogenic! 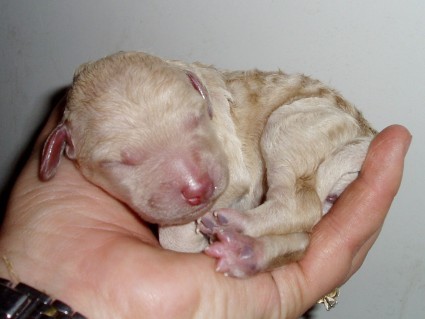 Wilma: a late night miracle in the palm of my hand. 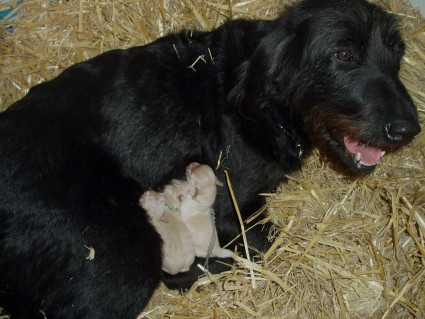 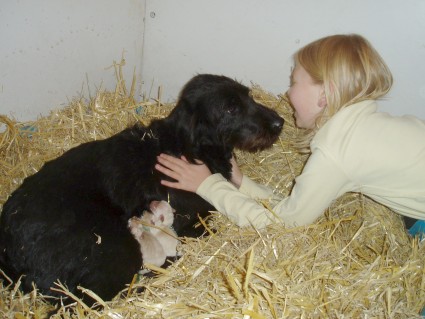