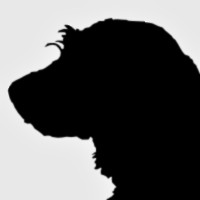 It's been just a little over 5 weeks since the pups were born but it seems much less. Soon our pups will be gone, but not out of our hearts.

We have 5 pups left. They are: 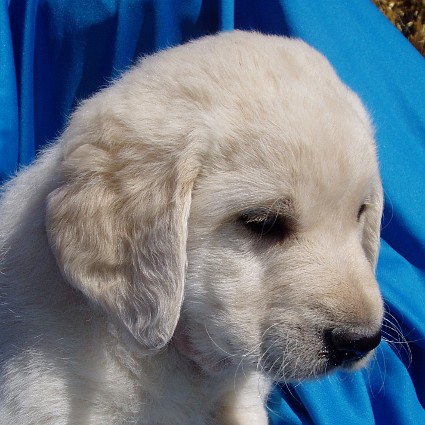 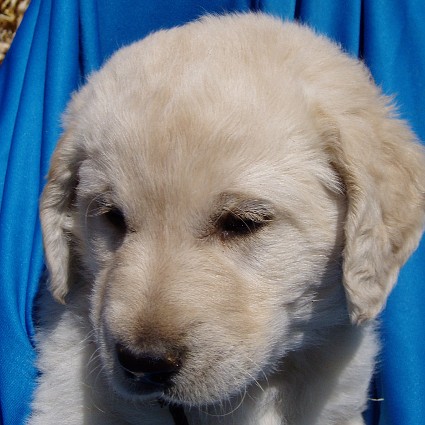 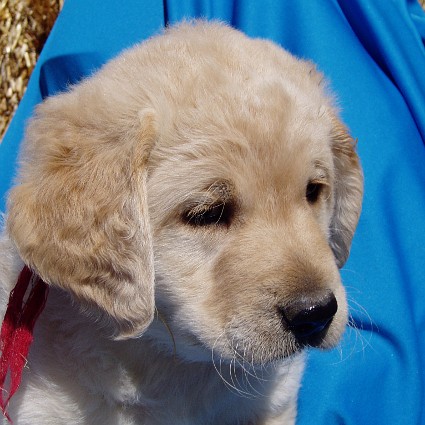 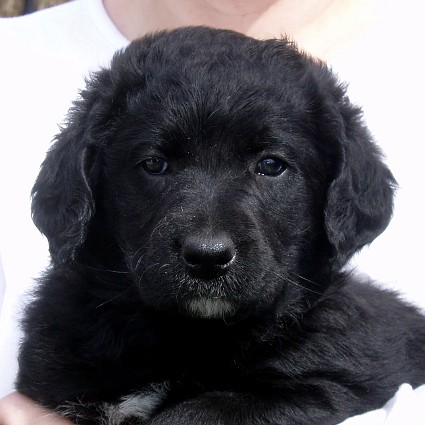 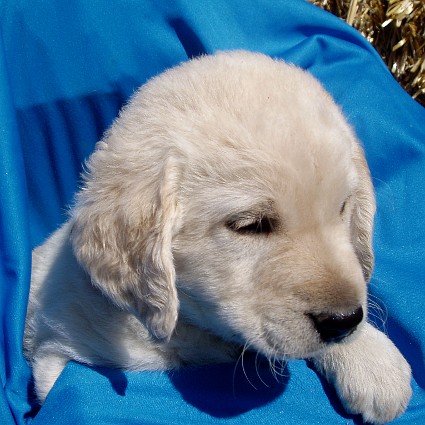 The pups are growing up
April 11

The pups are growing up. Personalities change a lot in the early weeks, but this is what I've found so far: 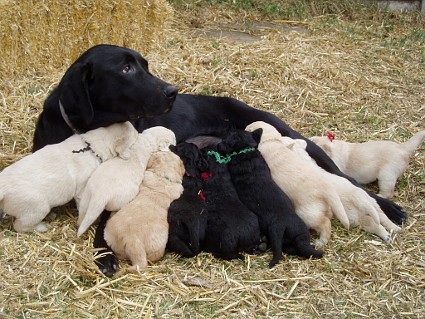 Oh my! whatever will I do with all these puppies? 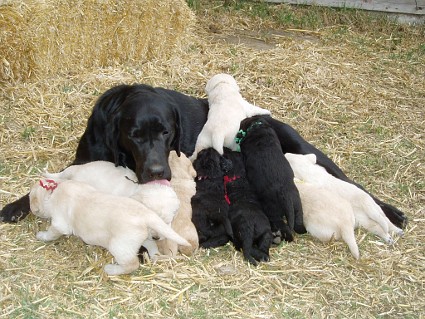 Callie is a great mom 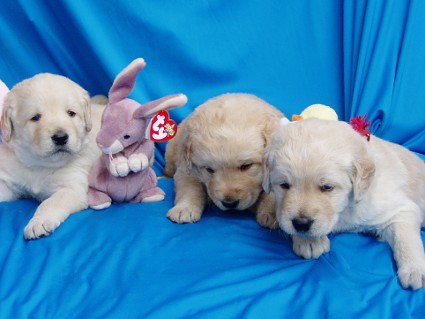 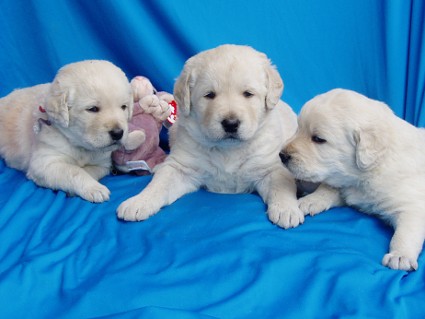 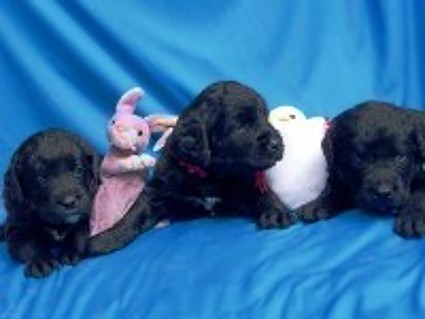 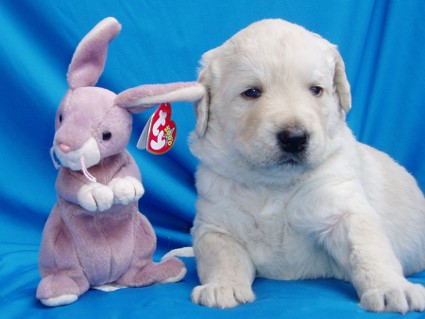 Cory in a pensive mood 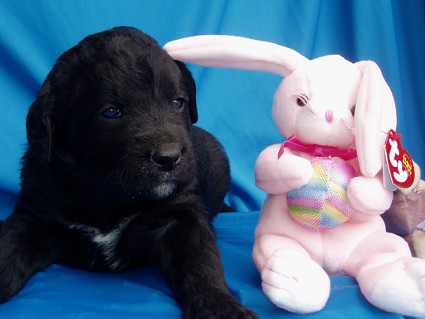 Jamie and that pesky wabbit!

We are pleased to announce the arrival of Callie's pups. They came a week earlier than expected but our pups are here! They were born between 4 pm to 2 am (into March 20).

Sired by a white standard poodle and a black lab mother we ended up with 3 colours of pups. Their names and ribbon colours are: 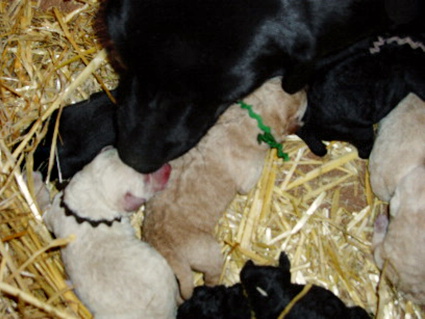 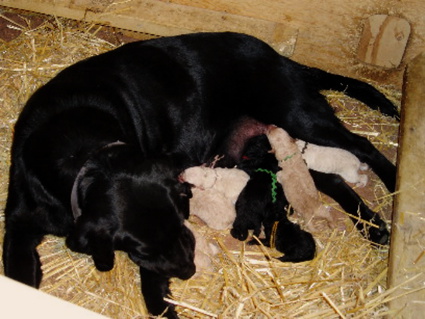 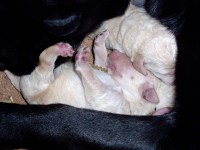 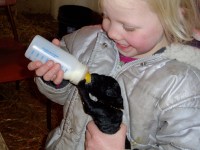 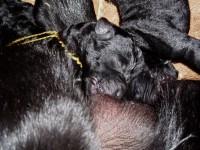 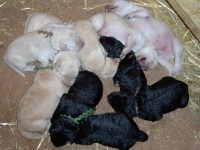